Increasing your bond with someone will result to stronger SAS abilities 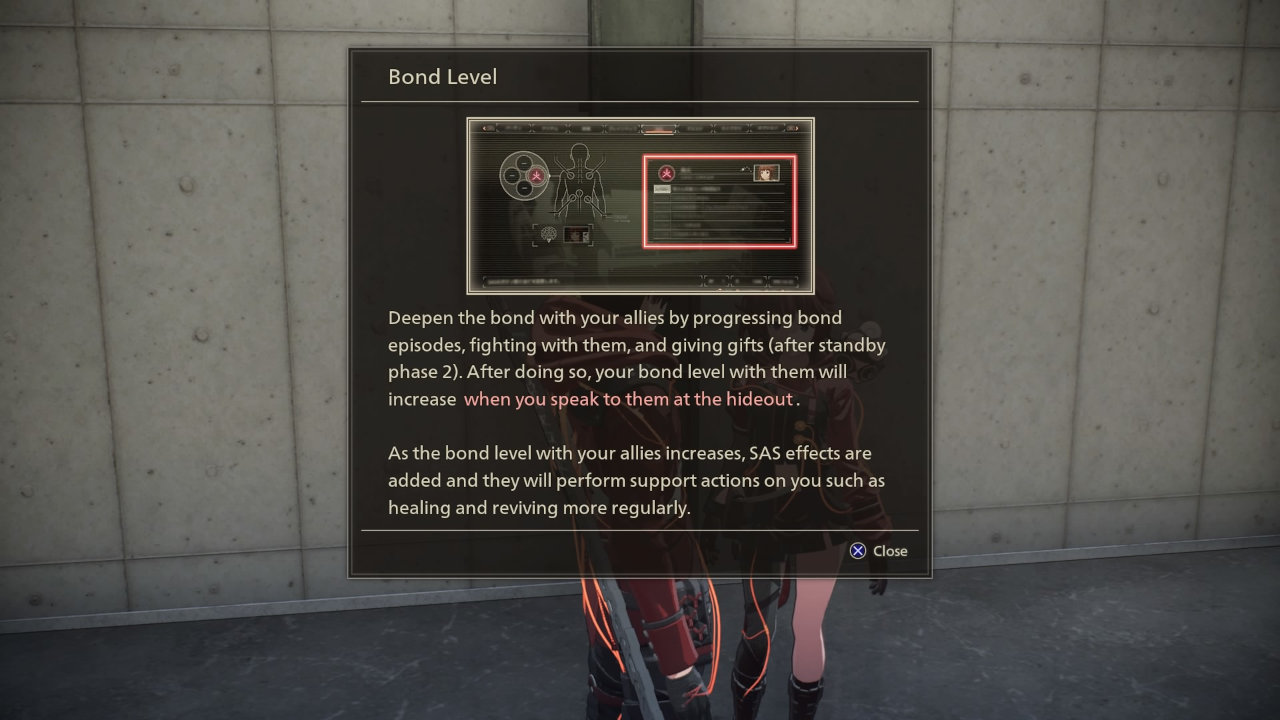 As you gain more party members in Scarlet Nexus, the more combat options unlock for you and you can even increase the bond you have with each of them to expand further their toolkit.  As you may already know, the SAS system lets you use your friends’ powers to boost your own abilities to a certain extend. The are a couple of ways to increase that boost, both stat wise and with additional perks, but the most impactful method is by increasing the bond with the owner of that power. Let’s see more details right below.

How to increase bond with your party members in Scarlet Nexus

As mentioned above, the stronger the bond with a character, the better abilities you can unlock and take advantage of during a SAS synch. There are a total of six bond levels you can increase with any teammate, hence six different traits you can get with each power. That is actually quite a lot, considering the many party members you can have in your adventure.

To increase that bond, you can do it in several ways. Having that character inside your party and battle alongside with them, is one and the most self-explanatory of the bunch. Even if you don’t have that party member’s SAS ability equipped, you still increase bond with that person you fight with. Another way is by giving them gifts, which automatically increase that bond by a certain amount. There are all sorts of gifts you can give, which you can either find, craft or directly buy from the shop, so keep an eye out for whenever you can get some. Each member has a certain type of gifts that will accept, but there are some ‘universal’ ones as well.

Lastly, the most efficient way to get a bond boost, is through bond episodes. These are essentially scripted sequences, either purely cinematic or sometimes in the form of a short dungeon-crawling experience, that after you complete rewards you and that party member with an increased amount of bond points.

In order to be able to offer gifts or experience some bond episodes, you need to find that character in your Hideout, which you unlock after you progress through the story a little. As the game calls it, you need to be in ‘standby phase 2’ to be able to do so, which is the time where everyone is resting in that Hideout. They will have a special icon above their heads if they have an available episode, so always check out with your party before you embark on a mission. Do that, and eventually everyone will have their bonds raised enough for you to utilize their awesome, new techniques. Some are really busted, so give it a try and see for yourself.