Scorn Prologue Egg Puzzle: What Are You Supposed to Do with the Pods on the Wall?

Easily the most disgusting gacha machine yet. 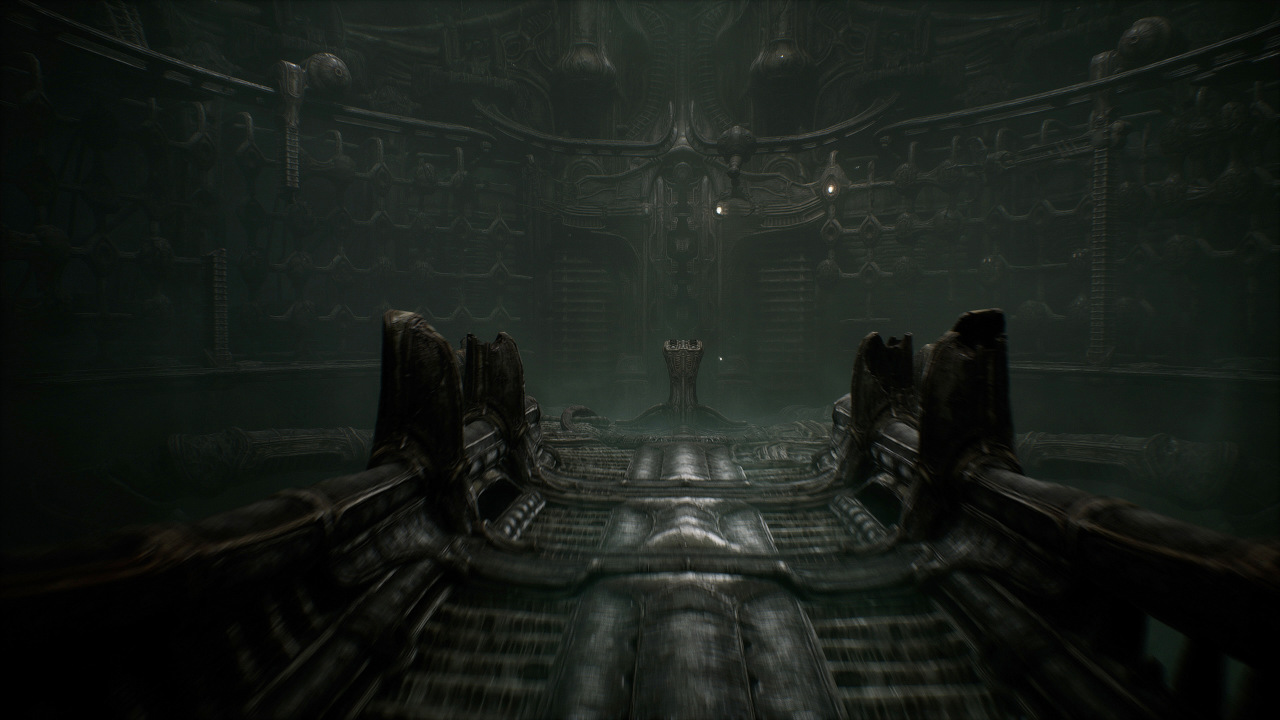 In Scorn, there are plenty of puzzles and combat situations you can sink your teeth into. However, you might find yourself overwhelmed at first with the cryptic obstacles in your way toward progress, due to the nature of the title not leaving objective markers or hints around. The first true puzzle you must complete in Scorn is on the upper area in the prologue, a wall littered with pods along a series of rails. You might be wondering what the point of this puzzle is, but regardless, you’ll need to complete it to progress.

How Do You Solve the Wall Pod Puzzle in Scorn? 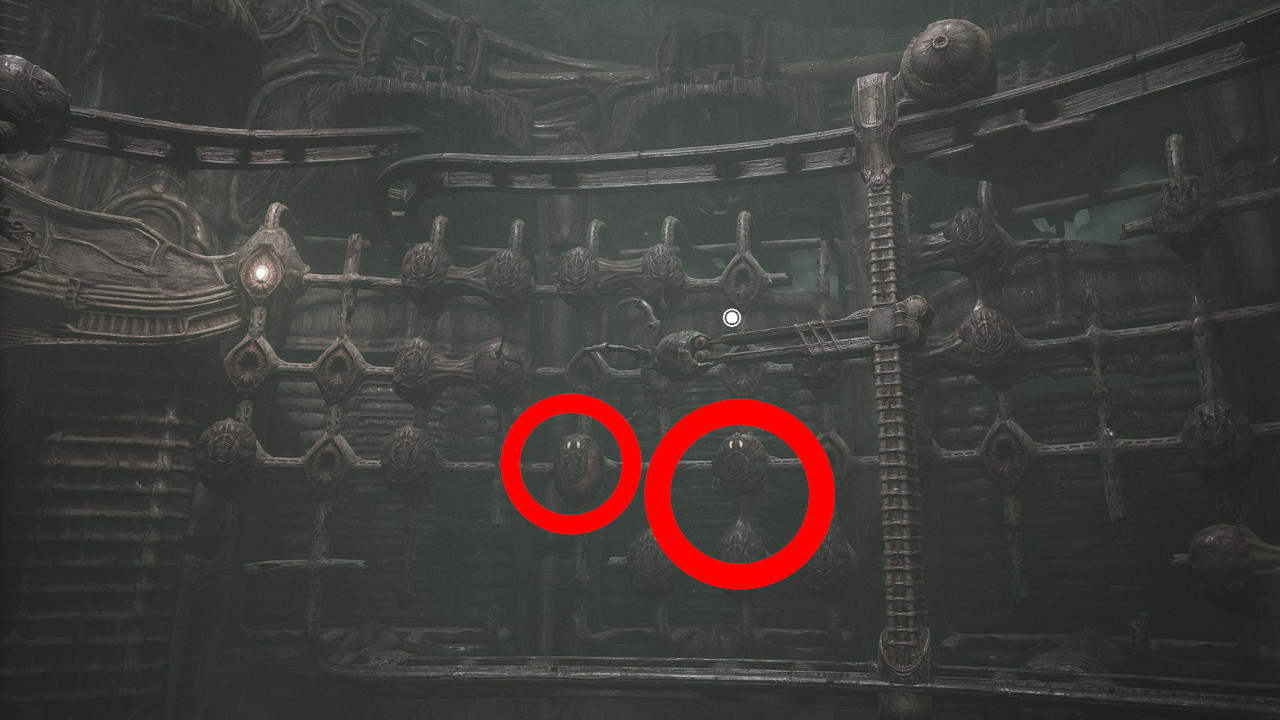 As pictured above, you’ll notice 2 pods in particular that appear to have 2 glowing points – 1 by itself, and 1 with a conjoined pod, both of which you’ll want to bring to the glowing point on the top left. You can control the console to the right on the platform to move the crane, and once you have the single pod on the glowing point, use the console at the front and center to take it off the wall. Getting the single pod off the wall begins the real challenge, but it’s not too bad.

How Do I Get the Double Egg Off the Wall in Scorn? 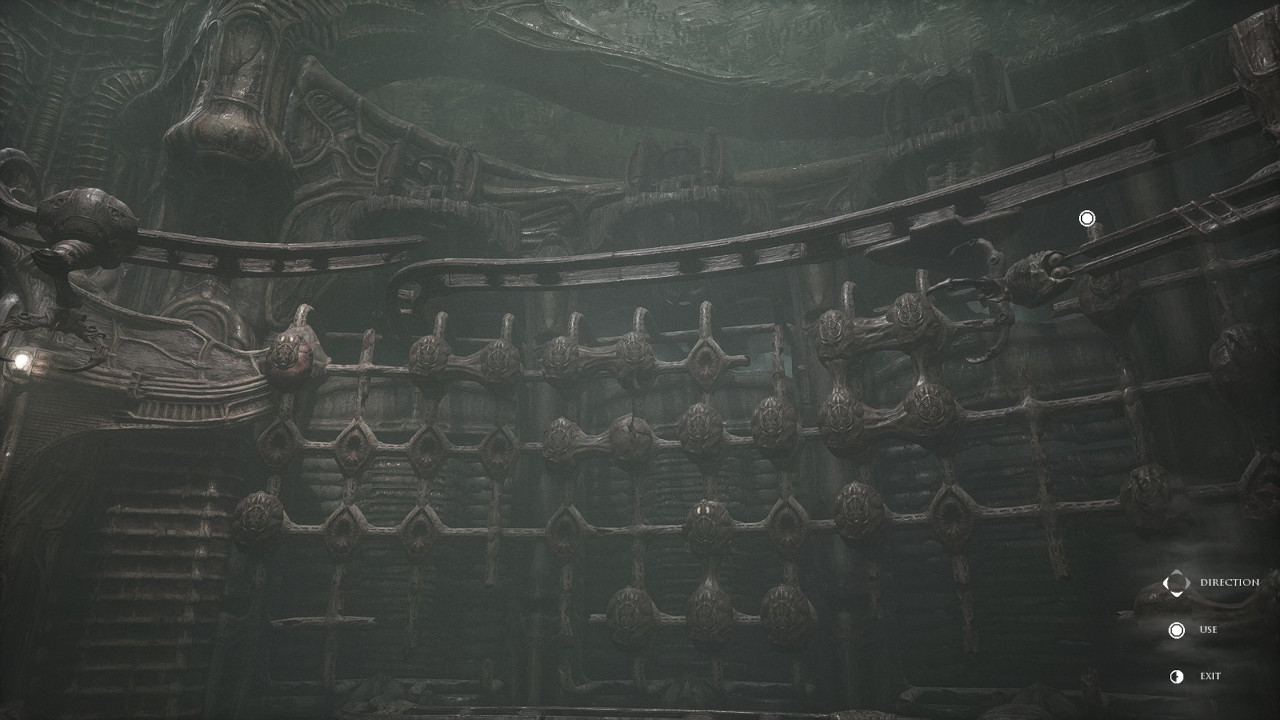 Your main objective is to fully clear the path for the horizontally-oriented double egg, as you’ll notice that past the middle point where the tracks dip down, there can’t be anything in the way, otherwise it can’t be brought to the glowing point. To that end, you’ll need to move all the single pods to the bottom-right area and eventually get the double egg out to make room for the rest. Note the single empty spot on the right, below the 4 connected pods, you’ll need to move a pod over there to make room. After some movement, you should have an assembly like the one pictured below: 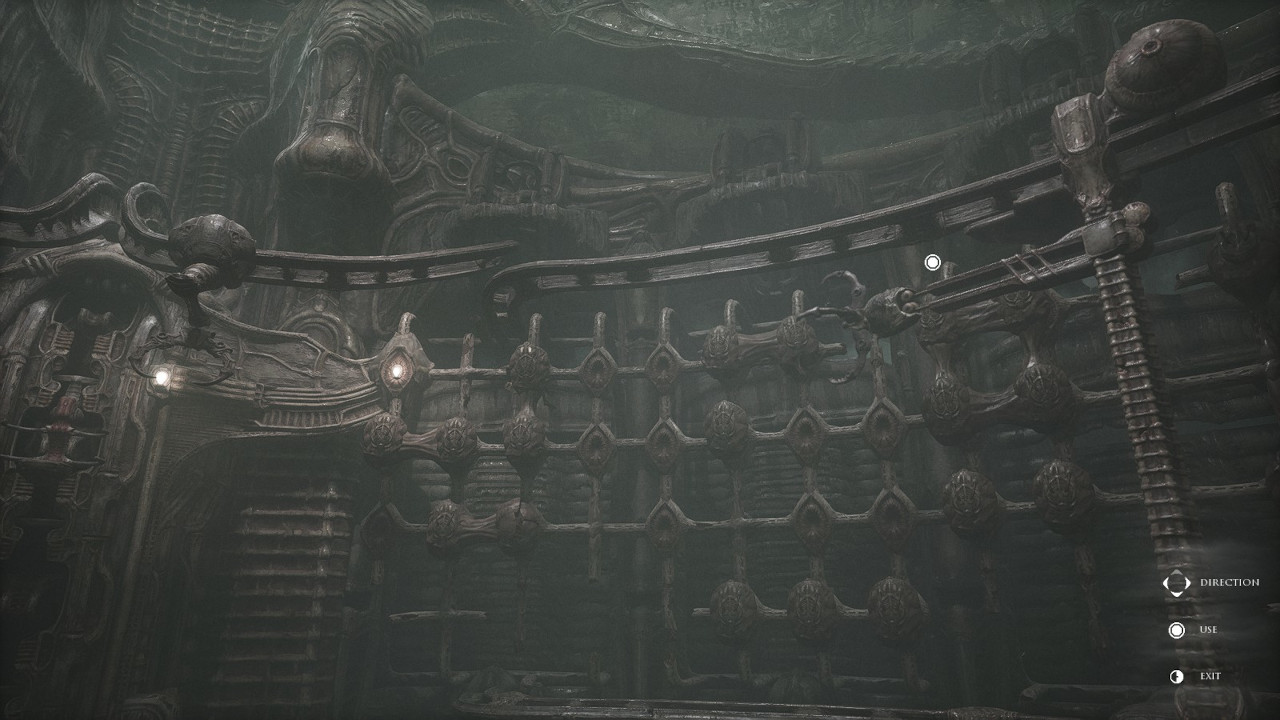 Note that the single pods are easy to move to the required spots, but keep one out until you’ve moved a horizontal double pod along the tracks and into the lower available spot in the above picture. You can then move the single pod above it to the right, essentially giving room for the other double pods to sit adjacent and above. The points from this step should be considered the ‘key’ to solving this puzzle. You should be left with a set of horizontal pods and your objective, the vertical pod you want to open, in the picture below: 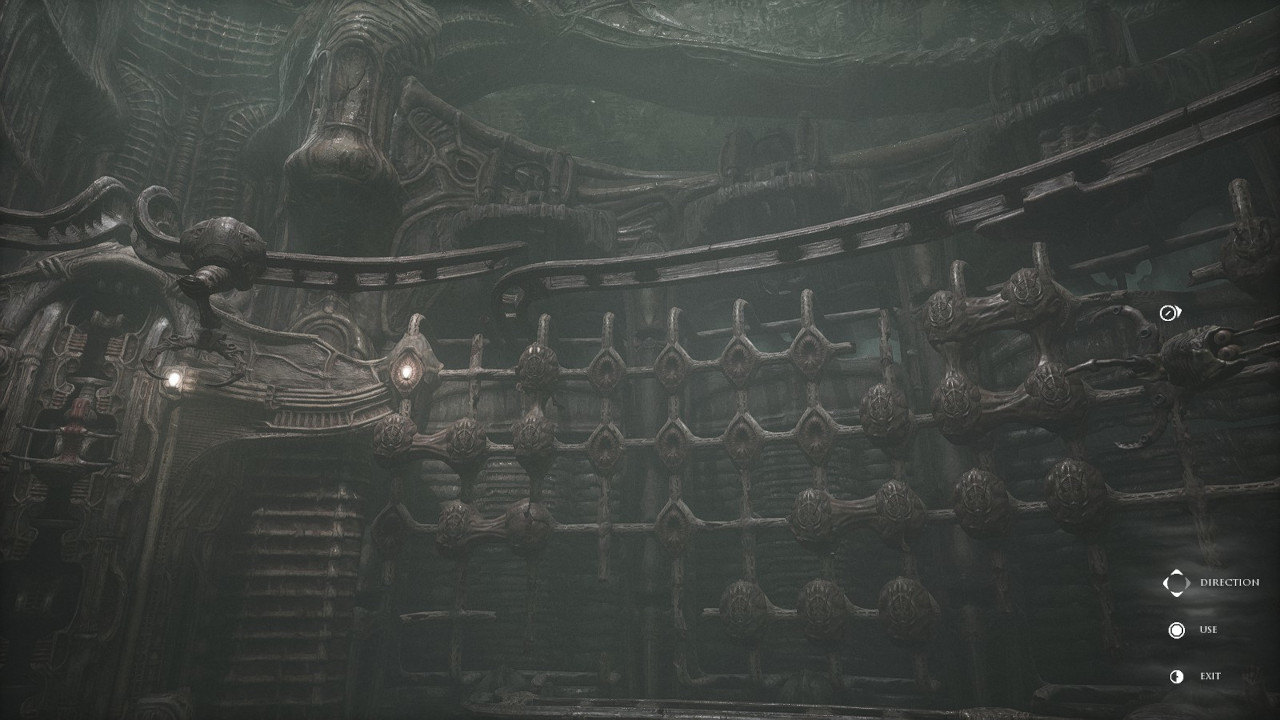 To achieve this, you’ll want to move the vertical double pod to the middle area where you can move it down, to free up the horizontal tracks. Move the 2 horizontal pods to the open spaces on the top right corner, then you’re free to complete the puzzle. Hit the ‘exit’ command, walk over to the center console, and claim your prize – a very special friend in an egg who will come into play soon. This completes the wall pods puzzle in the first area of Scorn, but the game promises to have greater challenges ahead.

Attack of the Fanboy / GAME GUIDES / Scorn Prologue Egg Puzzle: What Are You Supposed to Do with the Pods on the Wall?