The Knight of Hirata Estate is a tough one, here's how to kill him. 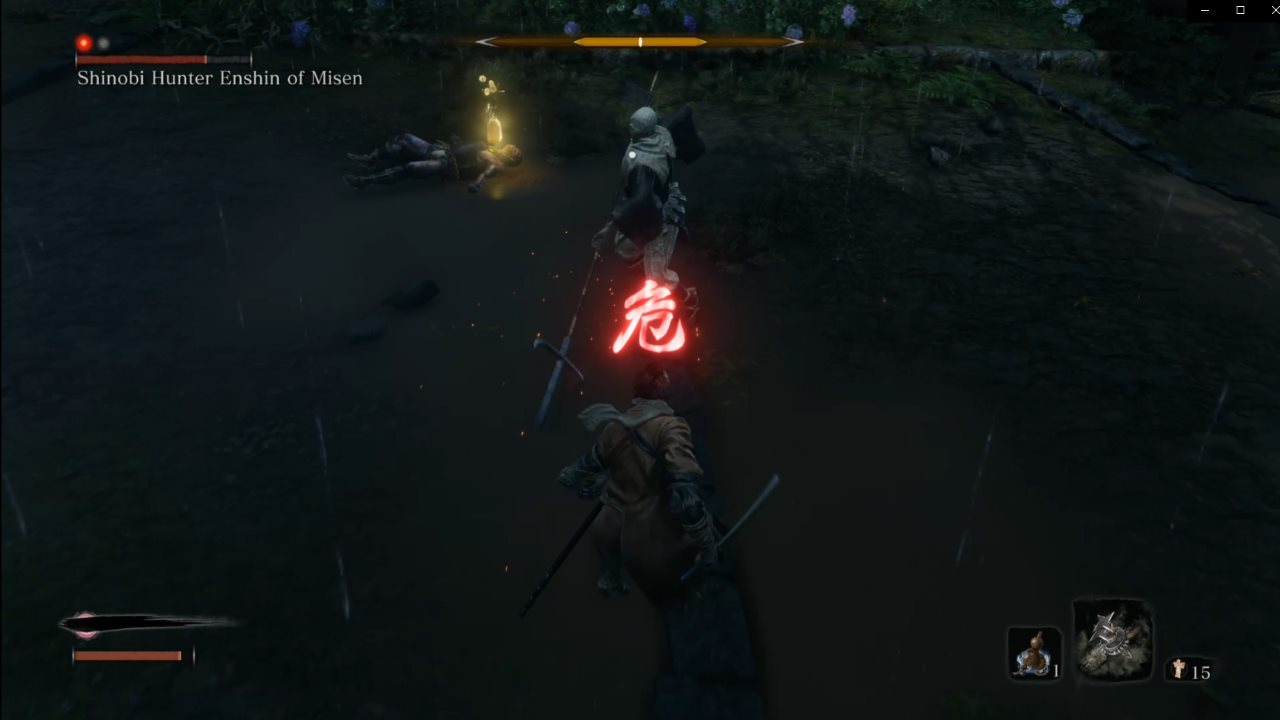 Sekiro: Shadows Die Twice loves tossing very challenging bosses in your path and seeing if you can beat them. Sometimes you can without much hassle, but others are truly tough to defeat. One of the earliest of these is the Shinobi Hunter Enshin of Misen who stands in your way in Hirata Estate and presents a particularly tough battle for newer players. There are some key advantages you’ll want to have before heading into this fight, so here’s how to beat Shinobi Hunter Enshin of Misen in Sekiro: Shadows Die Twice.

Before we get into the special ability that you almost certainly require to beat Shinobi Hunter Enshin of Misen, let’s get the opening logistics out of the way. You’ll want to eliminate all the enemies who are closest to the Shinobi Hunter before taking him on. The most important is the archer standing closest to the bushes. Sneak up behind this guy and wait for the Shinobi Hunter to walk far enough away that he won’t notice as you pull off a deathblow to this guy’s back. Once he’s out of the way, you should be alright, unless you want to do a lot of moving around. In that case, retreat to the nearby tree and/or pagoda and drop onto any enemies that aren’t looking at you. Repeat until you have a clear battlefield.

At this point you will want to make sure you have unlocked the Mikiri counter ability. This just costs a single Skill Point, but will be the difference between one of the toughest battles in the game, and a pretty easy victory. I’ll explain how to use it later, but be sure to have it ready before engaging the Shinobi Hunter Enshin of Misen.

Once it is ready, it’s time to make this fight half as difficult. As long as the Shinobi Hunter is not paying attention to you (retreat and wait if he already is), hide in the bushes near the edge that he stands by and wait. Once he gets close, sneak up behind him to get a deathblow in to reduce his health by half. The other half will take actual fighting to clear, but this will be a big help in that.

Now you have to put that Mikiri counter to good use. This move lets you counter the unblockable stabbing attacks that the Shinobi Hunter pulls off all the time. Watch for the red symbol that signifies an oncoming unblockable attack and dodge (see this guide for more). One thing that’s different with this move is you actually want to dodge into the opponent, so point the analog stick right at him and spam Circle/B to trigger it. If you don’t pull it off, just regroup and be ready to do it again. Each time you pull this off you’ll put a ton into the enemy’s posture gauge. Do it enough and you’ll be able to pull off a final deathblow to finish him off.

That’s all you need to know about how to beat Shinobi Hunter Enshin of Misen in Sekiro: Shadows Die Twice.