Make this boss fight a lot easier with these tips. 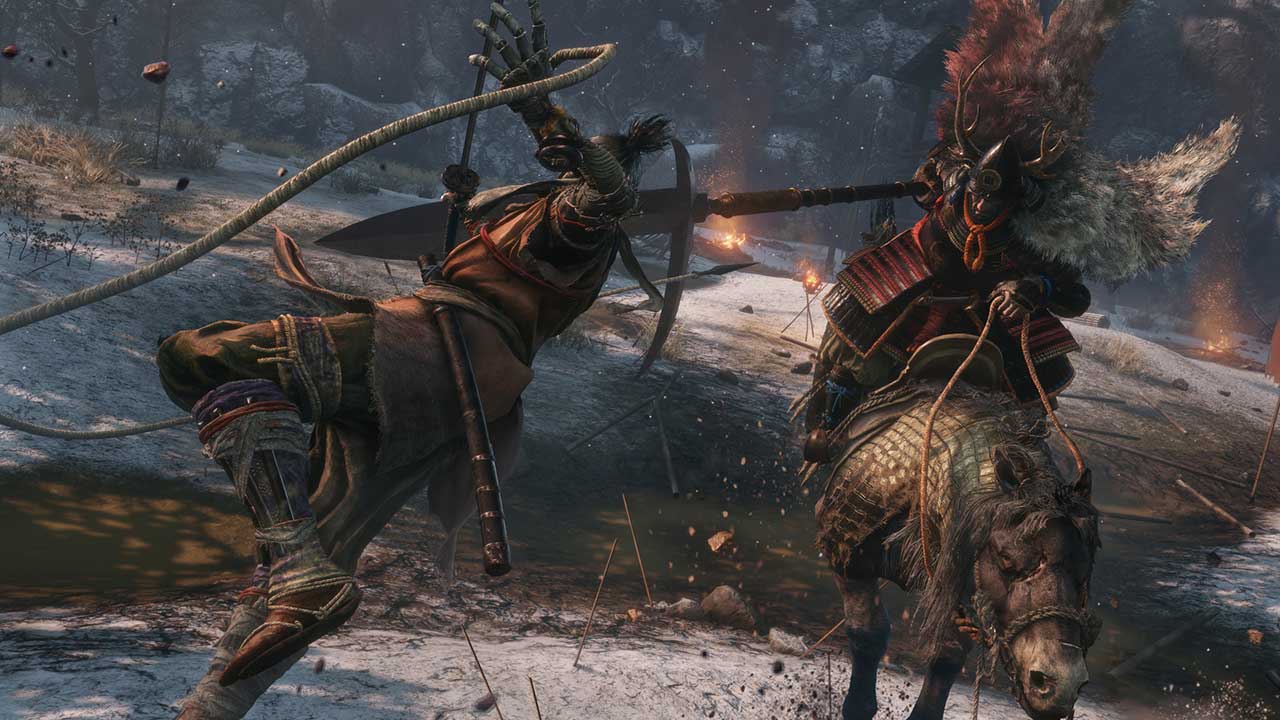 Gyoubu Oniwa will be one of the first tough battles that you face in Sekiro: Shadows Die Twice.  You’ll know it when you face him when you head into the battlefield that is the Ashina Castle Gate you will encounter the character on horseback as he charges in yelling “My name is Gyoubu Masataka Oniwa! As I breathe you will not pass the castle gate.”  This guide will explain exactly what you need to do prior to fighting Oniwa and what you need to do during the fight to beat Gyoubu.

What you need to beat Gyoubu

Also, depending on which route you’ve taken to get to Gyoubu you will already have three health refills, increased attack power, and will have unlocked multiple Combat Arts, Shinobi Martial Arts, and Skills.  However, the two most important things you’ll need in this boss battle are the Firecracker Prosthetic and the Grappling Hook Attack Skill.  You can purchase the grappling hook attack in the Shinobi Martial Arts tab on the game’s Skills menu.  You can also purchase some additional items like sugar for buffs to defense and offense, or pellets to recover health in battle.

How to beat Gyoubu Boss Battle

Once you’re stocked up you can head to the Castle Gate where you can choose to dispatch the enemies in your way or just b-line to Gyoubu.  When you reach the castle gate Gyoubu will come charging out on horseback.  The good news is, if you can get close to the horse you can use the firecracker tool to startle the horse and keep it in place for a few seconds.  During the first phase of this fight you can just do this over and over.  All the while staying within distance to grapple to the enemy and get in shots where you can.  Repeat the firecracker and grapple moves until you’ve dealt one deathblow to Gyoubu.

This will kick off the second phase of the fight.  The boss has the same general attacks here, but the firecrackers won’t be as effective because Gyoubu will now slash at you if you stay too close for too long.  Your best bet here is to use all grapple here, sticking and moving.  Every time the grapple icon appears, grapple towards Gyoubu and get a few hits in and then retreat until you’ve defeated him.  You can check out the video walkthrough of the Gyoubu boss fight in Sekiro Shadows Die Twice below: