Shadow of the Colossus PS4 Guide: How to Beat the 4th Colossus 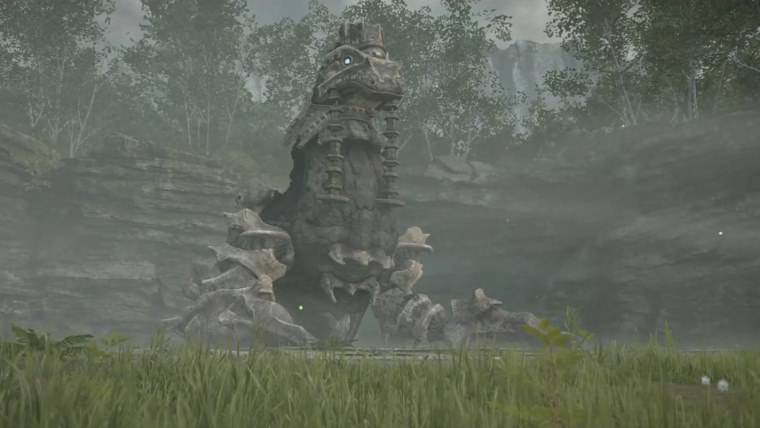 At this point in Shadow of the Colossus for PS4 you should have the basics down. You need to hunt down your prey then figure out where his weak point is, often having to lure him into some trap or something. The 4th colossus is the same, though it’s one of the more unique colossi in the game. Here’s our guide on how to beat the 4th colossus in Shadow of the Colossus for PS4.

The 4th colossus is very horse-like and his curiosity is the key to reaching his weak spot. Before you come upon his resting place you cross a sort of graveyard with four entrances. This is how you’ll get onto his back. You need this because his legs are un-climbable. Instead you need to get to his tail, but he always wants to face you, as you seem intriguing to him. So, what do you do?

Head into one of the entrances, preferably one that’s far away from where the colossus is now. Fire some arrows to get his attention, then, when he gets somewhat close, head downstairs. Use the hallways to exit out another doorway, watching the colossus as you do. If he’s still focused on where you were, he should dip his head down to look inside. When he does, his tail will droop and you can jump onto it, holding R2 to latch on.

Climb up onto his back and use the fur to climb toward his head. He’s not the most active colossus in Shadow of the Colossus, so you can rest if necessary, but always be ready to grab back on. Get to his head and you’ll see the glowing weak spot you need to stab to take the beast down. Do so and you’ll have your 4th victory.

Shadow of the Colossus PS4 Guide: How to Beat the 4th Colossus

Home / Game Guides / Shadow of the Colossus PS4 Guide: How to Beat the 4th Colossus