Everything you need to know about Shadow of the Tomb Raider's various difficulty levels.

As one might expect from an action game like Shadow of the Tomb Raider, there are multiple difficulty levels to accommodate players of varying skill levels. Furthermore, it takes an interesting approach to the whole deal by allowing the player to further refine their experience the way they see fit.

Simply put, there are three adjustable categories — Combat, Exploration, Puzzle — which affect the game’s overall difficulty mode — Easy, Normal, Hard, Very Hard. What’s cool here, though, is that these categories are entirely independent of one another, so if you fancy yourself an expert archaeologist, but can’t aim to save your life, you have the option of setting combat to Easy and Exploration/Puzzle to Hard in order to change the overall difficulty level to Normal and make the game reflect your skill set more effectively. 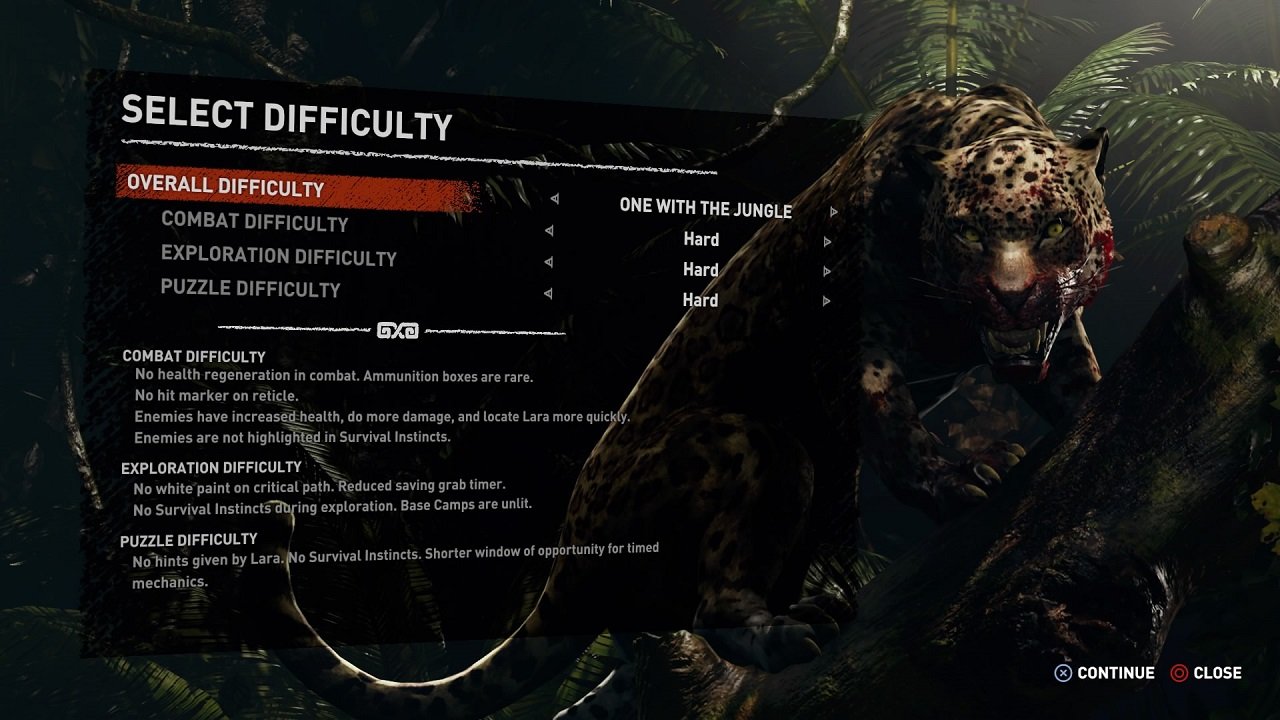 Want to know which difficulty mode is right for you? Here are all four and a description of what they do:

One with the Jungle (Hard)

That’s it for the various difficulty modes in Shadow of the Tomb Raider. As an added bonus, you can set the difficulty to your liking at any time in the Options Menu if you find things to be too easy or difficult. Do be aware, however, that this isn’t an option with “Deadly Obsession” — once the game starts, you’re stuck with it.