Shadow Of The Tomb Raider Guide: How To Make (More) Money

Everything you need to know about making more money in Shadow of the Tomb Raider.

Lara’s journey throughout Peru in Shadow of the Tomb Raider is not just a dangerous one — it’s also rather expensive. Between the weapons, outfits, ammo and other valuables, Lara is going to need plenty of money if she expects to see her adventure through to the end.

However, it’s one thing to know you need it, and another thing to go out and actually do it in an efficient manner. There’s more to making money than just beating enemies or selling gold and jade to merchants, and if you take the following instructions you’ll have more than enough money for when you truly need it (might I suggest the lockpicks and Ascender?). 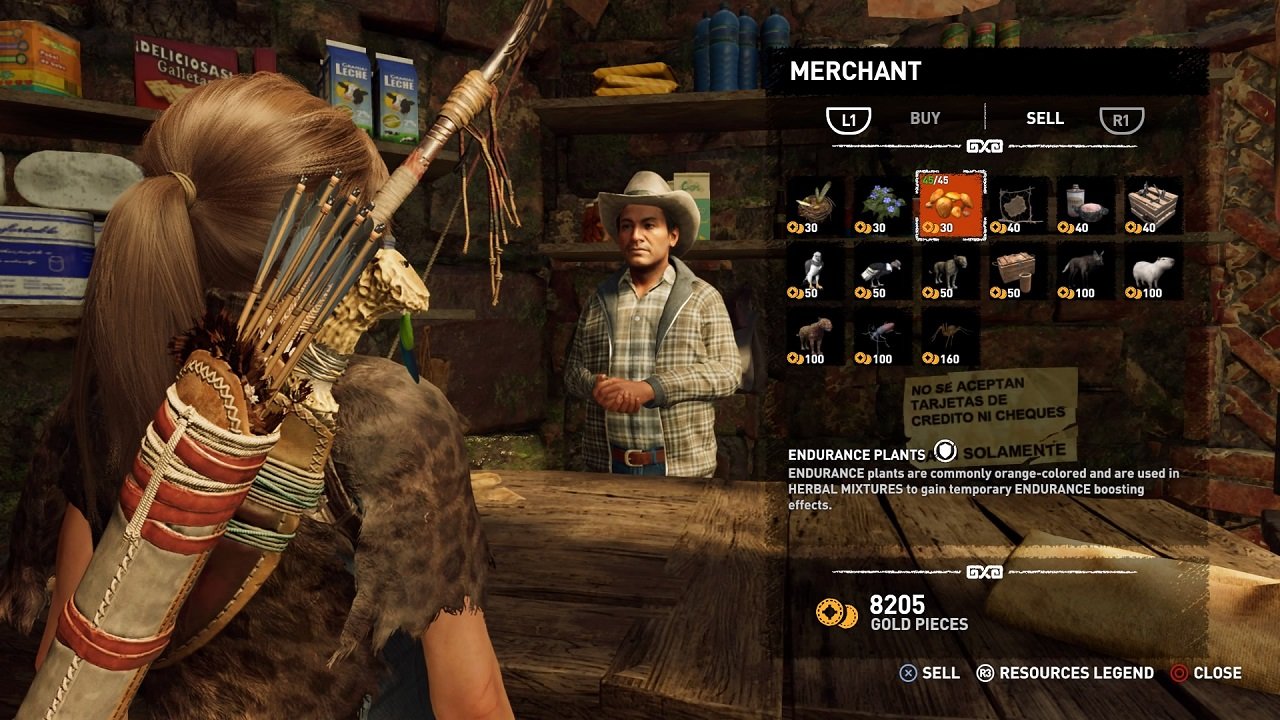 So, without further adieu, here’s how to make (more) money:

The logic behind getting these two skills ASAP is simple: the former allows Lara to purchase a satchel that lets her hold more resources in her inventory, while the latter allows her to purchase it for less. You have to lose money to make money!

It might seem odd to sell resources that could be used toward just about anything else, but that’s exactly what we’re going to do here.

Don’t be afraid to sell common resources, like herbs, wood, cloth and feathers — you’ll find more in no time. Furthermore, thanks to the satchels that you purchased in the first step, you’ll be able to hold on to more resources before you’re forced to make a return trip. Selling a full batch of any of those yield 1,800 gold apiece, and if you were to sell all eight at once? That’s 14,400 in one go. For reference, that’s enough to buy all three firearms in the first shop.

I won’t lie and tell you that this method is exceptionally fast — it’s not. That said, it is possible to take one or two measures to help speed things up a bit:

These grant Lara the ability to receive more resources whenever she gathers from the appropriate source, allowing her to gain more resources in a shorter period of time. In addition, these abilities can stack, letting Lara gain as much as +4 of the correct resource in a single go.

That’s it on how to make (more) money in Shadow of the Tomb Raider. Just follow the above instructions (along with the usual methods for making money) and you’ll dripping in gold in no time.