An initially easy encounter turns into a memorable boss fight. 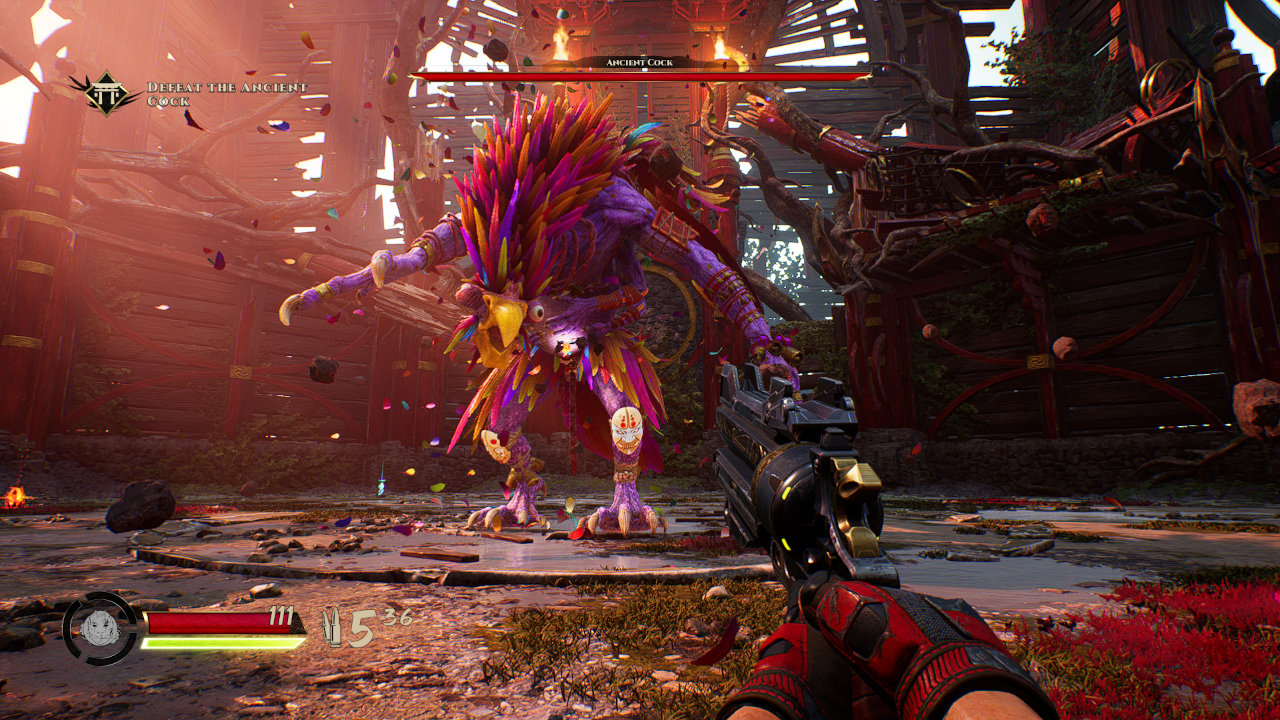 Shadow Warrior 3 is home to some quirky foes to say the very least, but possibly the most memorable, beyond just for its name, is gigantic, vicious rooster guarding an egg which is vital in your fight against your Dragon nemesis.  The boss is easily the most memorable and one of only two truly conventional boss fights in the game, and players who experience this fight might find it rather challenging.  Read on for our guide on How to Fight the Ancient Cock in Shadow Warrior 3!

How to Beat the Ancient Cock in Shadow Warrior 3

This boss initially appears to be a pushover, a big target with attacks that are easy to dodge; however, once you drain the health bar, he splits in half and becomes much more dangerous, and the best advice is to target his lower half after this point.  The Ancient Cock’s attacks are largely energy-based with a couple of direct attacks such as a ground-pound with a damaging shockwave as well as charging directly at you.   In the first phase, you’ll get familiar with most of these attacks.  At the second phase, the upper half fires the energy projectiles such as beams that chase you across the field which you can fairly easily jump to dodge, while the lower half deals the more physical, upfront attacks. 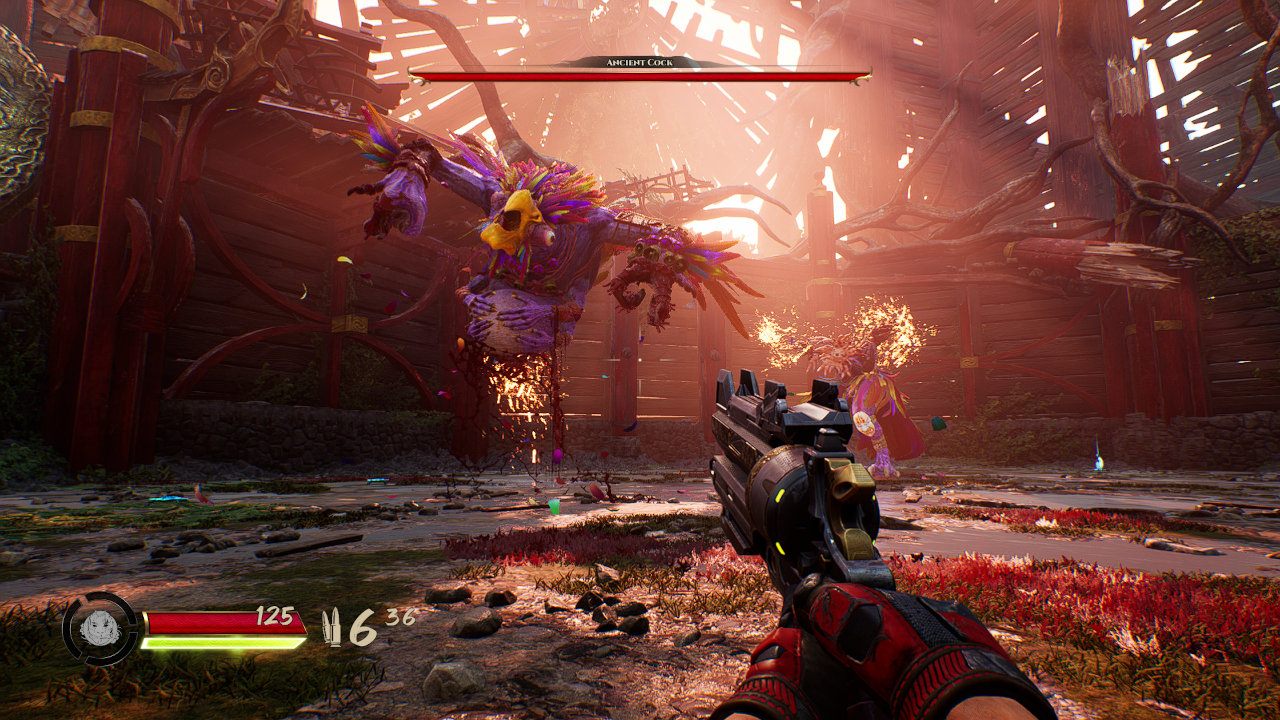 The reason for suggesting you target the lower half is simple – these halves share the same health bar.  It’s the smarter bet to keep the lower half in your crosshairs to prevent it from blindsiding you, as the ground-pound attack can cause the most potent instant damage of all its attacks.  To dodge the attacks by the lower half, if you see it priming for a forward charge, dash left or right to get out of the way; if it jumps into the air, you’ll see a red ring from where it is about to land, dash away and jump before impact to evade this.  The upper half will largely remain less mobile and even some of its attacks are sent to the lower half to be made more dangerous, so it pays to pick your target.

What Weapons Should You Use?

As for weapons to use in this encounter, it’s advised to avoid using the Katana in favor of the Shuriken Spitter.  You won’t even need much in the form of upgrades, just lay into the boss with a few hits to keep sustained damage after firing, and switch to the Crimson Bull/Basilisk for heavy damage.  After you drain the second health bar, the upper half will ascend to the top of the arena and the lower half will engage in constant ground pound attacks.  This is the point where you’ll notice the legs are sending debris into the air, forming a path to the top half.  Look up at some yellow thorns, shoot these for a grappling point, cross the small rock platforms and grapple the top half to end the fight.

This concludes our guide on How to Fight the Ancient Cock in Shadow Warrior 3!  This boss was a genuine test of your threat management at this halfway point of the game, and the absence of finishers and health drops to protect our health bar forces you to be more careful.  Be sure to check out our other guides for the game!  Shadow Warrior 3 releases March 1st on PC, PlayStation 4, and Xbox One.