Spelunky 2 – How to Avoid Arrow Traps

Learn to handle this irritating enemy. One of the most frustrating aspects of Spelunky 2 has to be the arrow traps that are frequently found in the beginning of the game.  These arrow traps will shot an arrow at you at a high speed as soon as you cross its field of vision.  In this guide we’ll give you some tips on how to avoid arrow traps in Spelunky 2.

There are numerous ways to avoid arrow traps in Spelunky 2 in this guide we’ll focus on the most effective methods.

How to Avoid Arrow Traps in Spelunky 2

Use rocks and other debris to Trigger the Trap

To drop an item or throw an item in Spelunky 2 you can press down on the left stick and then press the Square button to release it.  If you want to throw it in a direction simply use the stick to choose the direction you want to throw.  Keep your eyes open for these items as having one on your person will be paramount to making it through the early levels without taking much damage. 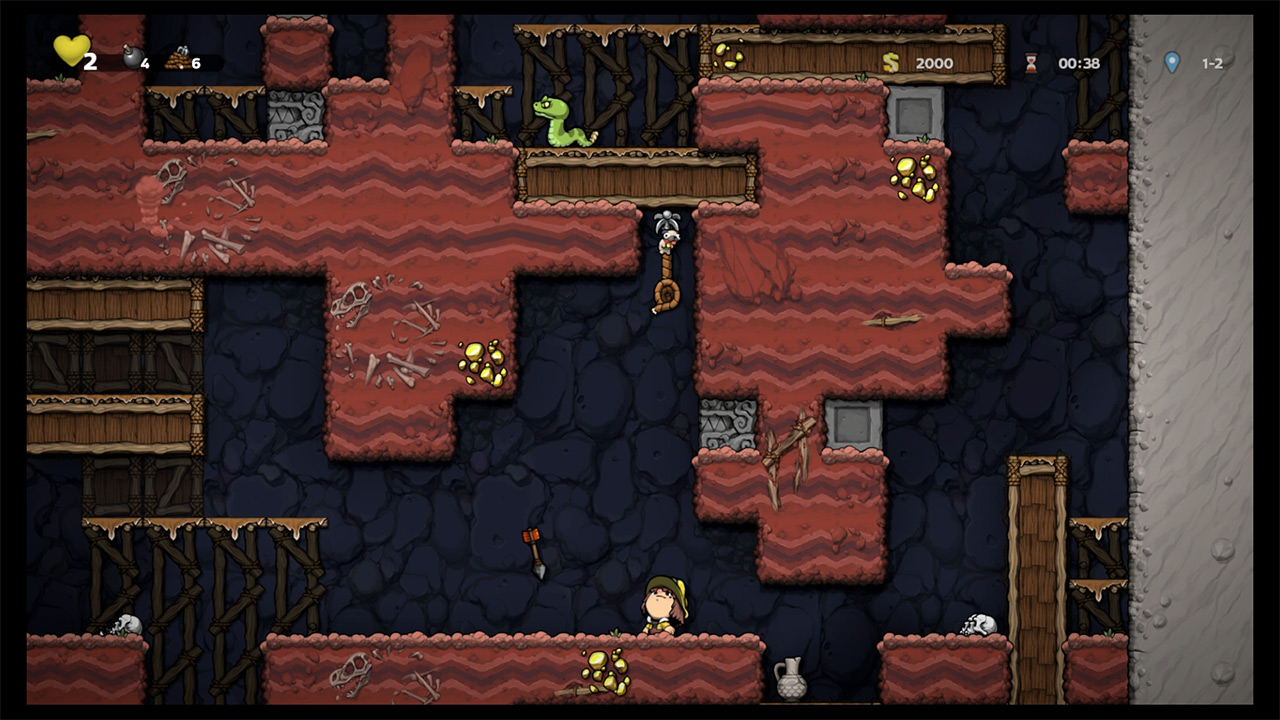 Using Bombs and Ropes isn’t ideal, because these are finite resources.  However, what’s more finite and valuable is your hearts (health).  So using a bomb in a pinch to either create a way around the trap or throwing in the traps field of view to trigger the arrow is worth it.  Bombs can be used in the aforementioned ways, but if you’re looking at an arrow trap that’s above you, using the climbing rope works in that situation.  Simply look up and launch the climbing rope past the field of view for the arrow trap and it will shoot. Since you will be below the trap, lookout for the arrow deflecting towards you, it will take away health if it hits you.

The arrows can be triggered by many things, not just rocks, or your items, you can also use other environmental objects like movable blocks, you can coax enemies to walk past the trap, or you can knock them out and throw them at a trap like the aforementioned items.  Your pets can also be thrown to trigger a trap, but if they take too much damage they will die.  Pets, when held, can also be used as a shield to block arrow traps.

If you want to jump for it, you can, but you’re going to need some space to accomplish this without taking damage.  If you are within a couple of square when triggering the arrow trap you will almost certainly take damage from the arrow.  If you have a little more space, however, there is a chance that you can avoid arrows completely.