Spelunky 2 – How to Open Treasure Chests and What’s Inside

And what does it do 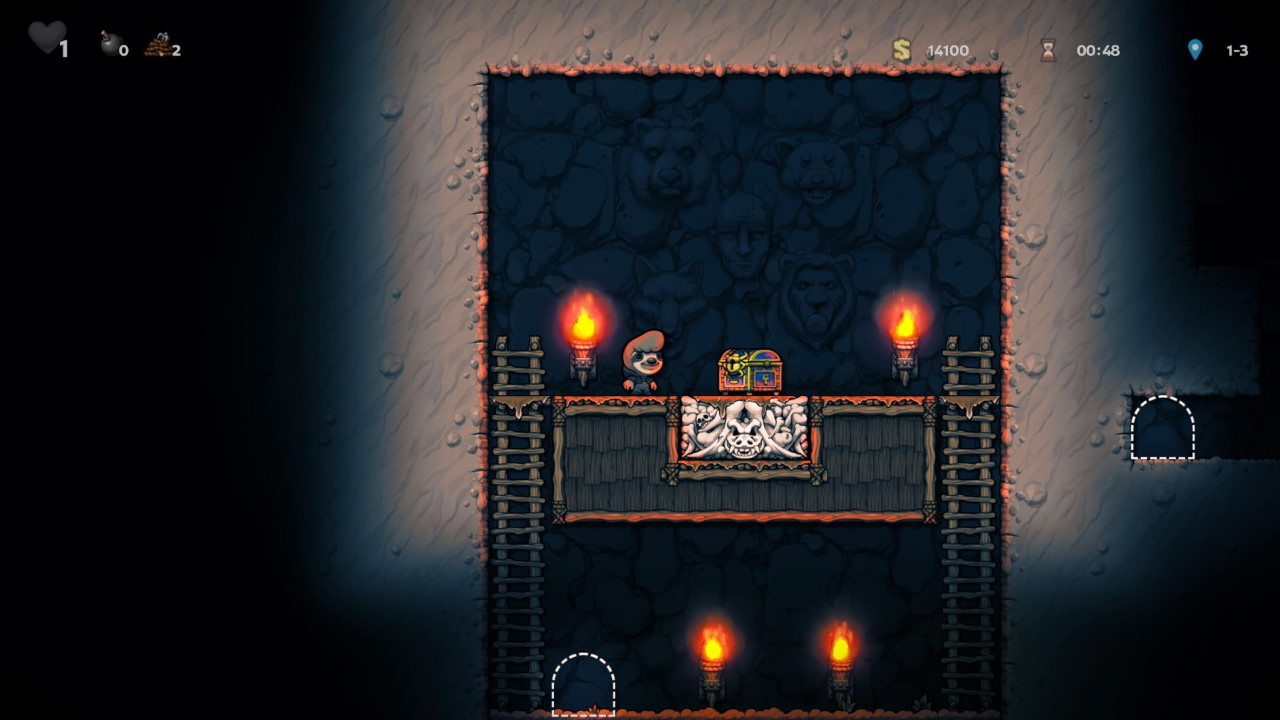 The main goal of Spelunky 2 is just to make it to the end of Olmec’s temple, which is now situated on the Moon. Along the way though you’ll want to collect all the treasure and items you can, as they can help you accomplish that primary objective. Most treasures are scattered loosely around levels or sold to you in shops, but one item is locked away inside a chest. Given what it does, you’ll definitely want to get it. Here’s how to open treasure chests and what’s inside in Spelunky 2.

How to Open Treasure Chests and What’s Inside

To clarify, the regular chests found throughout each stage in Spelunky 2 can just be hit with your whip or a projectile to bust them open. That’s not what this guide will explain. Instead we’re talking about what used to be called Big Chests in the first game. They’ve received a makeover for the sequel, so I’m referring to them as treasure chests since that’s what they look like now. These are found within sub-sections of the main stage and feature blue coloring and gold trim, as seen above. So, now that you know what we’re talking about, let’s see how to open them.

The answer is that these treasure chests require a golden key, which will be located somewhere else on the stage. You’ll need to explore the whole area, as the levels are randomized so we can’t give further help, until you spot it. It can be tucked into a corner, sold in the shop, or offered by some NPCs, so just explore the stage for anything you can find. Once you get the key just head back to the sub-area and use it to open the treasure chest. What is inside? The Udjat Eye. What’s that? Good question, here’s what the Udjat Eye does.

What does the Udjat Eye do

The Udjat Eye is a returning item from the first game, so seasoned veterans should already be familiar with this important item. Once picked up the Udjat Eye gives the player better vision throughout the coming stages. Mainly, it allows you to see hidden jewels and items within the stages. Once you exit the cave you should see many more jewels within the dirt, so bomb if there’s anything you want or need.

The Udjat Eye had a second purpose in the first game, which many consider spoilery so there’s your warning. In the first game, and presumably in Spelunky 2 as well, players needed to keep watching the Udjat Eye symbol on their screen while they explored the jungle stages. The Eye will flash and make clicking sounds the closer you get to the Black Market entrance. Try to watch it while you explore the jungle in case this continues for the sequel.

So that’s how to open treasure chests and what’s inside in Spelunky 2, as well as an explanation of what the Udjat Eye does.