Spider-Man: Miles Morales – How to Use Gadgets

Miles is as tech savvy as he his superpowered 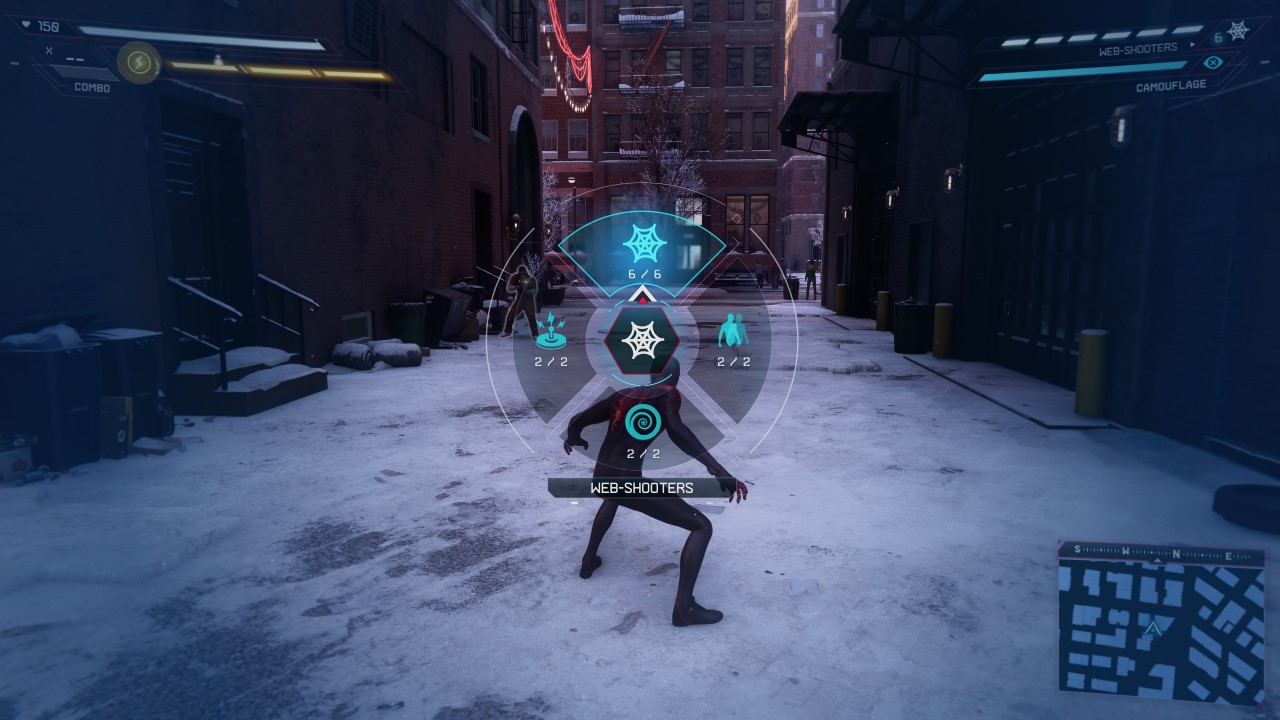 Marvel’s Spider-Man: Miles Morales extends combat beyond superpowers, letting our new protagonist accentuate his nerdy side. Miles is one tech savvy crime-fighter, and it shows through his available gadgets in-game.

The use of gadgets plays a critical role in the flow of combat encounters and it certainly makes Miles’ job a little easier. At least, it improves his odds of emerging relatively unscathed from his never-ending onslaught of brawls. To provide the newbie Spidey breathing room and time to line up superpowered attacks, the player will want to utilize gadgets whenever possible.

How to Use Gadgets

Miles has access to four gadgets: Web-Shooters, Holo-Drone, Remote Mine, and Gravity Well. With the exception of the Web-Shooters, the remaining three are unlocked as the player progresses in the main story. Whether you’re deeply embedded in the gripping narrative or you are clearing out side activities, such as Enemy Bases, the importance of gadgets will quickly become known during the denser encounters.

The use of gadgets is tied to the R1 button. Pressing R1 will release the currently equipped gadget. Holding R1 will bring up the gadget wheel, wherein a new gadget selection can be made and all ammo counts can be viewed. This wheel can be access in or out of combat.

While a quickfire gadget can sure come in handy when facing down a group of baddies, the items can be used with greater precision. Holding L2 will enter Aim Mode and allow for more accurate placement of the equipped gadget. This is especially important during stealth encounters where the Remote Mine can be attached to fuse boxes to knock out hostile patrols.

For a greater dive into gadgets and the upgrades available for each, check out our gadget guide.

Home / Game Guides / Spider-Man: Miles Morales – How to Use Gadgets