How to Start Fallout 4 Nuka-World 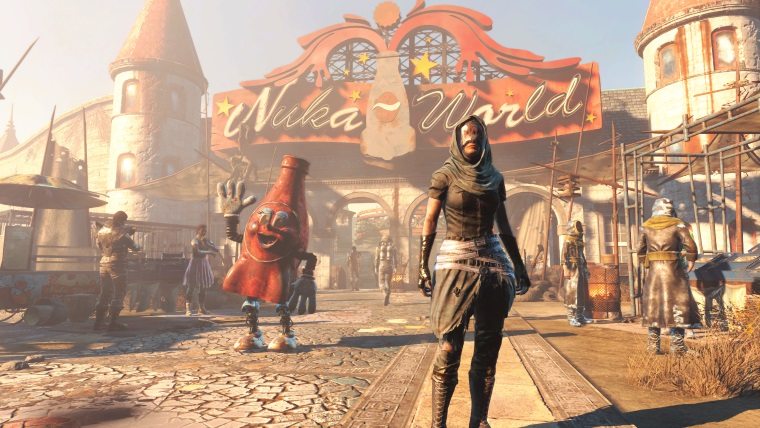 Fallout 4 Nuka-World is the sixth and final piece of DLC for the hugely popular first-person game. However, it is only the second one to feature a huge new landmass, and a bunch of new missions. As with Far Harbor, there are some restrictions on how and when players can access the new content though. And even with those fulfilled, you might miss the very quick prompt when starting up the game. So, here’s how to start Fallout 4 Nuka-World DLC.

First up, the level restriction. Players will need to be level 30 or higher to start Fallout 4 Nuka-World and its long string of missions. Well, you can be lower than that, but it won’t auto-trigger the mission, and really, Fallout 4 Nuka-World is meant for more endgame players, so you’ll want to be higher than level 30 to really enjoy the experience. You can access it at this point or earlier though, it’ll just be a much tougher ride.

Once you hit level 30 and meet the requirements for the DLC you should get a pop up for a mission called All Aboard. All you have to do to get things going is open up your Pip-Boy and tune your radio to the Nuka-Cola Family Radio Station. This will trigger a message about the Nuka-World theme park, directing you to the transit center. Luckily this adds the area onto your map, so it’s pretty easy going from here.

Open up your map and fast travel to the nearest location to the Nuka-World Transit Center. It should be far to the west, off the usual map and near the middle. Head over there and fight off the raiders. Enter the Nuka-World Transit Center and you’ll run into a wounded man, speak with him and he’ll direct you to the monorail, which you can get up and running fairly easily. Hop on and you’ll soon arrive in Fallout 4 Nuka-World proper. From here you’re on your won, well you can check out our guides for some help.