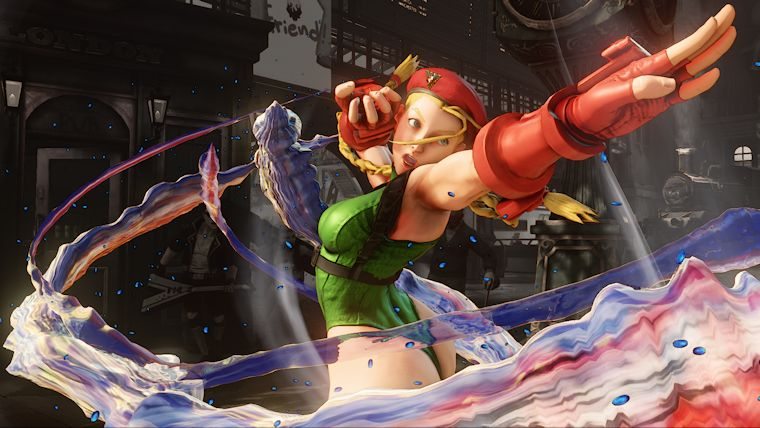 Street Fighter 5 is now out and with that will come a barrage of gamers ready to play, some series veterans and some completely new to the series. Even for those that have played Street Fighter games in the past, an easy starter character can be helpful to get going in the game, so for those and the complete beginners, we’ve come up with a list of fighters that might be just for you.

We tried to get a different variety of characters for this list, though some will share similar traits for why we thought they were easy to learn and control. Any character can obviously be made good, but this is for the ones that you can pick up and play with at the start without having to train much, instead of charcacters like the complex newcomer F.A.N.G.

This is not the definitive list of easiest characters, but these seemed to be good candidates for newcomers in playing Street Fighter 5. Make sure to let us know who you think is best for beginners in the comments as well.

Ken is obviously one of the most classic characters in the series and he is every bit as fun and easy to use here as in the past. He shares the same special moves as Ryu, but he can pull them off with quick succession more easily than his rival. The Hadouken projectile is a big help to create some space between opponents as well. You could honestly put Ryu in this spot too, but we chose to go with Ken instead due to their similarities and Ken’s moveset being just a little easier to execute due to his incredible speed and fiery attacks.

While the rest of the list is most based upon fighting on the ground, the reason we chose Chun-Li is for her in-air prowess. Her long legs give her very impressive range, which allows her to more easily force enemies into the air and then easily translate this into a combo. By leaving the opponent completely vulnerable in mid-air, you can try out many more combos that gives a lot of practice for less experienced players.

Speed is definitely a big help when it comes to a character that is easy for newcomers to use and Cammy provides just that. She doesn’t really have any projectiles, but her special moves like Spiral Arrow perform excellently with other combo strings to where you can quickly overwhelm the opponent. On top of that, her attacks are some of the easiest ones to pull off in the game, making her very on par with Ken.

While most every fighter on this list relies on speed to get a barrage of combos in, Birdie is almost the exact opposite. His big size is not just for show, as he can take quite a beating without sustaining too much damage. This makes him a solid option for someone that needs more time to get acclimated and wants a character that will last awhile in battle. Some of his attacks may take a little bit of practice, but his Hanging Chain move can be very effective against opponents and isn’t that hard to use.

The first newcomer himself on this list, Rashid really is a great addition to the Street Fighter universe with his unique moveset that is also easy to use. Like most of the others, speed plays a big part in why he is good, but it’s more so the synergy between his entire moveset that make him very easy to use. He’s the kind of fighter that can even be effective when mostly button mashing, but also can be deadly when someone gets good with him.

Our final character on the list is yet another new character to Street Fighter V with Laura. Essentially taking the place of Blanka from past games as the Brazilian representative, Laura plays very differently though still retaining similar lightning attacks. Laura almost seems built for beginners with her easy to learn moves and sheer speed, and is honestly just a lot of fun to use.