Super Mario Bros. 35 – How To Get Coins And What Are They For?

Can be very helpful in and out of the levels. 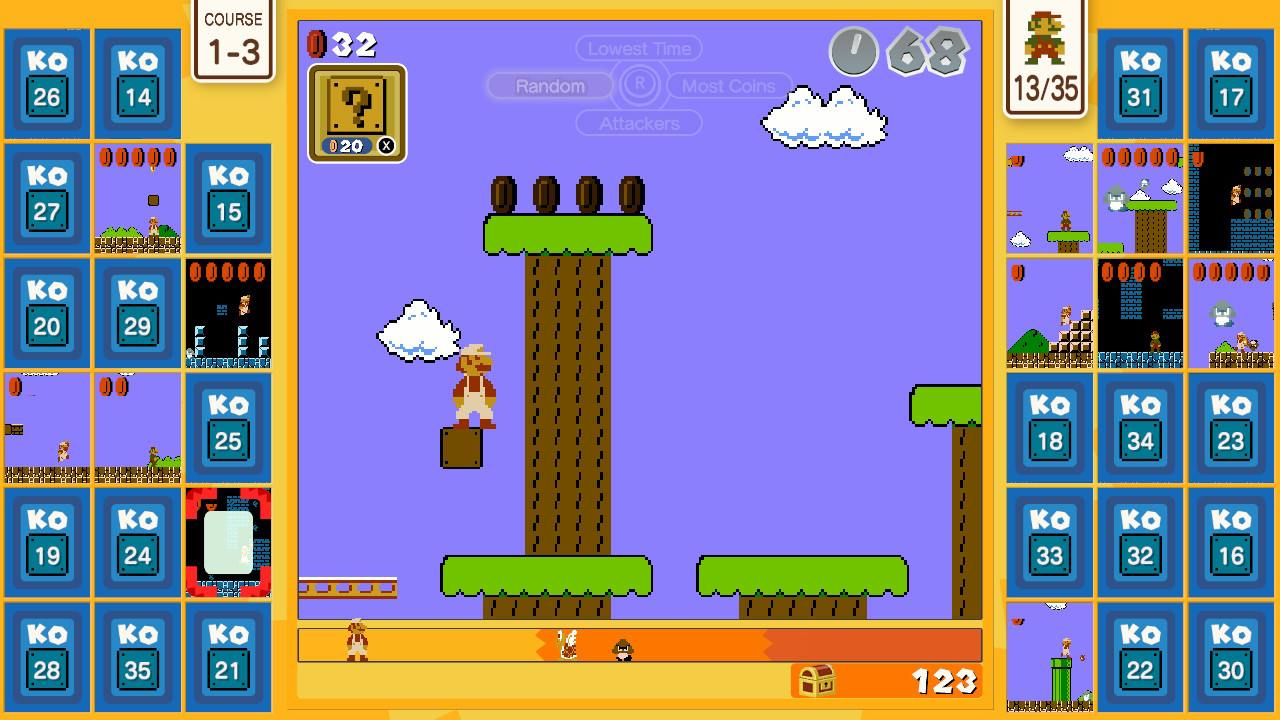 How To Get Coins And What Are They For?

Starting off, we will focus on how to get coins. This is incredibly easy to explain, as it’s literally the way it’s always been in Super Mario Bros. Coins are found throughout the levels, some out in the open and others within question mark blocks that you have to hit to get. The only real change here is that Green Mushrooms will give you coins instead of an extra life since lives don’t matter in this game. There is absolutely nothing different with how you find them in this game besides the Green Mushrooms, but how you use them is another story.

If you already have some coins in the bank from past matches, you can actually use these to purchase items before a match starts. The default option is 0 coins and will start you as just the regular default Mario. Paying 20 coins will start you with a Mushroom and make you big Mario right out the gate. Paying 50 coins will elevate that to a Fire Flower, which is very helpful to defend yourself against the waves of enemies you’ll be facing in this game. Lastly is the Star for 30 coins, which will start you with a Star to run through any of the early enemies quickly.

That is only pre-match though, with there being another use within the game itself. After you begin a new game, where you will always start with 0 coins, you need to go and collect 20 coins total. Once you have 20 coins, you can activate a roulette to get some sort of item from a group of Mushroom, Fire Flower, Star, and even a POW Block that instantly KOs any enemies that are on the screen.

Coin usage in Super Mario Bros. 35 is pretty simple in the long run once you know how it works, so make sure to get as many as you can and don’t be afraid to spend coins before even game as well.