The key to staying alive. 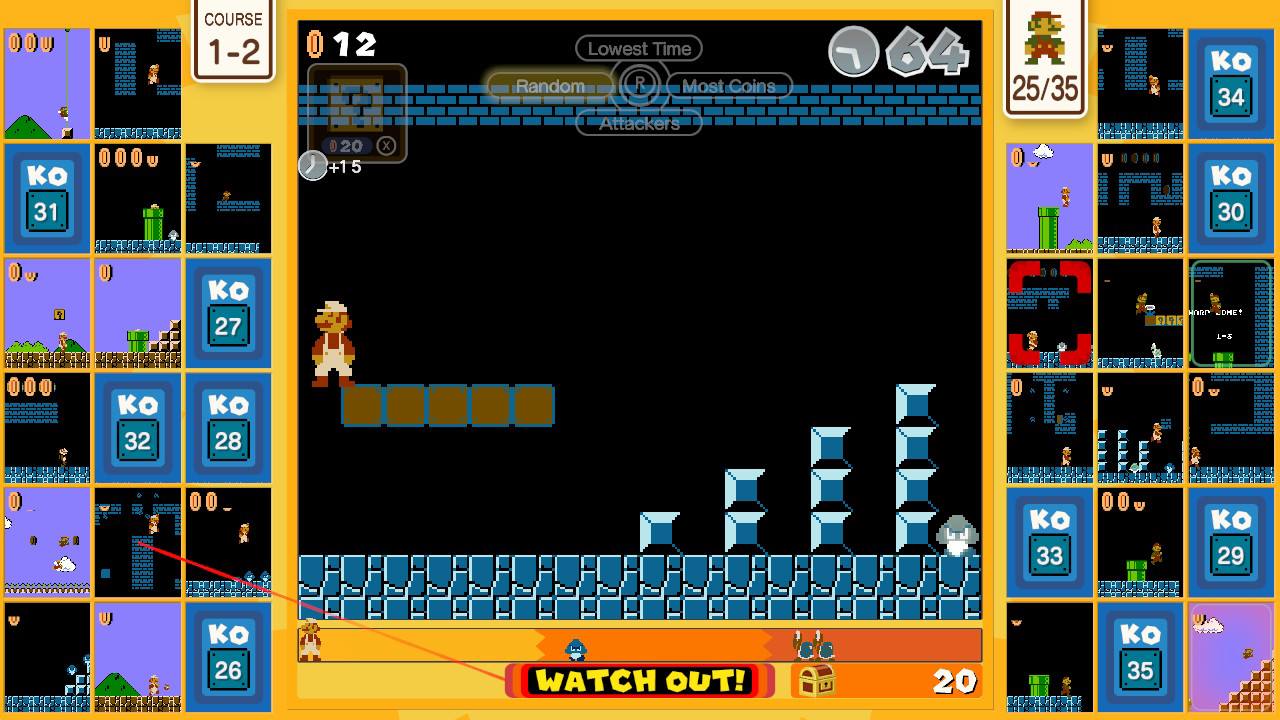 The typical way of playing a Mario game is just to stay alive and make it to the end, with you typically having plenty of time as long as you aren’t taking your sweet time. Super Mario Bros. 35 changes that up entirely where time is of the essence. The goal is to stay alive by any means necessary, which means you’re going to need as much time as you can.

How To Get More Time

There are two ways to lose when playing Super Mario Bros. 35, either to die by normal means, such as by enemy or falling in a pit, or to run out of time. The classic way of losing is something you should be very familiar with from playing Mario over the years, but the other is pretty new here.

In classic Mario games, the timer has a set time that counts down and you die when it hits 0. The dying when the clock hits 0 happens here too, but there are ways to increase the time you have so that you can stay alive.

Essentially, Super Mario Bros. 35 rewards you with more time for doing well. The first way to get more time here is simply by defeating enemies. Just hitting an enemy here or there early won’t make much of an impact, but having an army of enemies to take down later on will lead to you really adding time back quickly. Jumping on an enemy to kill it will give you +2 seconds, while killing them with a Fire Flower will only give you +1. This is where you have to weigh the risk vs. reward for the ease of taking enemies down compared to the amount of time you get for doing so.

Another way to get more time is by collecting items. Even if you already have a Fire Flower, grab another one from a block to add an additional 15 seconds to the clock. This is going to be your best way of adding time, as it adds even more than beating a stage. Considering you can pay coins before a match to start with the Fire Flower, this is definitely a good way to help get them quickly.