Beat the single player campaign to unlock the Super Hammer and Builder Mario. So assuming that you are creating in Super Mario 3D World, you can then access the Super Hammer from the items portion of the creator menu.  This menu is located on the top of the screen and you can press the Y button and then the right thumbstick to scroll through all of your options across all of the available categories in the parts and sound effects menus.  The Super Hammer is located in the Items of these menus.

The Super Hammer is a power-up like other power-ups in the game.  Collecting it transforms Mario into Builder Mario which gives him some unique skills.

What can Builder Mario do with the Super Hammer 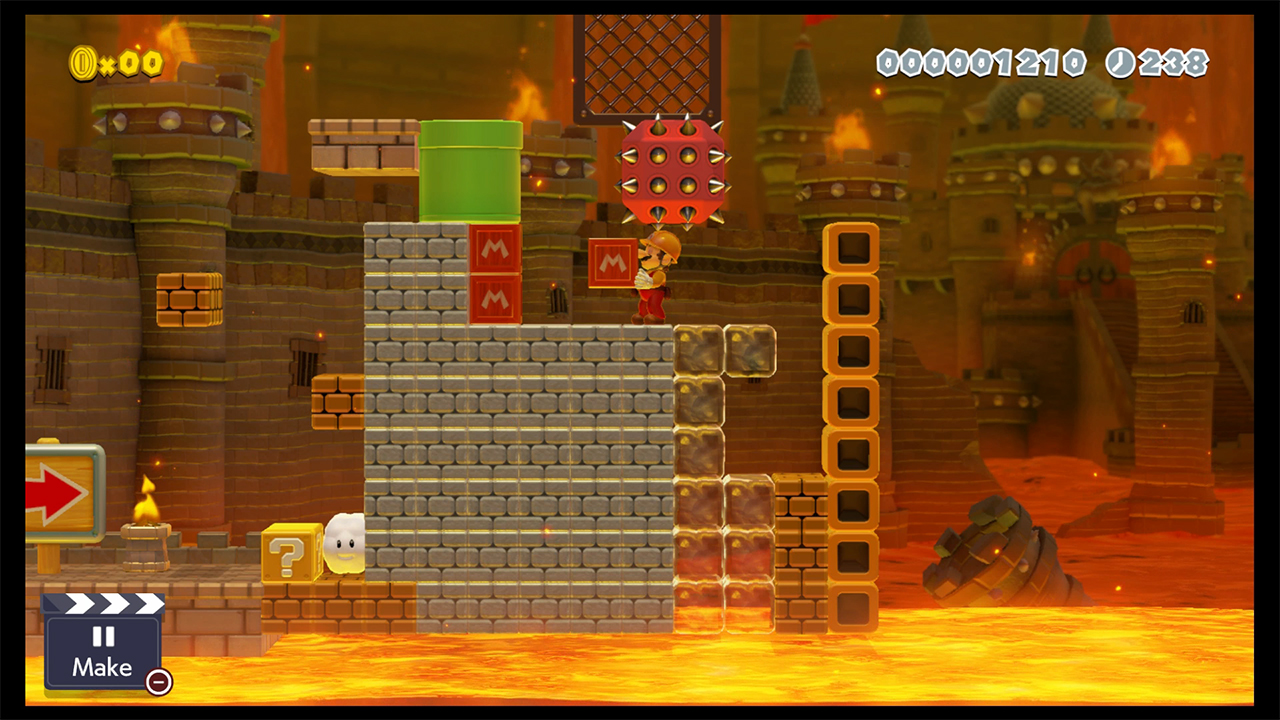 Mario can also create blocks of his own by throwing out M Blocks.  To throw a block with Builder Mario you will press up on the d-pad while also pressing the X button.  There is a limit to the number of blocks that Builder Mario can throw, and the oldest blocks will disappear when you reach that limit.

You can also hit enemies with the Super Hammer.  Depending on the enemy you can outright kill them or push them far away from you.

Other characters can be builders too.  Luigi, Toad, and Toadette can all use the builder powers if they find the Super Hammer on a course.  The Super Hammer is a powerful item that you need to unlock to use in your created courses.  If you want to get the Super Hammer in Super Mario Maker 2 the only way to do that is complete the single player campaign and it will be given to you as a reward for completing the rebuild of Princess Peach’s castle.