Find out how to defeat Chrome Dome in Shredders Revenge! 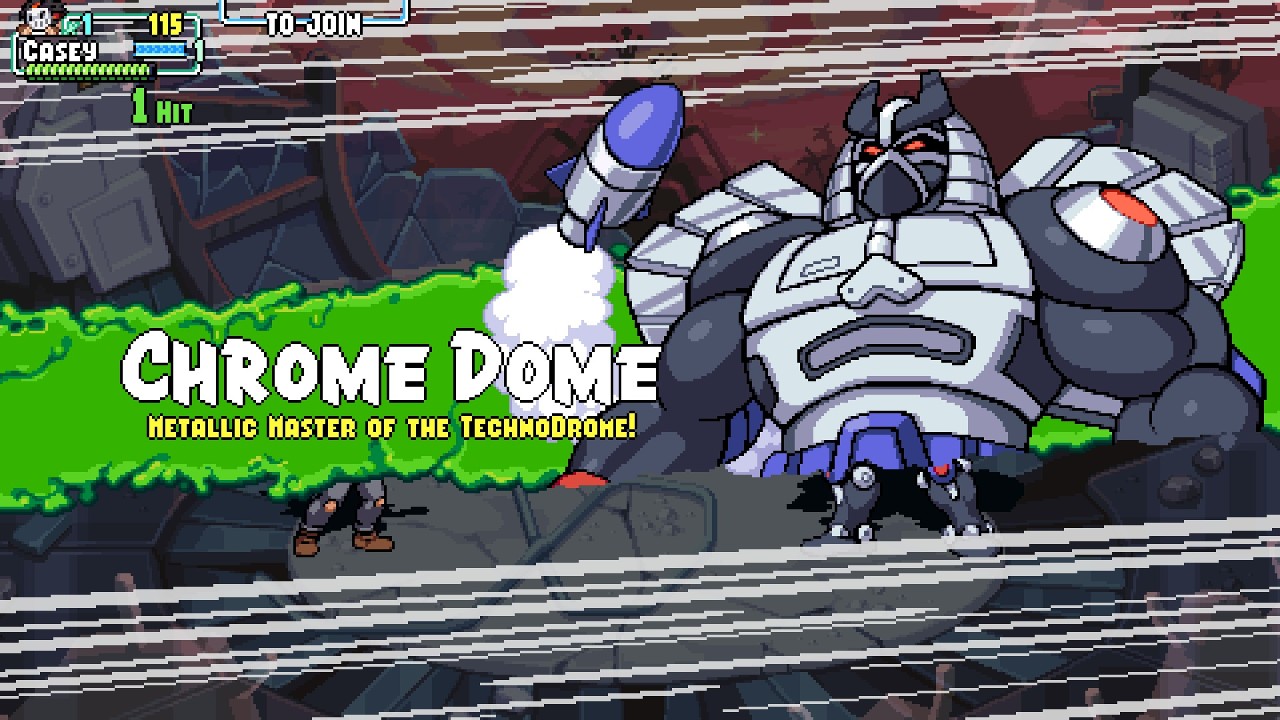 Normally, when you come across a boss in Teenage Mutant Ninja Turtles: Shredders Revenge, the first thing that you think to do is start to lay the smackdown on them, until their health bar vanishes. However, when it comes to Chrome Dome, you’re going to need to change your strategy a bit. If you rush in to try to take him on headfirst, you’re going to see that your weapons do no damage to him.

However, he has a bit of a weakness, and it’s a clever throwback to TMNT games of the past. Let’s see what you’ll need to do to take down Chrome Dome for the count, and emerge victorious against him!

How To Beat Chrome Dome in TMNT: Shredders Revenge

When you come across Chrome Dome at the end of Episode 13: Technodrome Redux, you’ll want to avoid trying to hit him, even though that’s what your muscle memory is going to tell you to do. Instead, focus on the FOOT Clan Ninjas that start to come into the room, working on eliminating them as they flood in.

Chrome Dome will start firing off missiles, and you’ll just need to move around to avoid them, which is quite easy since there are indicators on the ground of where they will land. After you have defeated a few FOOT Clan Ninjas and avoided his missile barrage, Chrome Dome will jump off of the screen, and the view will change to a First Person View of what he is seeing.

At this point, more FOOT Clan Ninjas will start to come into the room. Rather than trying to take them out, you’ll want to walk towards them without attacking to grab them, point your thumbstick down towards Chrome Dome, and press the Attack Button to send one of the Ninjas flying at him, causing him to come back out onto the screen where you can start to smack him with plenty of attacks. 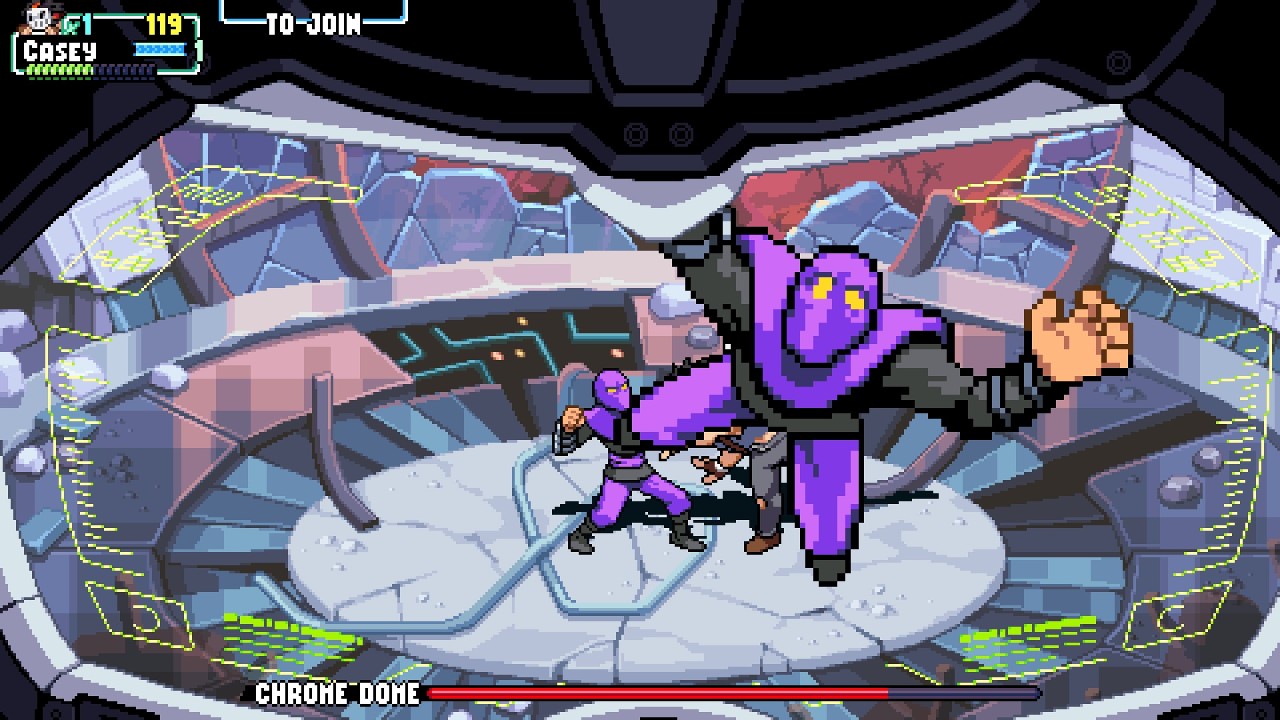 That’s all there is to this fight, avoid his attacks at first, throw a ninja his way, and lay into him. You’ll just need to avoid his punches while he is in First Person mode, and avoid his missiles and other attacks when he is on the floor! If you’ve got your friends around for this fight, they can help take out the FOOT Clan, and then everybody can come in together and start laying into Chrome Dome. A very fun boss fight overall, once you figure out how to start causing him some damage! Make sure that you’ve saved up enough Ninja Power to unleash Radical Mode to unleash massive damage on him, as well!