Find out how to use Radical Mode in Shredders Revenge! 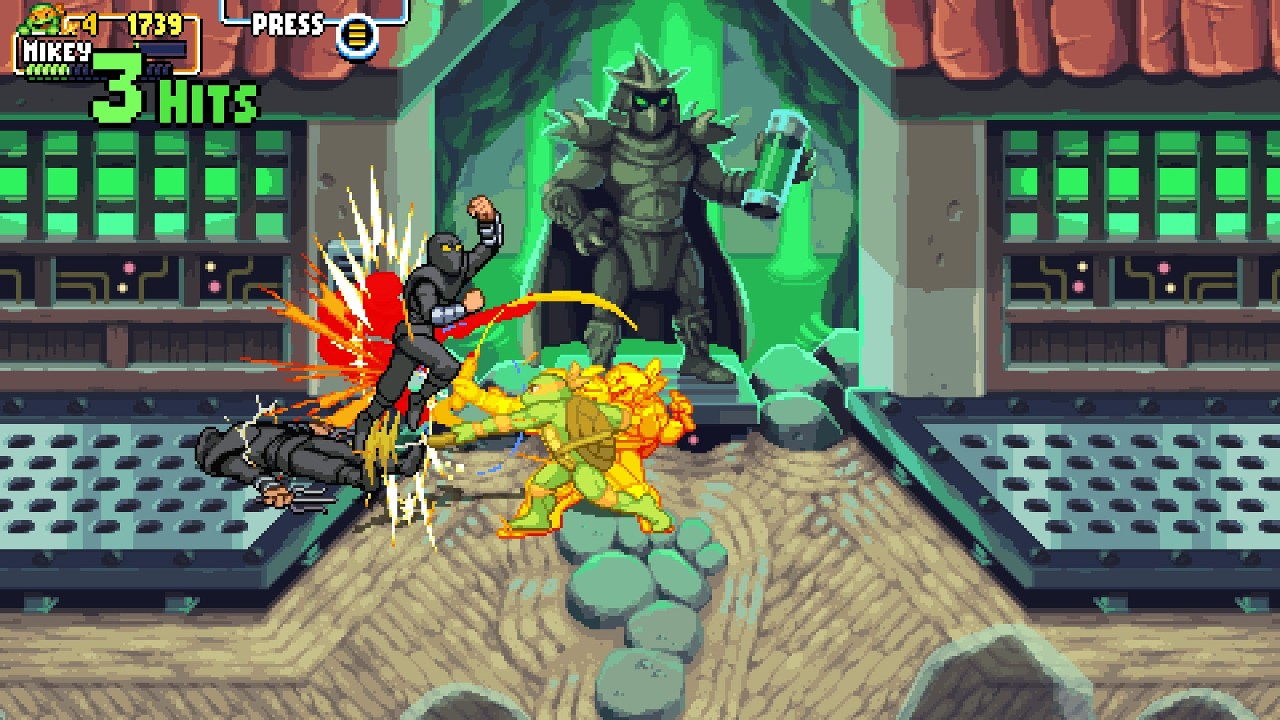 If you’re looking to get the most power out of your character, you’ll need to start working your Ninja Bar up to maximum in Teenage Mutant Ninja Turtles: Shredders Revenge. Once you have filled your bar up, you’ll be able to sacrifice your Special Moves for a powerup called Radical Mode. What exactly is Radical Mode, and should you save the bars to make it work for you?

Let’s take a look at what it does for your character, if you should use your special attacks instead, and when the best times to use Radical Mode would be. Here’s all you need to know about it!

If you are playing through the Story Mode, you’ll be able to use your favorite turtle and upgrade them with new special attacks, extra HP, more lives, and more Ninja Power. Once you have unlocked Level 3 of your Ninja Power gauge, you’ll be able to store your extra energy up until you can unleash this special attack, called Radical Mode. You’ll just need to hold down the Taunt button (RB on Xbox, R1 on PlayStation, R on Nintendo Switch) to get an extra boost of power.

When you use your normal special attacks, you’ll be able to unleash a screen-filling special move that will normally wipe out just about everything in sight. With radical mode, however, you’ll notice that you now have a glowing golden trail that follows alongside you, ghosting behind you when you perform attacks. These attacks that normally could take 5 to 6 hits to knock out an enemy, now will only take 1 to 2 hits, meaning that you are much more powerful now.

If you have a screen full of enemies, it may not hurt to use your standard Special Attack instead of Radical Mode, as you’ll be able to wipe out all of the foes on-screen at once. However, if you are fighting against a Boss, this can help you drain their health bar down to the minimum quickly, so you’ll be able to move onto the next stage faster than ever. Make sure that you’re letting your friends in on this special move, as well as how to perform a rising attack. If you’re looking to get your hands on one of the best characters in the game, follow along with how to unlock Casey Jones in the game, as well!