Get ready to blast your enemies away with this Bryson 890 loadout. 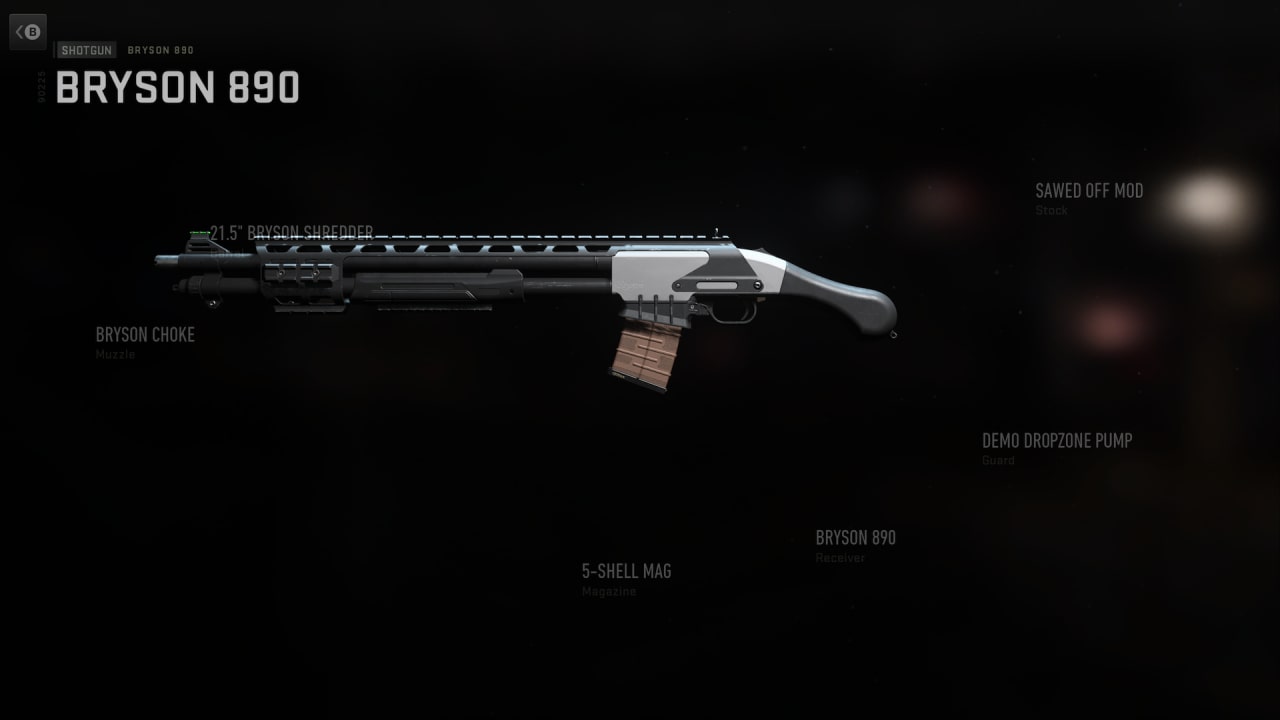 Shotguns are a weapon category hated by many Call of Duty players, but there is no doubt that they can be the best options available when it comes to close-range engagements. In Modern Warfare 2, the shotgun catalog is relatively short, but that does not mean they are not good enough to carry you in your matches, and this is why we will show you the best Bryson 890 loadout in Modern Warfare 2.

The Bryson 890 is one of the few pump action shotguns in Modern Warfare 2, and luckily for players, if it is built right, it can be a menace in most maps. There is nothing more satisfying than getting a kill with a single click, and with this build, we will show you how to get it, so get ready to follow the best Bryson 890 loadout in Modern Warfare 2.

To start our Bryson 890 loadout, players must equip the Bryson Choke. This choke gives players a tighter pellet spread, allowing them to concentrate the gun’s pellets in a smaller area dealing more damage when enemies are not in the ideal range for the shotgun. All this comes at the expense of some recoil steadiness and aims down sight speed.

For Barrels, players will equip the 21.5 ” Bryson Shredder. This barrel improves the weapon’s bullet velocity, recoil control, damage range, and pellet spread at the expense of movement and aiming down-sight speed.

For Stocks, players need to equip the Sawed-Off Mod. This attachment improves everything related to movement speed, allowing players to move, shoot and aim faster at the cost of some recoil control and stability besides worse flinch resistance.

For magazines, players should use the 5-Shell magazine. This magazine improves players’ movement speed and reloads speed at the cost of having fewer shells in the gun.

For Guards, players need to equip the Demo Dropzone Pump. This guard improves the player’s sprint and hip walking speed at the cost of flinch resistance and recoil steadiness.

If you have followed our guide closely, your Bryson 890 loadout should look like this so far:

The Bryson 890 is not the best gun if you are planning on engaging enemies at longer ranges, so you should choose your Lethal and Tactical equipment wisely. We recommend you equip either Smoke or Stunt grenades along with Frag grenades. These pieces of equipment will help you in your next matches.

For base perks, players should equip Double Time and Scavenger. The former doubles the tactical sprint duration and makes the player 30% faster when crouching. Scavenger allows players to resupply ammo from dead players.

For Ultimate Perks, players will use Ghost, making them undetectable by UAVs, Portable Radars, and Heartbeat Sensors.

For Field Upgrades, players can equip either Portable Radar or Dead Silence. Both Field Upgrades are more than useful in most maps so picking any of them is a no-brainer. Dead Silence will allow players to get behind enemy lines and get them by surprise when their team needs it, while Portable Radar will give them the information they need when capturing an objective.