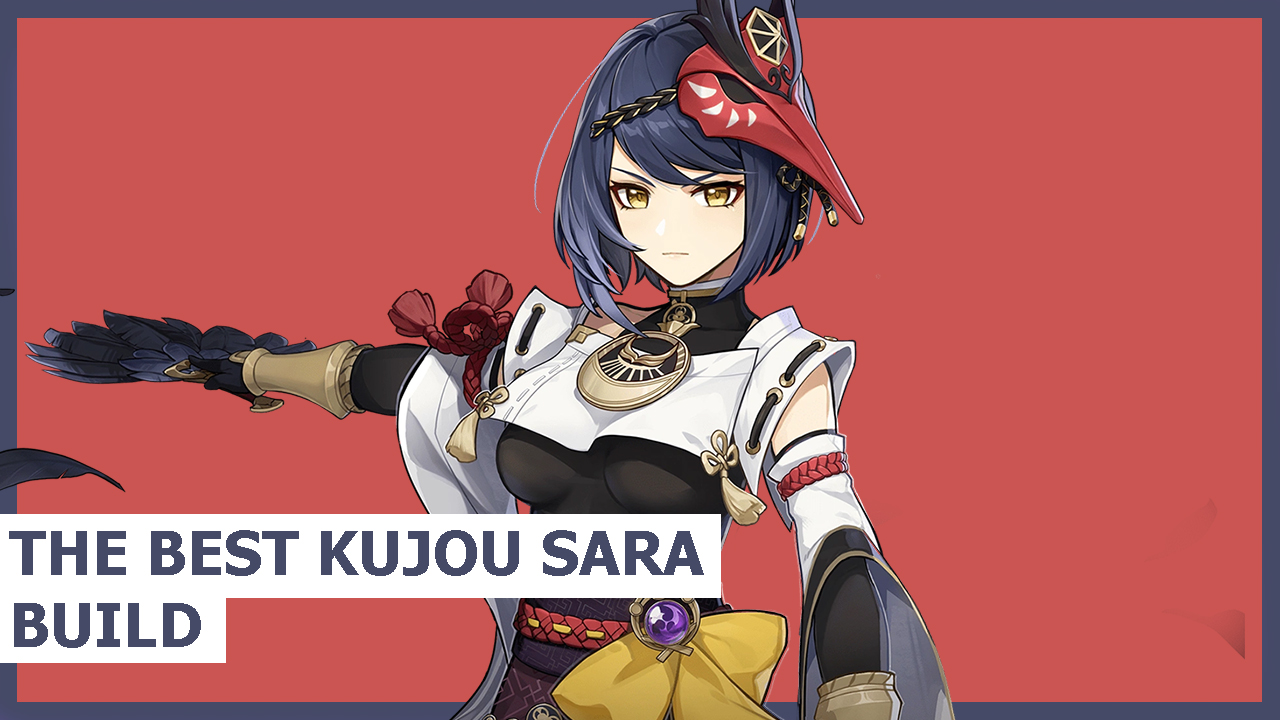 Among the wide array of characters featured in Genshin Impact, Kujou Sara can be considered a great Sub DPS/Support, thanks to her ability to deal massive damage and buff your DPS efficiently. But how should you build her? With that said and in order to help you bring the most out of the Tengu General, here’s the best Kujou Sara build in Genshin Impact.

Given that her biggest source of damage lies in her Elemental Burst, the best overall artifact set for Kujou Sara is a 4-piece Emblem of Severed Fate, as the set will offer her both a good amount of Energy Recharge, as well as a huge boost in Elemental Burst DMG. If using the Emblem of Severed Fate set is not an option for you, using a 4-piece Nobless Oblige would be our main choice, thanks to its teamwide buff and increase in Burst damage.

As this build focuses on powering up and increasing the availability of Kujou Sara’s Elemental Burst, all while also increasing her overall ATK Buff, the best weapon for her will be the 5-star Bow Skyward Harp, thanks to its massive overall ATK and passive. Using Elegy for the End can also work thanks to its high base stat and team-focused buff. If none of the above are available, we recommend the use of a fully refined Mouun’s Moon, as the bow will massively increase her elemental Burst damage, especially in teams featuring the Raiden Shogun.

To recap, here are the best weapons for Kujou Sara, as well as a few F2P alternatives sure to work:

Should You Pull for Her Constellations?

It is highly advisable that you ascend Sara to at least C2 in order to use her efficiently, as doing so will allow her to buff your on-field DPS without the need to perform a Charged Shot.

Focus on leveling Sara’s Elemental Burst, Subjugation: Koukou Sendou, (main source of damage) and her Elemental Skill, Tengu Stormcall, (ATK bonus), simultaneously. Leveling up her normal and charged attacks is only advised if you plan on making active use of her Charged Shot for buffs.

To recap, here’s in what order we recommend that you level up Kujou Sara’s talents:

The Best Teams for Kujou Sara

As a loyal follower of the Shogun, Sara is only able to fully showcase her potential when in a team featuring either the former or another top-tier Electro or overall Battery. You can check out a few teams sure to bring out the most out of Kujou Sara below: