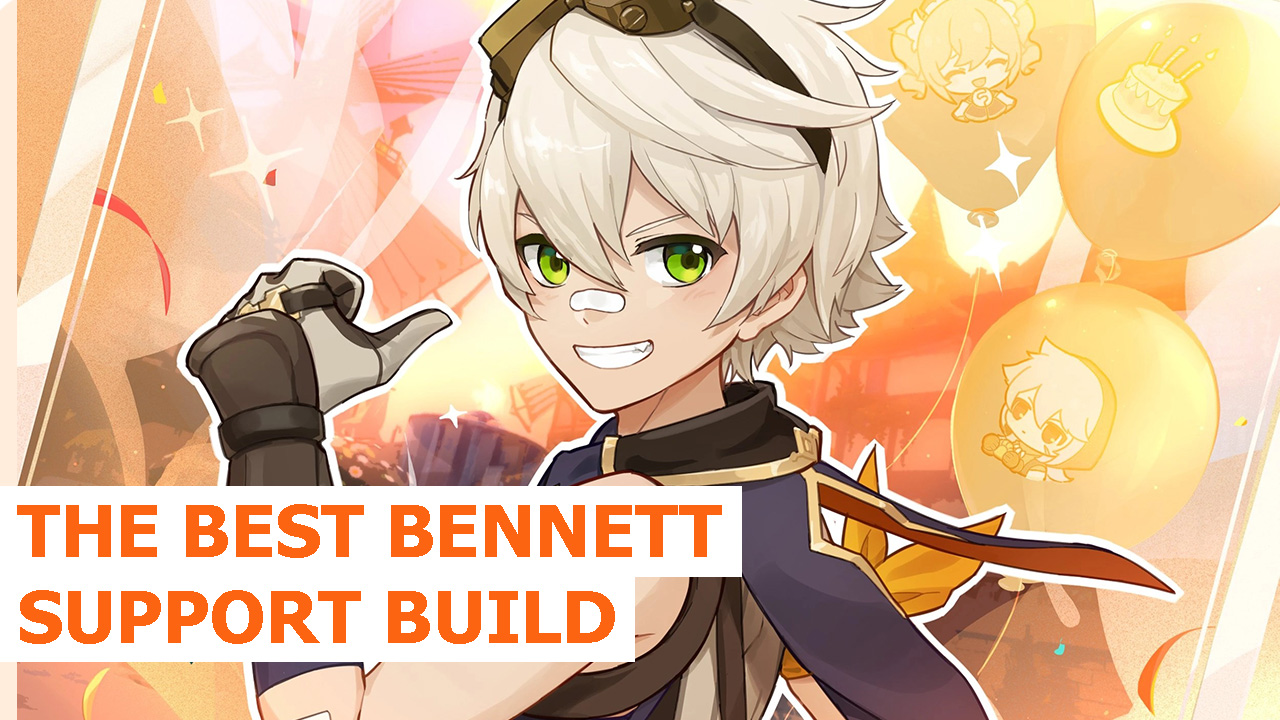 Among all the supports in Genshin Impact, Bennett can be considered the best, thanks to his ability to heal, boost characters by a massive amount, and work as a top-tier battery for the team. But how should you build him? To answer that and more, here’s a Bennett build sure to show all why he is considered the game’s top support.

As the pillar of Bennett’s set lies in his Elemental Burst “Fantastic Voyage,” more specifically in its healing and buffing effect, our main, and only recommendation for this build will be the use of a 4-piece Noblesse Oblige set, as its 4-piece effect will further enhance Bannett’s already high ATK buff.

Main-stat-wise, we recommend that you focus on Energy Recharge and HP, which will increase both his Burst availability and his overall healing capacity. For those who want to increase Bennett’s overall damage, we recommend that you go for damage-focused main stats, such as Pyro DMG Bonus for the Globet, and focus on reaching the CRIT Rate /DMG threshold of 50%/100%. It’s important to point out that for Benett to work efficiently, he needs to have at least 170% ER.

With that said, you can check out the best main stat for each artifact piece below: 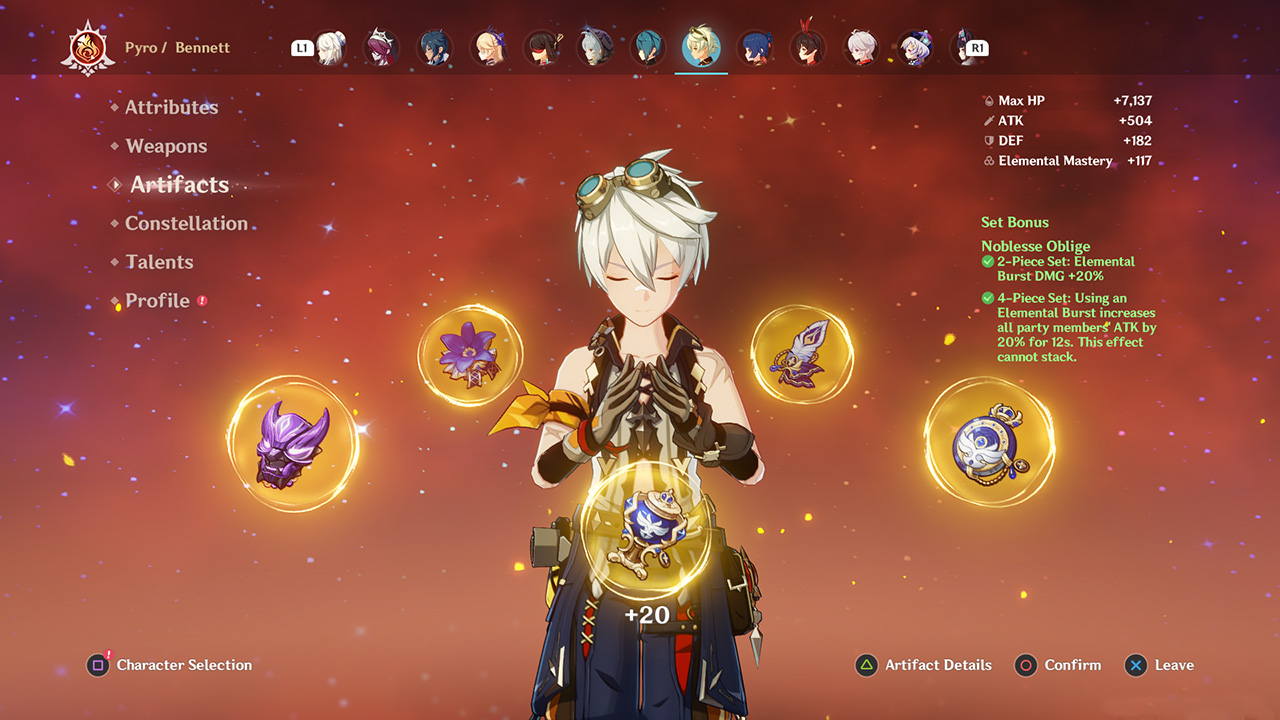 To recap, you can check out the best weapons for Bennett below: As the foundation of Bennett’s set lies in his Elemental Burst, we recommend that you focus on it first and then invest in his Elemental Skill, which you will also need to make constant use of thanks to its ability to generate massive amounts of Energy, all while dealing high damage.

To recap, here’s the order in which we recommend that you upgrade Bennett’s talents:

What are the Best Teams for Bennett in Genshin Impact?

Thanks to the nature of his set, Bennett is capable of excelling in a wide array of compositions, with the best overall being the Raiden National Team (Raiden Shogun + Bennett + Xingqiu + Xiangling) which is considered by many as the game’s best DMG Focused composition, as well as one of the most demanding, thanks to the fact that it requires not only Bennett but also other 2 S-tier supporting units. With that said, here are a few Bennett compositions sure to take your damage all the way to Celestia: