Show all the true power of the Almighty Narukami Ogosho! 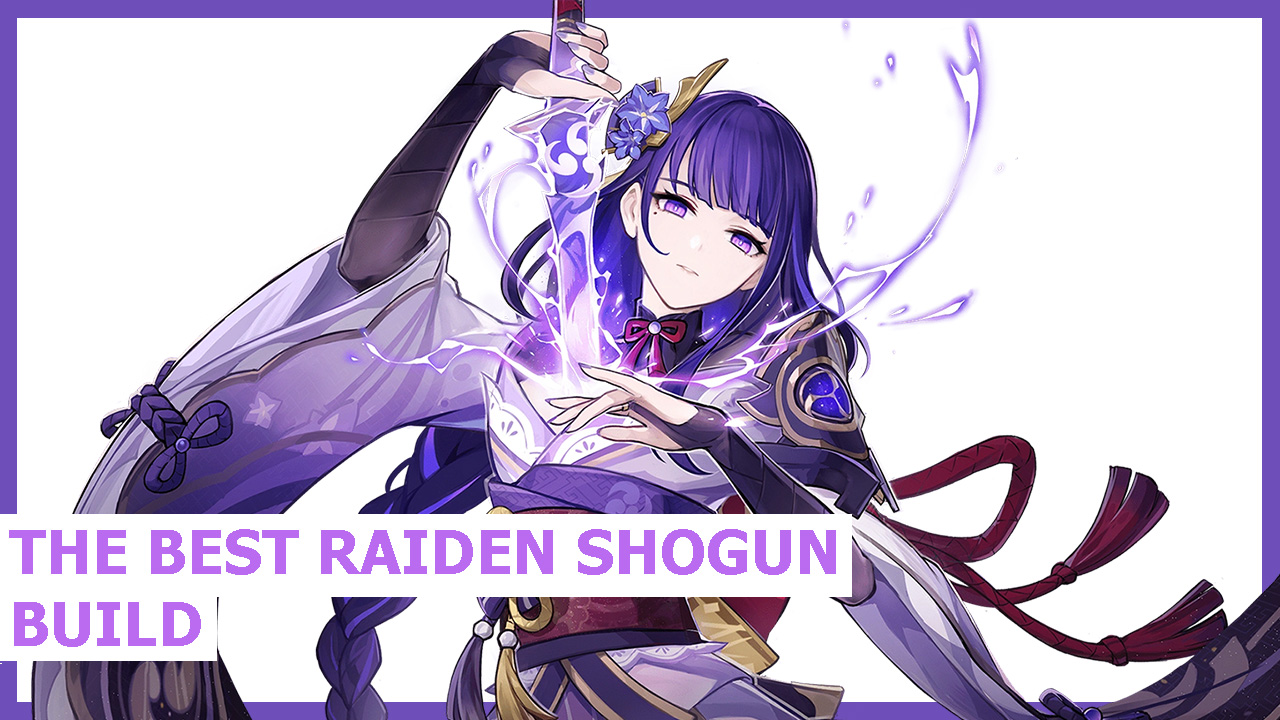 The Raiden Shogun can be considered the best overall Electro unit in Genshin Impact, thanks to her ability to deal massive damage and trigger reactions, all while working as a top-tier battery for your team. With that said, in order to help you bring the most out of the Electro Archon, here’s the best Raiden Shogun build in Genshin Impact.

Thanks to her passive talent Enlightened One, the Raiden Shogun gains a huge boost in Elemental Burst DMG based on her overall Energy Recharge, the best artifact set for her is a 4-piece Emblem of Severed Fate. The set is our main choice as it will both boost her ER and massively increase her overall damage while in her Elemental Burst state, the latter of which is also her main source of damage.

To maximize her potential, it is vital that you have both a great amount of Crit and at least 200% ER, here are the recommended main stats for all artifact pieces:

Best Weapons for the Raiden Shogun

To no one’s surprise, the best overall weapon for the Raiden Shogun is her signature weapon, Engulfing Lightning. The Polearm is our main choice as it will both offer a huge amount of Energy Recharge as well as massively increase her overall ATK based on it. If Engulfing Lightning is not an option, our main choice would be the use of either the 5-star Polearm Primordial Jade Winged-Spear or that of a fully refined Wavebreaker’s Fin, followed by either the Skyward Spine or a fully refined “The Catch”.

To recap, you can check out the best weapons for the Raiden Shogun below:

Given that the Raiden Shogun’s biggest source of damage lies in both her Elemental Skill while off the field, as well as in her Elemental Burst while on it. We recommend that you level both of them first and only then focus on her NAs.

To recap, here’s in what order we recommend that you level up the Raiden Shogun’s talents:

The Best Teams for the Raiden Shogun

As the game’s best overall battery, the Raiden Shogun can work well in a wide array of compositions, be it focused on dealing massive Electro damage, or on triggering either Superconduct or the Quicken sub-reactions (Aggravate and Spread).

For those looking to use the Shogun as a sub/main DPS, no team is better than the known Raiden National team, which features her as its main unit, followed by Bennett, Xingqiu, and Xiangling. If you are looking to use Raiden to potentialize your Dendro DPS, in special Nahida, using her with a team featuring your Dendro DPS, a healer, and another overall support can work great.

It’s important to point out that no matter the composition, the Shogun will always work as a DPS which, after performing her Skill, only takes the field once her Burst is ready.