Enemy players will run when they hear you using the Minibak. 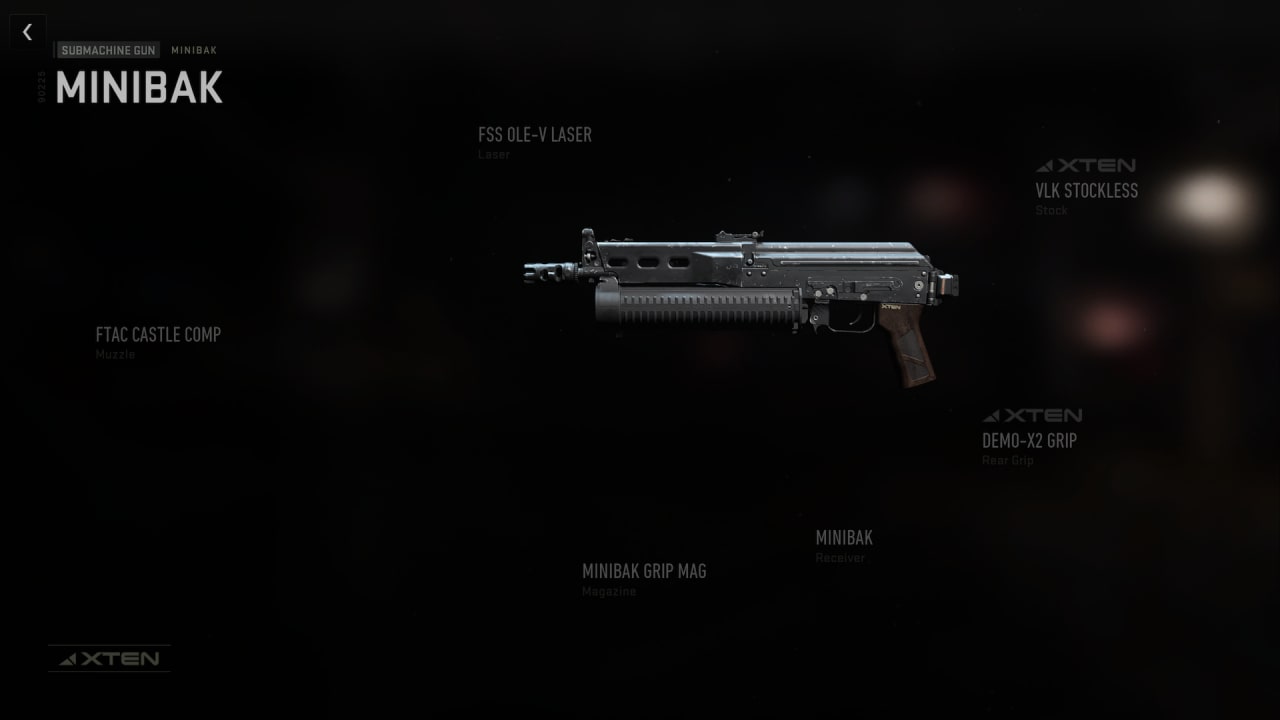 Modern Warfare 2 is full of unique weapons from different categories, but one group is widely used in almost every match. SMGs are one of the most used weapon groups in the game and for a good reason. Most SMGs deal lots of damage while offering fast movement speed across matches, making it the perfect option to rush enemy players and objectives. While many players go for the Fennec 45 and Vaznek 9K, the Minibak is an option often overlooked, but with this guide, players will show how the best Minibak Loadout in Modern Warfare 2 can take them to the top of the leaderboard.

The Minibak is a unique SMG capable of dealing with multiple enemies with ease thanks to its 64 Round magazine, which comes from the moment players unlock the gun. Besides this unique trait, the Minibak provides an easy-to-control recoil and enough movement speed to keep players from being behind their teammates, so get ready to follow the best Minibak loadout in Modern Warfare 2 and improve every single stat.

For the muzzle, players will equip the FTAC Castle comp. This compensator helps players with the weapon’s recoil control, improving its horizontal and vertical recoil at the expense of some aim stability and aiming down-sight speed.

For lasers, players should equip the FSS OLE-V Laser. This laser provides better-aiming stability and faster aim down sight and sprint to fire speed, at the cost of being more vulnerable because of the laser sight.

For stocks, players must equip the VLK Stockless option. This Stock improves Minibak’s hip recoil control, aim down sight, movement and sprint to fire speed at the expense of recoil control, aiming stability and flinch resistance.

For Rear Grips, players must use the Demo-X2 grip. This grip helps players with its recoil control at the cost of aiming stability. Perfect for improving the weapon’s recoil after taking off its standard stock.

For magazines, players should equip the Minibak Grip mag. This magazine will improve the weapon’s aiming idle stability and recoil stabilization at the cost of aim down-sight speed.

If you followed our Minibak build your loadout should have the following attachments:

This SMG is perfect for close-range engagements, so do not expect to have a good performance against assault rifles or sniper rifles. The Minibak performs best as a secondary when paired with a sniper rifle or LMG. For Tactical and Lethal Equipment, players should try the Flashbang and Frag Grenade combination. Both options are great for almost every encounter, but if they want to spice things up, they could also go for a Molotov or Stunt grenade.

For Basic perks, players should use the Double Time and Scavenger combination. The former allows players to use the Tactical Sprint for longer while being 30% faster while crouching, and the latter lets players get ammo from dead enemies.

For the Bonus and Ultimate perks, players should equip Fast Hands and Quick Fix. The former allows players to use equipment and swap and reload weapons faster. The latter lets players trigger health regeneration after killing an enemy player.