The Division Beta Tips And Tricks

The latest news in the world of video games at Attack of the Fanboy
January 29th, 2016 by Scott Grill 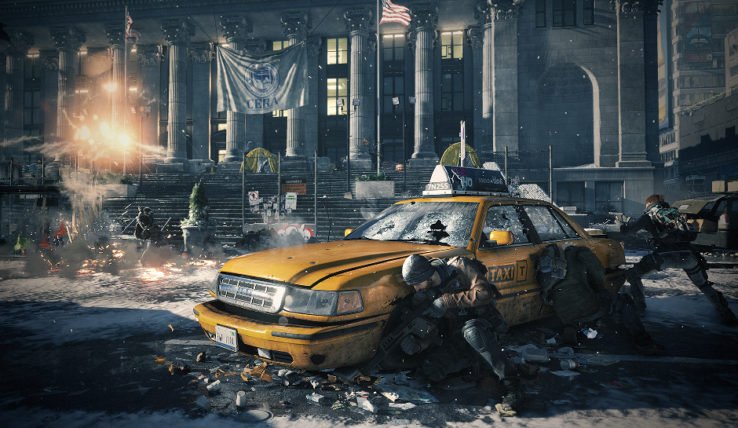 The Division closed beta dropped on the Xbox One Thursday followed by the PlayStation 4 and PC today. Ubisoft has closed off much of the game, but here are some tips and tricks to level up, get the best loot, and enjoy the Dark Zone.

After character creation and an introductory cut-scene, players are dropped off outside of Manhattan and a starter social zone. You can team up with other players here to continue or go it solo. The initial encounters aren’t particularly difficult so it doesn’t matter.

The Division beta starts you off at level and gives you a basic selection of appropriate armor and weapons. Leave the social zone and follow the navigation markers to reach the base of operations. You’ll randomly encounter a couple of bad guys on the streets on the way, but these aren’t particularly tough encounters.

Clear the enemies from outside of the base of operations and proceed to explore the Medical, Tech, and Security wings. Ubisoft will only allow players to unlock the Medical wing and its initial mission in The Division beta for now. There are some interesting details that can be gleaned on what will be available in the full release though. 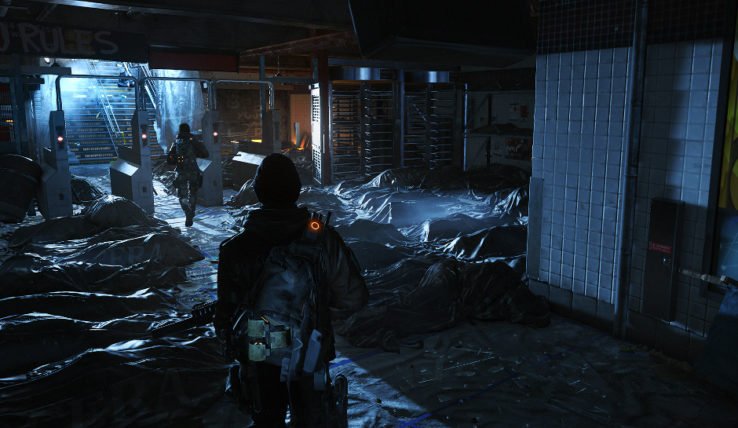 Unlocking the Medical Wing of the base opens up the first mission to rescue the doctor in charge. This is directly across the street and is the best time to team up with others. It is definitely more enjoyable in a group and scales the number of enemies encountered according to how many are playing. You can use the matchmaking in the mission screen or join up on the same game as some friends and start from there.

The first The Division mission is straight forward and linear. Waves of bad guys will come out once certain checkpoints are reached. Purple enemies are more difficult and those with Yellow health bars are your elite adversaries.

Most of the enemies have guns, though a few will charge with baseball bats. Shotguns work extremely well against them.

Be sure to explore the offshoot hallways through the mission for extra loot. For example, there’s a special loot drop before going up the elevator for the boss encounter. When walking along the curved catwalk, there’s a turn on the left that has a loot case on the left.

The boss fight against Hutch has the largest waves of enemies. The biggest danger is getting overrun, but is manageable on Normal difficulty. Spread out, stay behind cover, and take the minions out until only Hutch is left. He’s best handled by taking up flanking positions and shooting him in the head.

Now Play It On Hard

Completing the first mission on normal should bring you up to level 5 or 6 depending on how well you did. Replaying the mission on Hard difficulty will provide rarer drops at the end and allow you to reach level 8 in the beta, which is the max.

Be warned though, Hard is a big jump in difficulty and you will struggle if you are under-leveled. Enemies are level 7 and there are many tougher purple bar enemies to encounter.

Go explore the streets of Manhattan in The Division if you aren’t at least level 6 after playing the first mission on Normal difficulty. You’ll gain experience from the random encounters there combined with discovering new areas. Even walking into the red areas that are blocked off from the beta will earn experience points. 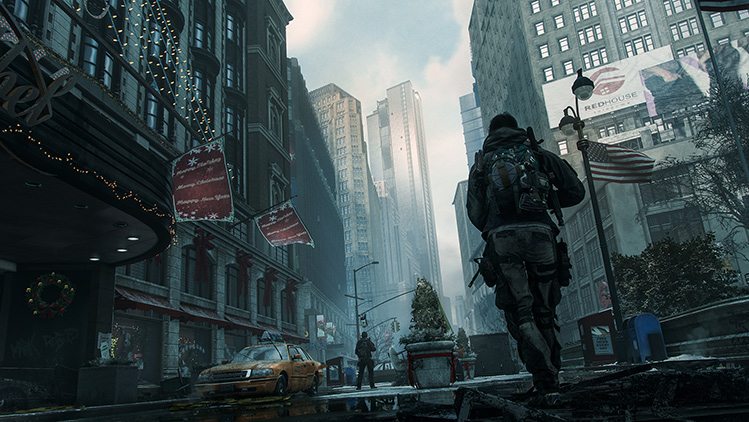 Getting to level 8 should be the goal for going into the Dark Zone. It will put level 4-7 players in the same instance, but the best loot in the beta is in the level 8 instance. This makes weapons and gear drop according to the following Dark Zone ranks.

Dark Zone Rank is earned through killing non-player characters and other players in the area. Just be aware that you will be designated as a Rogue Agent if you attack others, but won’t get tagged if you are defending yourself from attack.

Being tagged as a Rogue Agent puts a bounty on your head that other players will want to collect for rewards.

Solo players will be able to sneak around the Dark Zone better than those in a group, but it is not recommended you venture there alone.

There are vendors in safe zone inside the Dark Zone that sell better weapons and gear than you can find outside of the area. They all sell something different, so explore.

You will need Dark Zone credits to buy anything though. Credits can be obtained from Dark Zone chests that require a key and are currently dropping 1,000 credit in the beta. Keys drop from PVE enemies in the zone plus other players if they are carrying them.

For The Division beta, the best abilities in The Dark Zone are Heal and Pulse. The benefits of Heal are obvious while Pulse will tag enemies and allow bonus damage against them. It can also tag any nearby Dark Zone chests.

The sticky grenade is best used in PVE. It’s a bit tricky to aim, but will quickly strip the armor off of minions and the boss.