The Outer Worlds: Peril On Gorgon – All New Perks 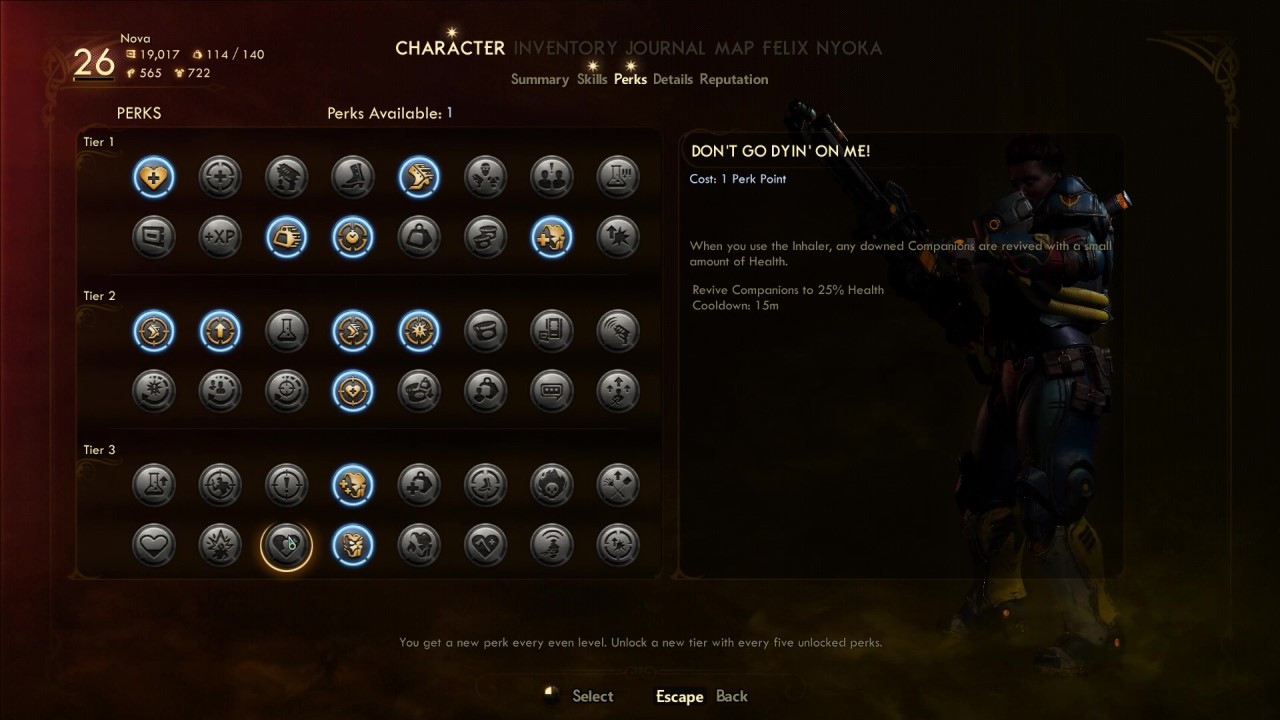 The Outer Worlds: Peril On Gorgon comes with a handful of additional perks that better round out some of the weaker builds in the game. There are six total, with two in each tier. The old unlock requirements remain, but with the raised level cap of 33 you’ll be able to squeeze in a couple extra choices. There are also new flaws to take, so you can pick something now that better compliments your build.

The Peril On Gorgon perks are listed below in order of tier: