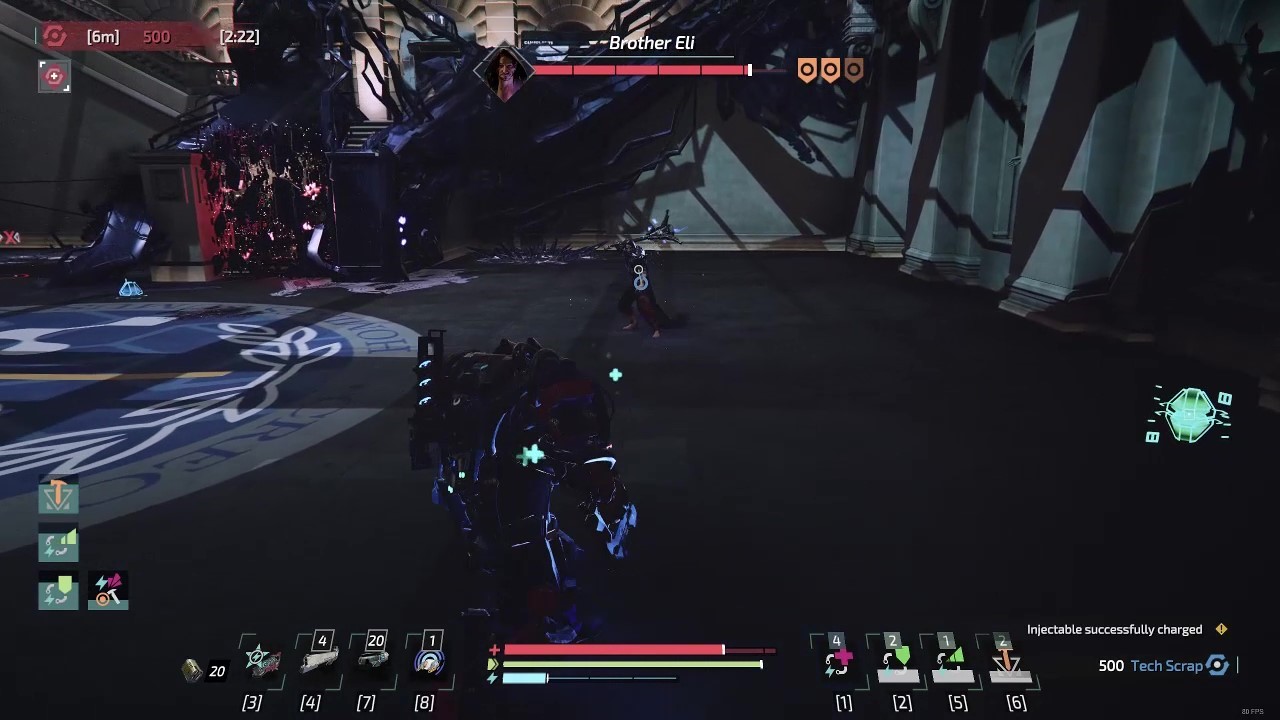 Brother Eli has returned, and with some new attacks in his arsenal. This How-To guide will help you put him down…again.

Brother Eli will start this fight with his reinforcements, but you have a much larger arena to deal with them. They are the same as reinforcements from the first fight, and go down quickly when an unarmored limb is attacked. They still enrage, so be careful fighting them near each other. The drone is helpful in dispatching these two mooks if they refuse to separate from each other and Eli.

Once taken care of focus back on Eli. His basic attack pattern is the same here, and only three parries are required to stagger him. Either wait out his swinging combo, or try and block three attacks for the stagger if you have the stamina. Do be careful though: at the end of some of his combos he will do an AOE nano attack, as well as shoot a nano beam at you if you are too far away. His basic attacks are also charged with nano, so having the nano injector or nano-resistance gear will help. He is still weak to electricity, so using your EMP drone and an electric weapon will eventually stun him, opening him up to a flurry of attacks.

It may be tempting to use the statue in the arena to cheese Eli, but resist the urge to do so. Eli will teleport to your position and attack immediately, reducing your health to dangerous levels or outright killing you.

Be patient, poke him between combos and AOE slams, or parry his attacks for massive damage. Eli is very much the same boss as before, even with his new tricks, so use the extra space in this arena to keep your distance if the evasive type, or be ready to block frequently if you leaned into the heavy armor play style.