The Surge 2 – How to Beat Little Johnny

Not quite Metal Gear 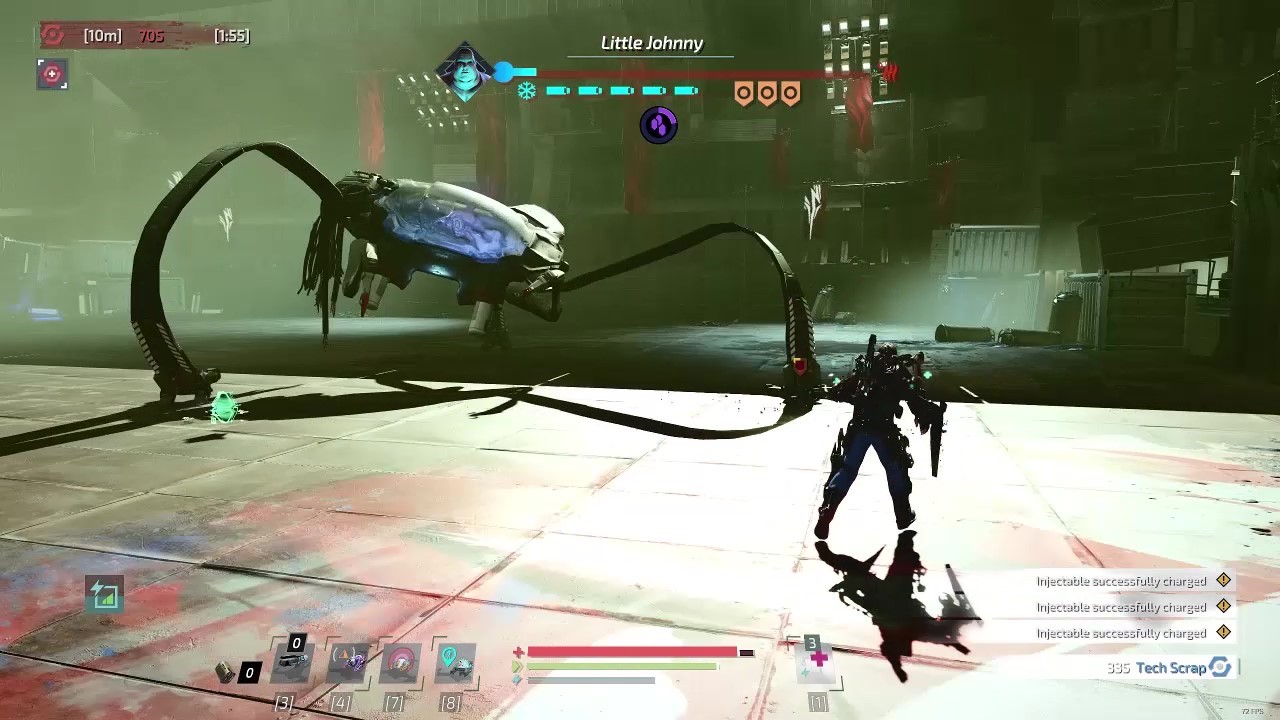 Little Johnny doesn’t like to fight his battles mano-y-mano; thus the giant crab mech. With this How-To guide we’ll show you how to take him down for good.

As indicated by the boss’s UI, Little Johnny has five coolant tanks that need to be shattered in order to “overheat” his mech, thereby killing Johnny. There is a tank on each leg, and two on the cockpit of the mech, right between the two attack claws.

The cockpit can be easier to target, seeing as the legs like to stomp and swing around, but targeting the legs first is fine. Be mindful of his ground slam when under him however; it can be baited to afford you additional attacks. Let him slam down, backpedal to evade, then close the gap with a dash attack. The claws will swing at you if you are in range, but three successful blocks will stagger the boss, opening him up to heavy damage.

Throughout the fight, Little Johnny will rise up and spew down an expanding ring of shock mines. Stepping on these causes little to no damage, but will build up electricity damage. Cap it out and you’ll be stunned for a short while, unable to evade or attack. Run away from Johnny when he rises straight into the air; the mines are easier to avoid as they spread out, and you can lure him to a side of the arena not laced with stun-inducing mines. Do note: you can use your drone during this phase to break coolant tanks.

When you want to target the legs, put some distance between you and Johnny. He will swipe at you when near, but as he walks towards you the legs are vulnerable whenever they take a step. Dash in as one hits the ground for a quick damage.

As the cooling tanks break, Little Johnny will start to spray poison gas from the broken tanks. You have to be pretty near the tanks to start stacking poison, so it’s not difficult to avoid. He will, however, leave a poison puddle below him whenever he ground smashes with his cockpit after you break three tanks. Try and back out after this attack and wait for the puddle to disappear a few seconds later. After three tanks are taken out he will also rear back and vomit out a poison stream. This can be safely strafed away from, but will build up poison damage rapidly if eaten.

You can dismember the claw arms if you wish for the V2 variant of his weapon drop, but they can otherwise be ignored.

That’s Little Johnny: watch out for poison damage, avoid shock mines, and bait out his slams for quick attacks. Persevere and you’ll be rewarded with Little Johnny’s Forceps.

Home / Game Guides / The Surge 2 – How to Beat Little Johnny