The Surge 2 – How to Beat Major General Ezra Shields

A rogue general and his loyal mech. 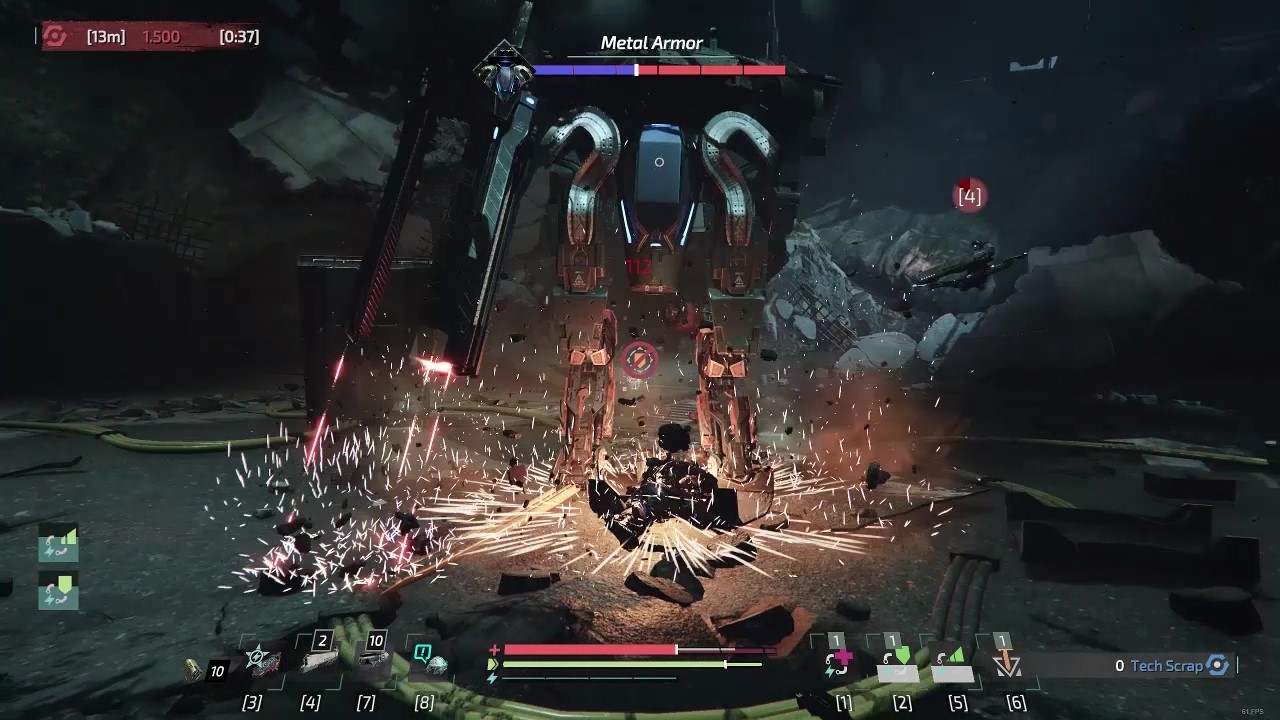 Major General Ezra Shields may not be a super spy, but he has a deadly mech all his own. With this How-To guide you’ll lay the rogue general low.

There are two phases to this fight, the first being the Metal Armor Ezra is piloting. The mech has two weapons on its arms: a rapid-fire minigun and flamethrower. The flamethrower will be used to drop pools of fire damage on the ground that are best avoided as well as fire out a stream of highly painful fire damage. The minigun will wind up and fire a storm of bullets your way if you are at range, or fire is a circle around the boss if you are camping underneath him. Both of these can be temporarily broken to force a reload, taking them out of the fight for a few seconds.

The best approach to this phase is to break the armor on the legs and use your drone to pop the arms as they are about to attack. The boss will swipe and stomp a bit, but the majority of Ezra’s attacks in this phase will be from those two weapons. There will be a robotic voiceover telling you when a weapon is broken, and when it is repaired, so keep an ear on that to better know when a weapon is coming back online. Hiding behind the crates can offer a brief reprieve from his attacks, but they do eventually break. 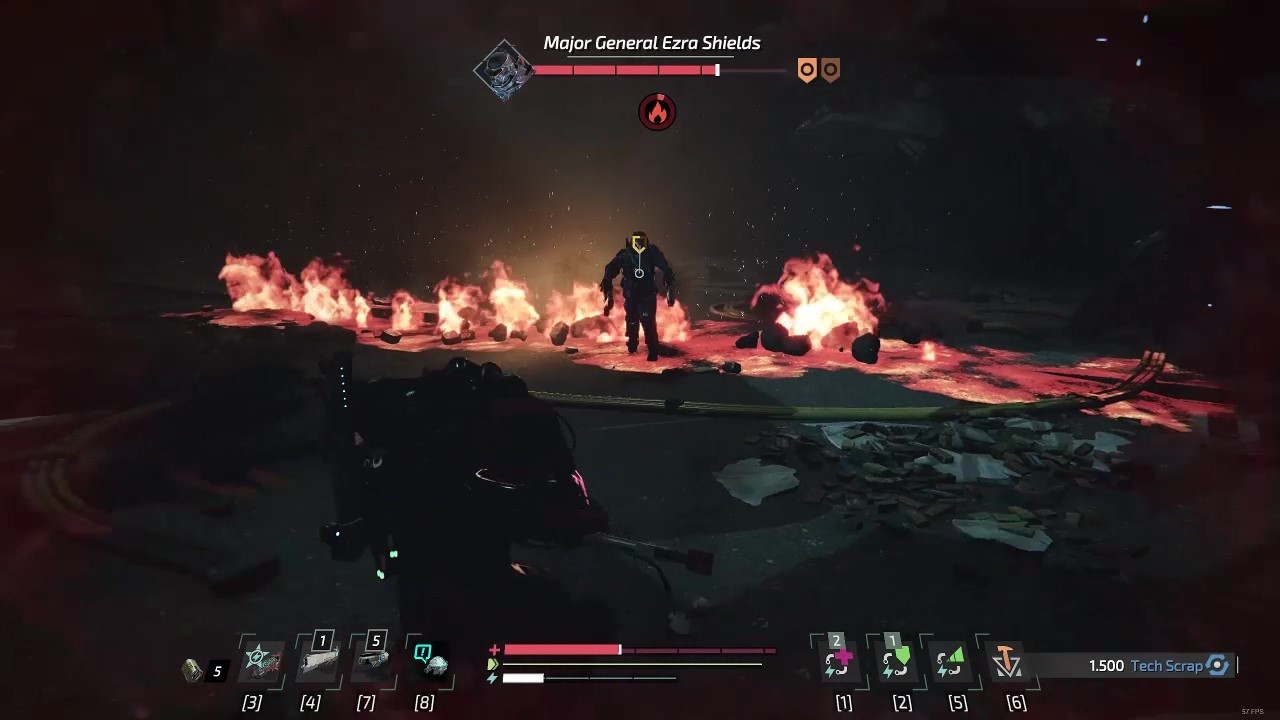 Once the purple health bar is depleted, Major General Ezra Shields will eject from his mech and take you on in person. The mech is not entirely out of commission: the weapons on its arms will periodically fire at you. During this phase the weapons take far longer to disable, so are best ignored. The attacks are easy to evade, so if you hear a weapon spinning up strafe to the left or right, or find cover. Ezra himself will leap at you, which you can either circle the arena to avoid, or block. Two parries are all that are needed to stagger Ezra in this phase, so it’s viable to parry his leap attack. It does have a bit of tracking, however, for those who play more evasively, so try and dodge at the last minute. Try and get a few attacks in after his close-quarters combo, and block what you can. The fight will repeat around these moves of his, with the mech attacking if you are close enough. Just dodge the main combo, block the leap, and keep away from the mech to secure victory.

Once defeated you’ll be awarded his fist weapons, and a cutscene will play.