The Surge 2 – How to Beat the Final Boss: Archangel Eli

Guess who is back for a final fight. 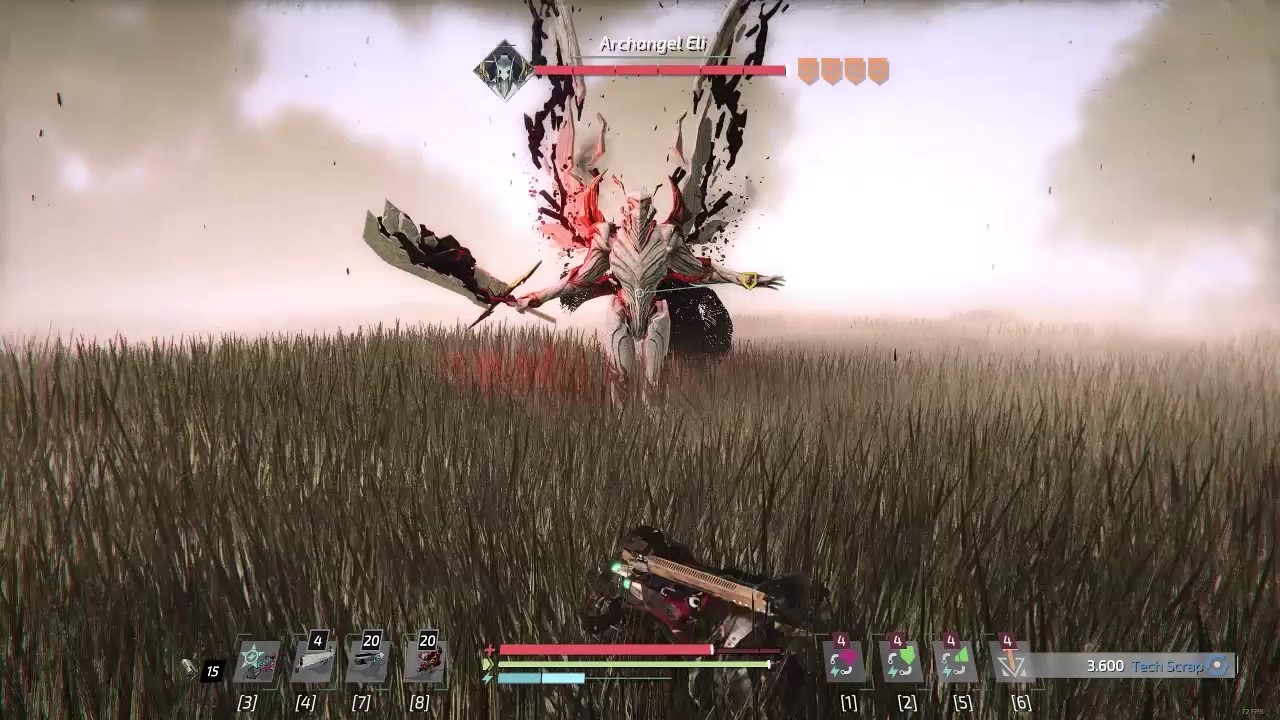 Archangel Eli is the final boss of The Surge 2, and in his third appearance he will turn you into a fine paste if unprepared. This How-To guide will help you put this maniac down once and for all.

With Archangel Eli you’ll want to commit to one of two strategies: either go in with heavy weapons if you plan to parry, or lighter weapons for more efficient hit and run attacks. Eli is relentless in this fight, constantly attacking and leaving little room to breath, so a stamina implant may be required. Having your weapon upgraded to MK10 will also make this fight easier. He is weak to poison and fire, and immune to nano.

Eli is best attacked with two to three attacks at a time. Whenever he swirls his weapon in front of him dash out of the way at the last moment, but watch out for his follow-up charge attack, which will deal heavy damage if it connects. Both of his arms will gain buffs as the fight goes on, extending his attack patterns and capabilities. Focus on breaking the arms whenever they are buffed to debuff them and keep the fight under control.

If Eli has his weapon in a vertical stance he is about to fling some nanite rocks at you. If his left arm is buffed there will be more of them. They are easy to dodge, and when Eli is done he will be vulnerable to attack for a few seconds. You can parry his attacks, but it takes four to stagger him, so evasion is key if you are not built around stamina and blocking. If you choose to block, his four-hit combo and aerial charge attacks are the easiest to block. Any nanite traps he spawns in the air can be dealt with using your drone, and it is best to save the drone for this purpose.

Once defeated you’ll be given a weapon, and depending on your actions in the game you’ll be awarded one of two armor sets when the credits roll. Congrats on beating your first playthrough of The Surge 2.

Home / Game Guides / The Surge 2 – How to Beat the Final Boss: Archangel Eli