The Surge 2 – How to Beat Warden Garcia

Time for a prison break. 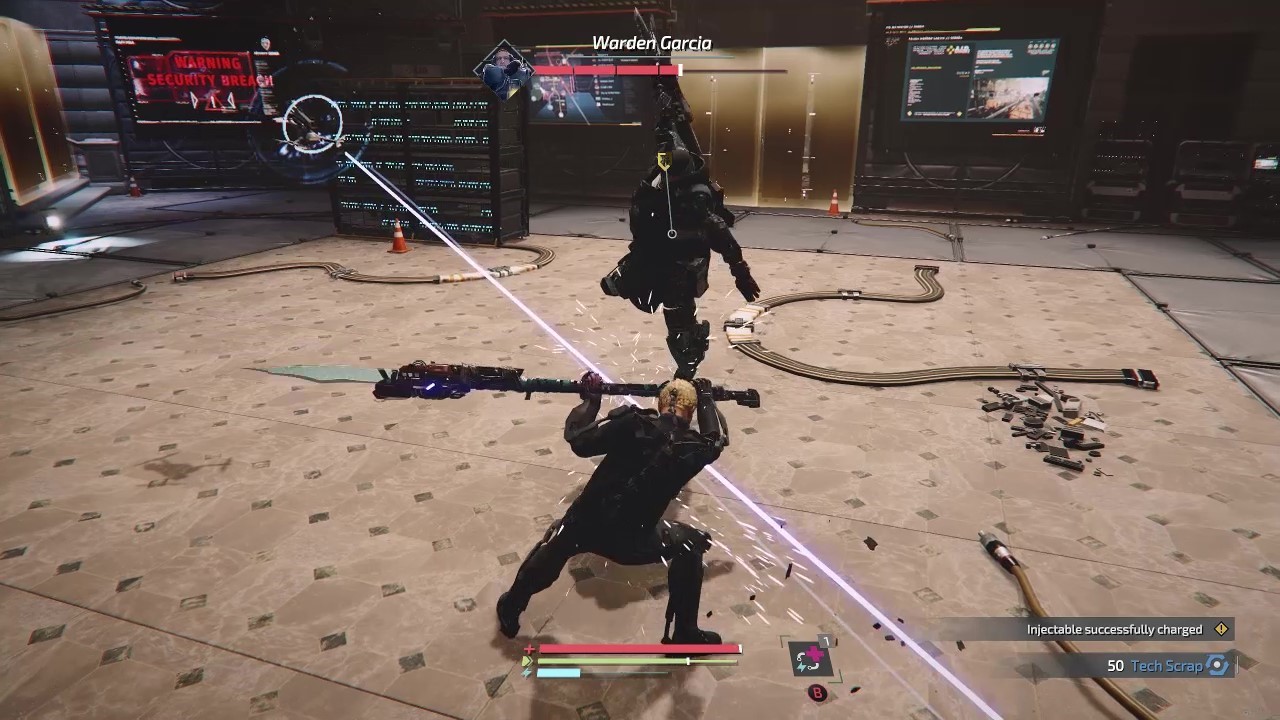 Warden Garcia is the first official boss you will fight in The Surge 2, and this How-To is here to help you survive the encounter.

Warden Garcia likes to aggressively lunge at you, and keep you at bay with his drone. First, installing the Directional Parry Analyzer implant will help you block his incoming attacks. He staggers easily, and will be open to a punishing attack combo if blocked correctly. If you back-pedal away from him you can bait his lunge attack, which is the easiest attack to parry. Use the pillars to keep the drone from having a direct line of sight to you, and block/evade it’s shots whenever the targeting laser appears.

In addition to lunge attacks and a sweeping horizontal combo, Warden Garcia will drop grenades on the ground around him. If you see the drone on his back then he will be dropping grenades. Avoid the large one he drops under him when you are close, as it wills stack burning damage. When he fires a volley of grenades just strafe to his sides and get in a couple quick attacks.

If he is proving too difficult to take down, he does have an unarmored arm that can be attacked for increased damage, though you risk being unable to dismember him for equipment (such as his weapon).

That’s it to Warden Eli: keep up the pressure and bait out easy directional blocks, and you’ll be rewarded with the drone.

Check out our other boss guides here, and for more How-To’s keep your eyes on this page here.

Home / Game Guides / The Surge 2 – How to Beat Warden Garcia