The Surge 2: How to Block, Directional Block & Counter 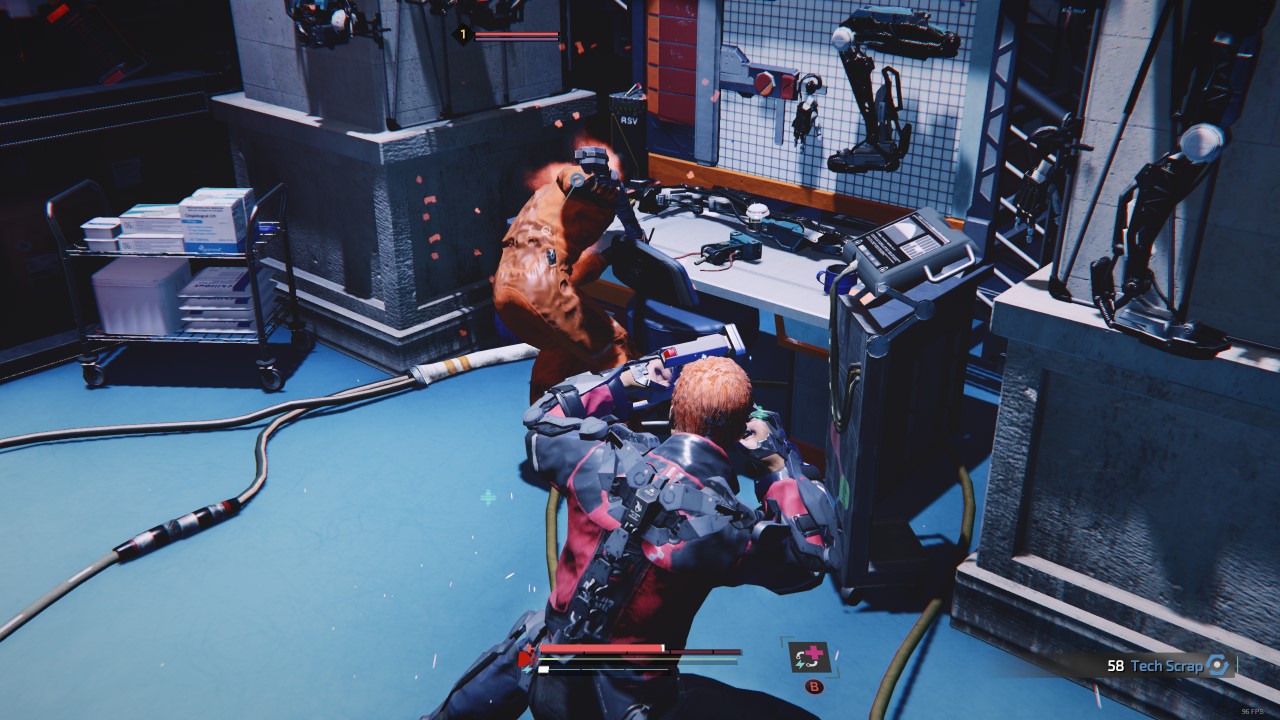 Combat in The Surge 2 revolves around the usual Soulslike cadence of dodging, blocking, and countering.

In The Surge 2 you can block attacks by holding down the Left Bumper or CTRL key. You will throw your hands up, but move slower. Attacks will consume stamina, and once out your block will be broken and you will take damage.

You can also block an attack in the direction it’s coming from for a parry if timed correctly with the new Directional Block. While blocking, move either the right stick or mouse in the direction of the incoming attack. Every time you move to block an attack you will consume stamina, so try and use a directional block only as the attack animation is about to connect. A early directional block will not mitigate damage, and you will eat the full brunt of the attack. There is an implant in-game, the Directional-Block Analyzer, that will highlight the direction an attack is coming. It will also shade the attack direction green for a successful parry, yellow for missed parry that still acts as a block, and red for a failed parry that caused you to take damage.

If you time the directional block correctly you will open up the enemy to a counter attack. A deep bass sound will queue and the camera will zoom in as the enemy staggers backwards. Just press the attack button (RB and RT, or left mouse and right mouse for horizontal and vertical attacks respectively) to deal massive damage.

Jump over or duck under attacks

Furthermore, you can always dodge-counter: immediately after a dodge press the attack button to leap back into the fray and counter the enemy. They will not be more vulnerable during this, like other counters, but you get back in the fight and deal damage while the enemy is between attacks.