The Surge 2: How to Use the Drone

It's your best friend, with a gun. 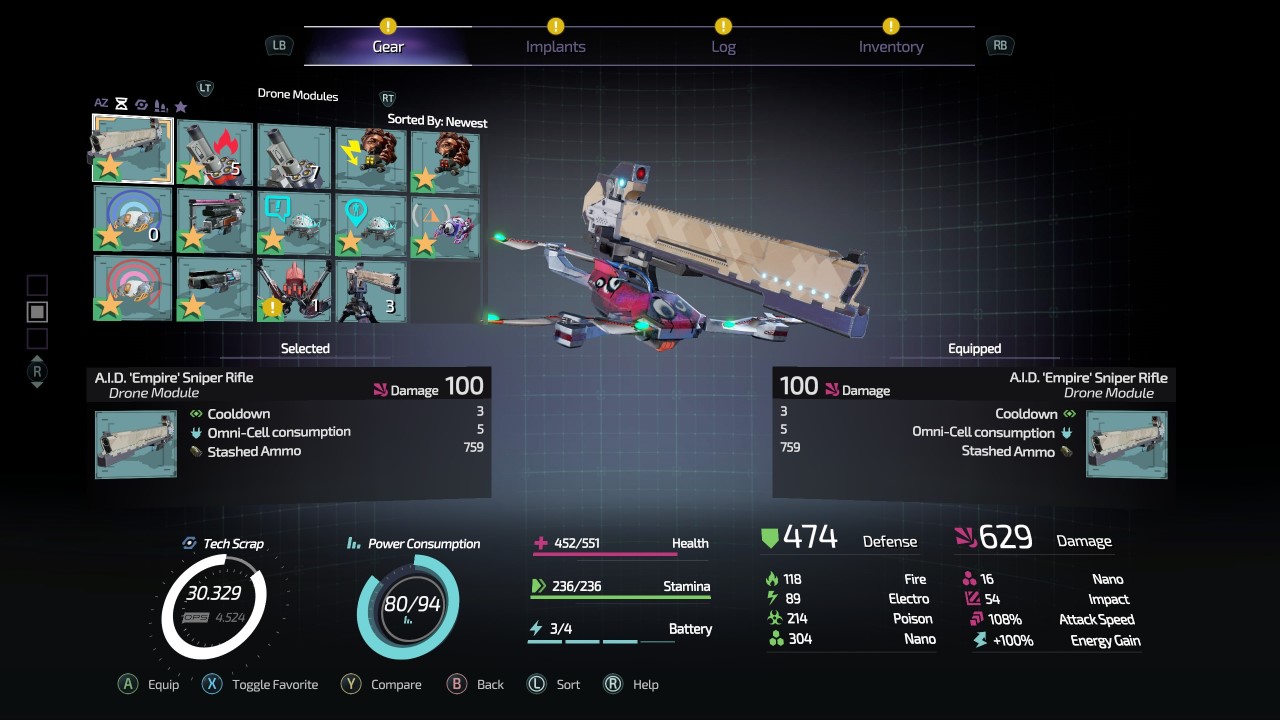 Sometimes you need assistance in a fight, and the drone in The Surge 2 is your flying little ray of support. How do you effectively use it and upgrade it, though?

Drone modules can be found by dismembering opponents, and uses ammo.

The drone you get after defeating Warden Garcia is a single shot pistol, but taking down enemies with firearms and projectiles can net you additional modules. You can find sniper modules, grenade launcher modules: there is a module to fit every build and need. Just go into the gear menu and equip the one you want, or favorite a few for hot swapping whenever you hold down the left d-pad. Time will slow as you select the module you want to use. There is a price to using the drone, however, and that price is ammo.

Unlike the first game, where the drone used precious battery charges to do meager damage, the drone in The Surge 2 can be a dismembering, enemy murdering powerhouse at the cost of ammo. You can carry 20 omni-cells without implants augmenting the amount, and each module will consume a specific amount of ammo. The sniper module, for example, will consume five cells per shot. All I gotta do is target an enemy, click Y or the 3 key, and out comes my hovering sniper. Pressing the Y or 3 key again will make the drone fire its weapon, and a timer will appear above the drone to indicate how long it will remain deployed. Firing another shot will reset the timer.

Ammo can be found out in the world in crates, on the limbs of enemies (look for ammo pouches, usually on enemies with guns), or bought from NPCs. Any ammo found that goes above the 20 omni-cell limit will be banked, and your ammo will be replenished from this stock whenever you visit a med-bay. 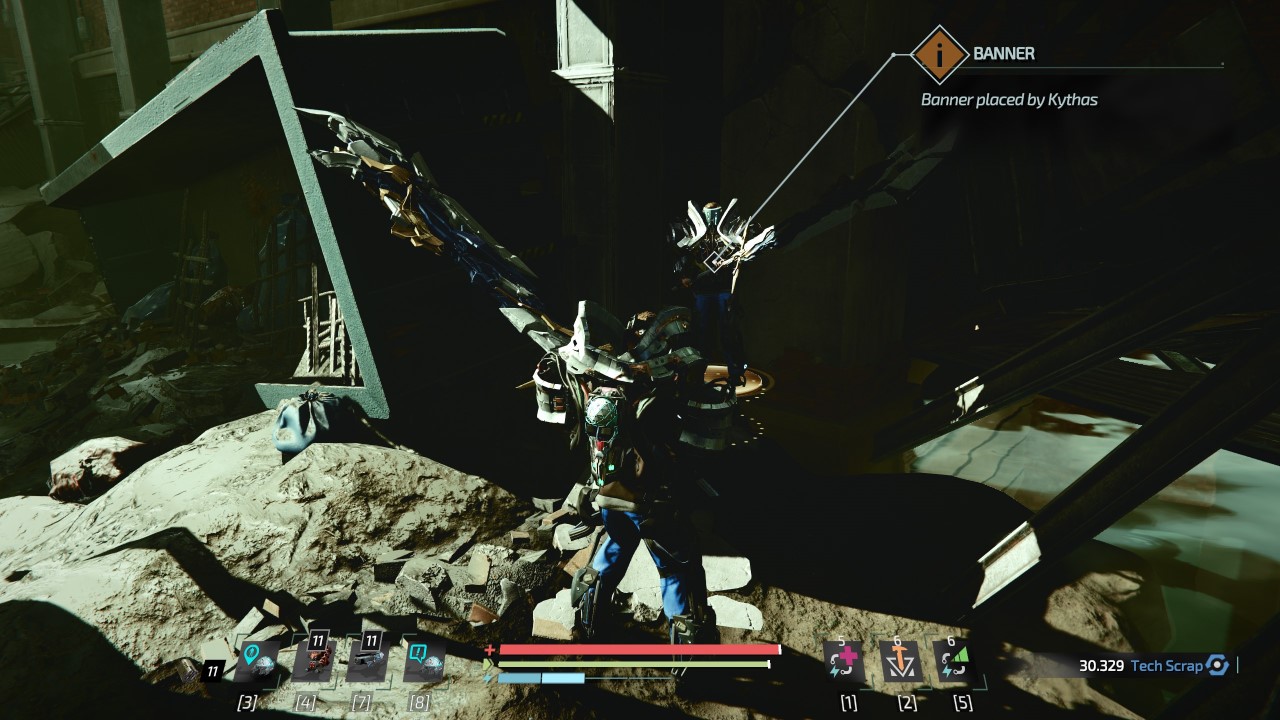 There are social uses for your drone too.

Eventually you’ll find two social modules for your drone that play into The Surge 2’s new asynchronous multiplayer. There is the W-101 Spray Can, which lets you tag graffiti for other players to see in their games. You can select between three symbols, recolor them, then have the drone deploy the spray where ever you aim it. This graffiti can be used to show the location of an enemy or loot, but it can also be used for more nefarious purposes. You can rate graffiti you find as well, leading to the best signposts being kept and the dubious markings being removed.

The W-102 Banner module leaves a hologram of you out in the world where you deploy it. The goal is to hide it in a tough to find spot: the more people that find it, the less scrap you get when it expires. You can also find other player’s banners out in the wild as well for a moderate scrap sum. You’ve officially made yourself a collectible.

The drone is a powerful combat and social tool in The Surge 2, and knowing how to use it is half the battle. It can help you break armor, bait enemies, and lure unsuspecting players to their doom. Use it wisely.

Home / Game Guides / The Surge 2: How to Use the Drone