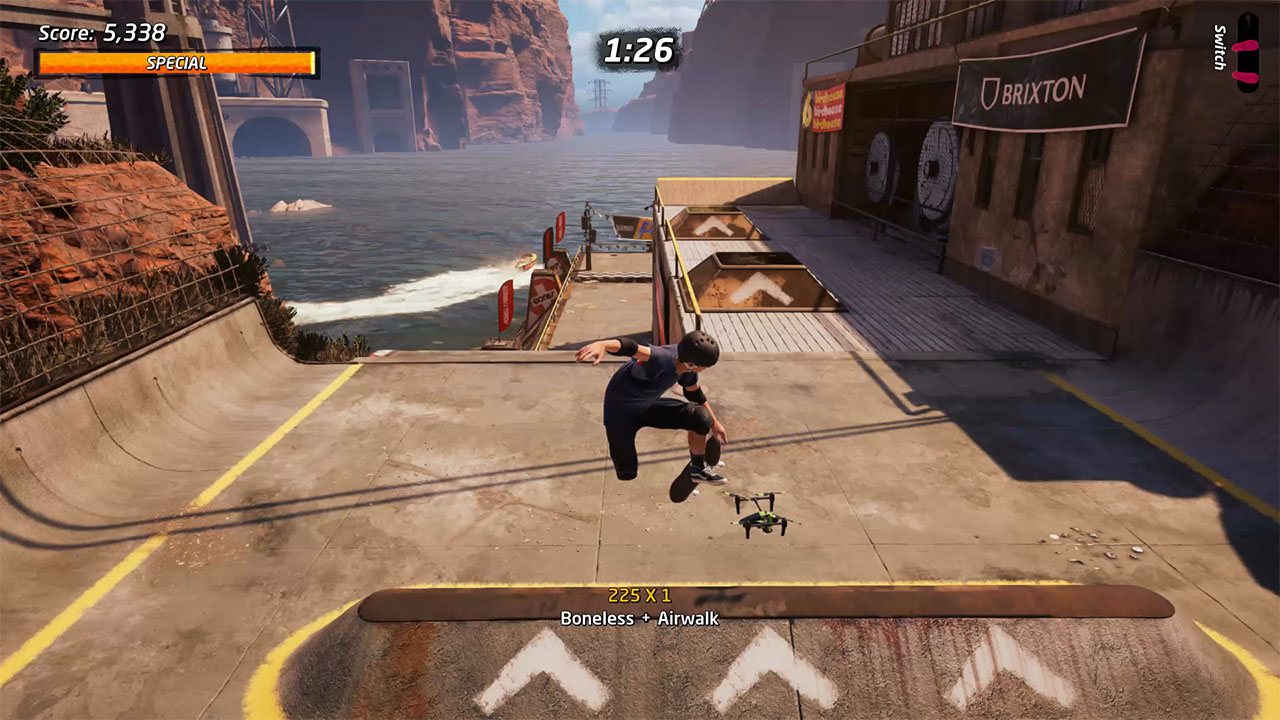 There are a ton of different gaps found throughout Tony Hawk’s Pro Skater 1 + 2 that you can jump across to not only collect, but also get extra scoring points as well. Some of these gaps also play in the Park Goals found in the game as well, such as the Hydrophobic Gap found in the Downhill Jam level. This one can be a bit hard to execute, so we’ve come up with a guide to help you out.

How To Air Walk The Hydrophobic Gap

To pull off the “How To Air Walk The Hydrophobic Gap” in the Downhill Jam stage, you’re not only going to have to figure out where to go to pull it off but also how. This is because you’re not going to just be able to do a normal Airwalk here more than likely unless you have an insane amount of speed built up.

For this one, you’re first going to have to make your way through almost the entire level. This is one of the levels that will restart when you get to the end, in this case crossing the finish line. We don’t want to go that far though, as we want to instead stop right before the path goes down near the end. 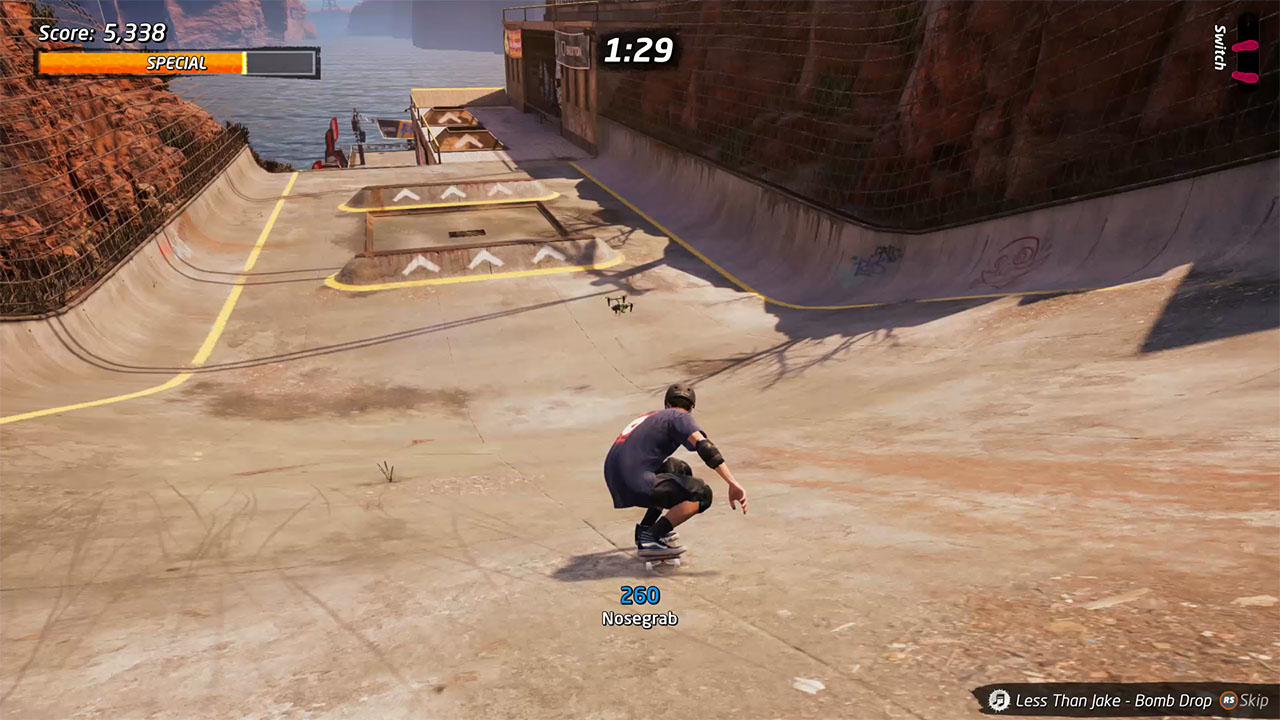 As you can see in the above image, there are two little ramps in the middle with yellow around the edges and three arrows on each of them. What you’re going to need to do for this Park Goal is to use the first of these as a ramp to jump over the second one.

This is easier said than done, so you’re probably going to need to use a Boneless technique to give you some extra air to help clear the gap by pressing up twice before letting A/X go to make the jump.

While in the air, you then have to use the Airwalk technique, which is actually spelled differently than the Park Goal, as it is one word. To do this, you need to be in the air and press B while aiming the left analog stick in the bottom right corner that would be a southeastern position on a compass. This can be a bit difficult to pull off while getting enough air and landing it correctly, so keep trying until you get it. You can always go back up the nearby path and try again without having to restart the whole thing.