Torchlight 3 – How To Respec Skill Points

Have you changed your mind? 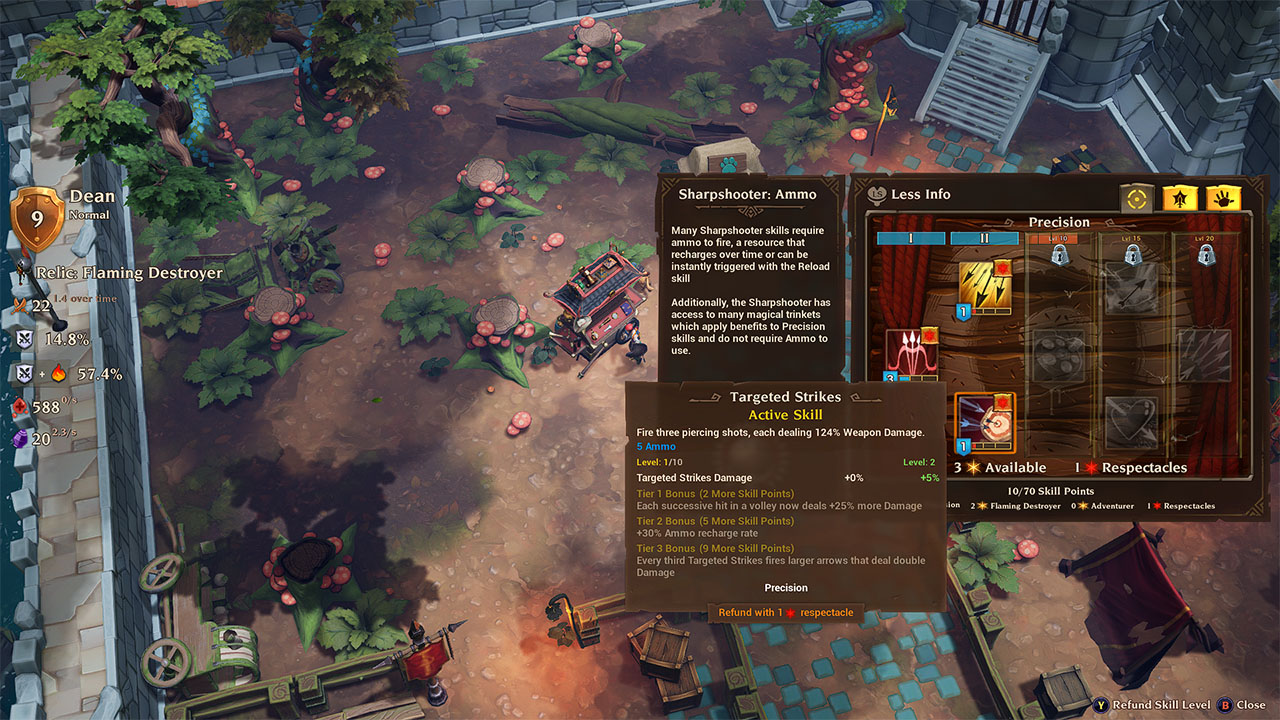 The gameplay in Torchlight 3 is all about upgrading your respective character by acquiring skill points and getting access to new abilities, regardless of which of the four classes you have chosen. Not only do you have the two skill trees for each class, but there are also the Relic skill trees for you to deal with as well. Skill points can be used on these to get abilities, but sometimes you just realize you don’t like the build you have gone with move wise and want a redo. The good news is that Torchlight 3 allows you to respec your skill points in the game, but it’s not something that is outright apparent in the game.

How To Respec Skill Points

While it is possible to respec your skill points in Torchlight 3, this is not an invitation to be careless with your skill points that you earn. That is because respecing is not something you can do endlessly and instead requires an item known as a Respectacle.

Respectacles are obtainable in Torchlight 3 in a few different ways, such as from defeating bosses or as a consumable that you obtain from completing quests in the game. For the latter, you’ll have to go to your inventory and to the consumable tab to use it.

Once you actually have Respectables to use, you need to head to your own personal fort. While there, you need to make sure to build a Skill Station respective to your class. This would be Arcanum for Dusk Mage, Arms Cart for Sharpshooter, Automaton Shop for Forged, and Workshop for Railmaster.

After you have built the Skill Station in your fort, interact with it to bring up your skill tree. This will look like the normal skill tree area from the menu, but now you can actually refund skill points on these abilities by pressing Y/Triangle or selecting it on PC. This will use up your Respectacle though, so be very careful about what you are refunding, as you can’t take it back after doing so.