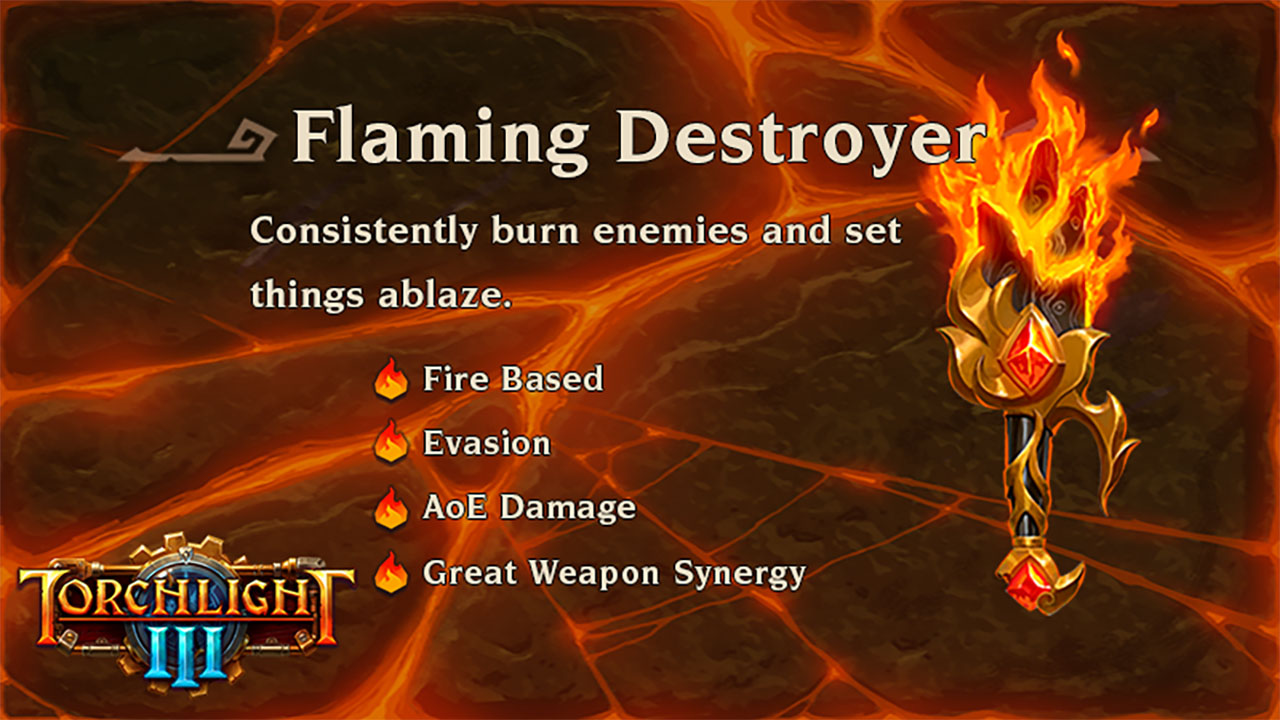 Torchlight III features a pretty in-depth skill system that is split into different parts. Not only do you select a class at the start, but also what is known as a Relic in the game. There are five total Relics to choose from that gives you a wide array of new abilities to work towards unlocking in the game with your skill points. Each of them have a specialty for you and this guide is going to focus on the Flaming Destroyer Relic specifically.

Those looking for a fire based setup are going to find the Flaming Destroyer Relic right up their alley, as each of the relics provides you with some sort of theme for its abilities. As with the other Relics, there are 10 total skills for you to unlock that are a mix of active and passive skills.