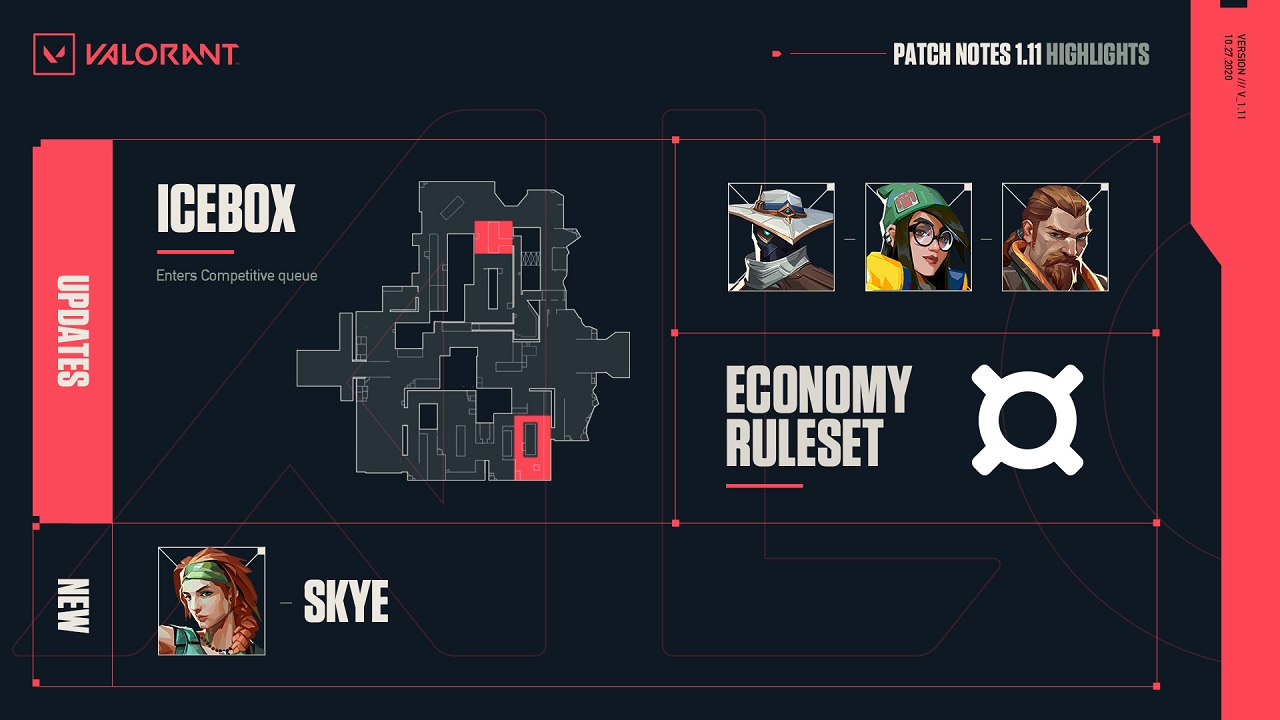 Valorant blew up earlier this year when it was in beta and then officially released as a free-to-player shooter only a few months later. Coming from Riot Games that also works on League of Legends, you would expect them to consistently update the game. This has been the case so far, with regular updates every couple weeks. The latest of these updates first came out last week, but was quickly rolled back after some major issues were discovered as a result of the update. Riot has evidently gotten the kinks worked out now though, as update 1.11 for Valorant is now live.

Update 1.11 is now available for Valorant without the problems when they first tried to release it last week. With this update comes not only the arrival of a new character, but also plenty more, which you can read about below and on the official Valorant website.