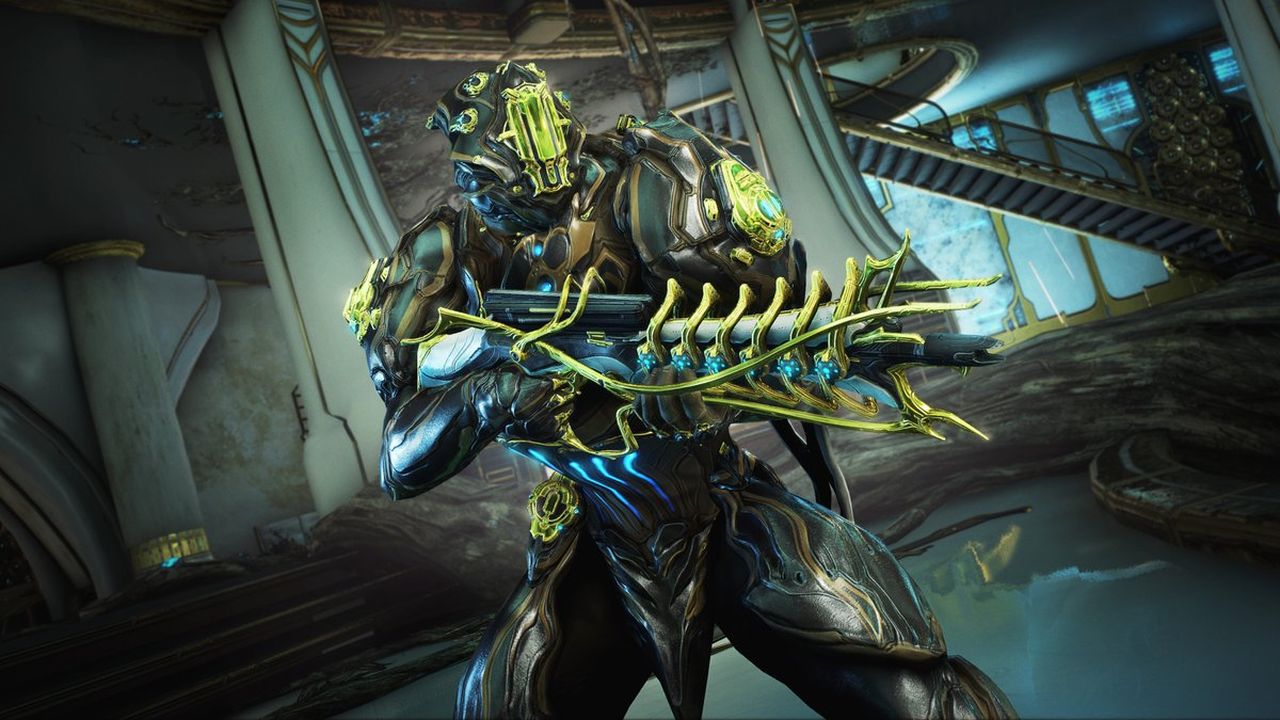 The Boltor Prime, a gun that once dominated the meta in Warframe, is currently in the game’s drop tables. It’s an automatic assault rifle with non-hitscan projectiles. Prime weapons are basically the direct upgrades of their normal counterparts, usually with some kind of secondary mechanic to them.

However, this is one of the more outdated Prime weapons of the bunch. It acts like a typical, standard issue gun in the game, just with that signature Prime, gold timing and a satisfying firing sound. The Boltor Prime’s stats seem pretty decent as a mid-tier weapon, but its high mastery level legitimately confuses me. It doesn’t sport anything significant other than its impressive status chance percentage.

Here is a build where I make the most of the weapon’s greatest strength. 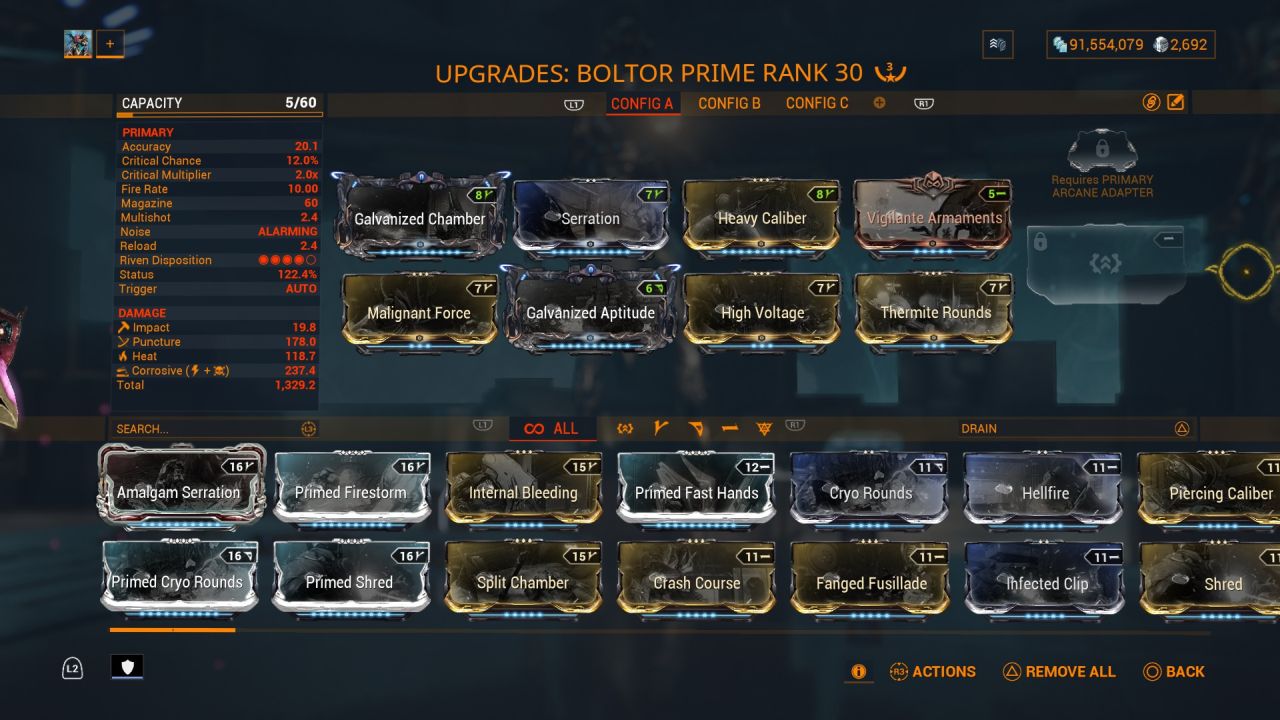 Unfortunately, this build does seem to be out of the question for lower-leveled players due to the use of Galvanized Chamber and Galvanized Aptitude. The former can be swapped out for a normal Split Chamber, but it does miss out on damage increases with the ‘On Kill’ effects.

All weapons in this game are viable to an extent, but the real test lies in whether or not it can take on Steel Path or level 150+ enemies. The Boltor Prime, in this case, requires one of the newer Galvanized mods. Galvanized Aptitude is a staple for this build. Without it, not much more can be squeezed out of this weapon’s potential other than using a perfectly rolled Riven Mod or using damage buffing abilities like Mirage’s Eclipse, Rhino’s Roar, or Chroma’s Vex Armor.

The weapon was tested using the standard Simulacrum setup of max-leveled Corrupted Heavy Gunners. It didn’t really shine until the Galvanized took effect, only making the weapon perform half decent.

If you are a fan of the Boltor Prime because of its design or just any other preference, by all means go for it. Though, I would suggest picking up an Acceltra, Telos Boltor, or the Trumna instead.