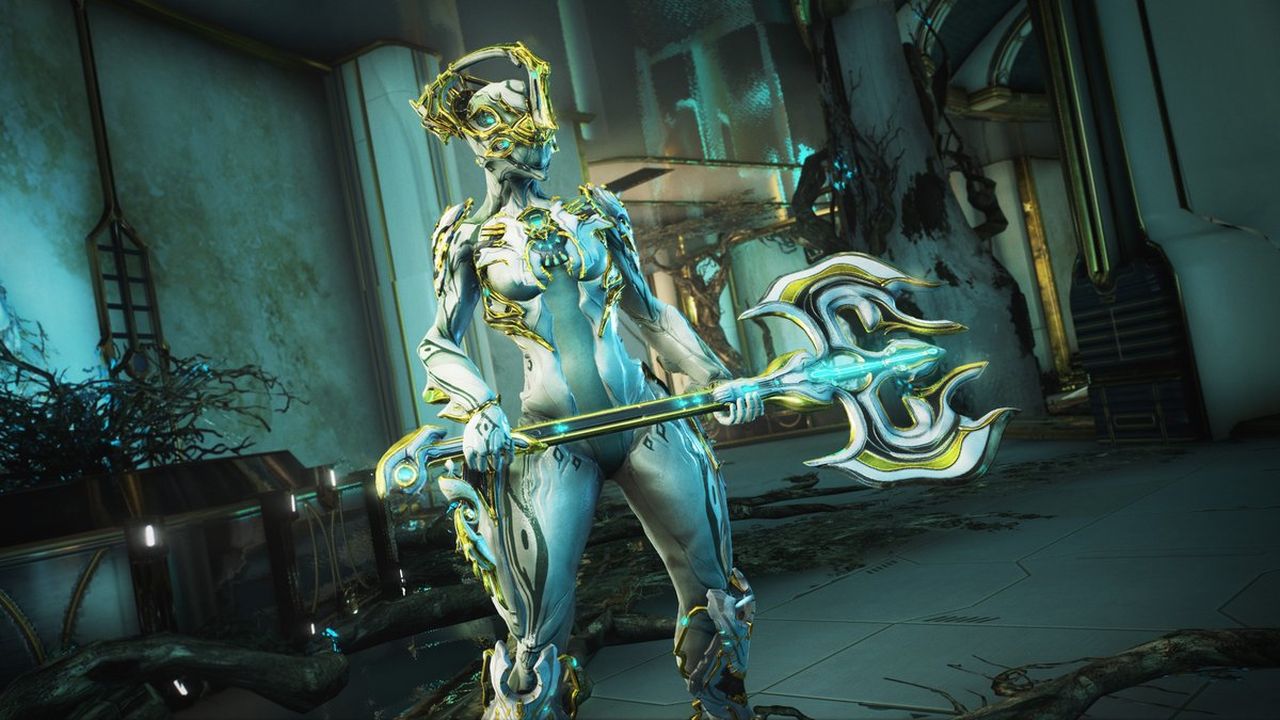 The Scindo Prime, a weapon that has long since seen its heyday, is in current drop table rotations via Void Relics. It’s definitely the stronger of the bunch in this unvaulting.

This weapon has a lot of strengths, namely in its base damage, priority in slash damage, and with an overall solid critical and status chances. Its main trade off, despite having higher-than-average stats, is that the weapon is quite slow. It makes sense since it’s a heavy weapon.

Here is a build for the Scindo Prime, making use of its best strengths. Keep in mind, while this build says the weapon is unranked, it has its maximum mod points (30) because I’m at Mastery Level 30. 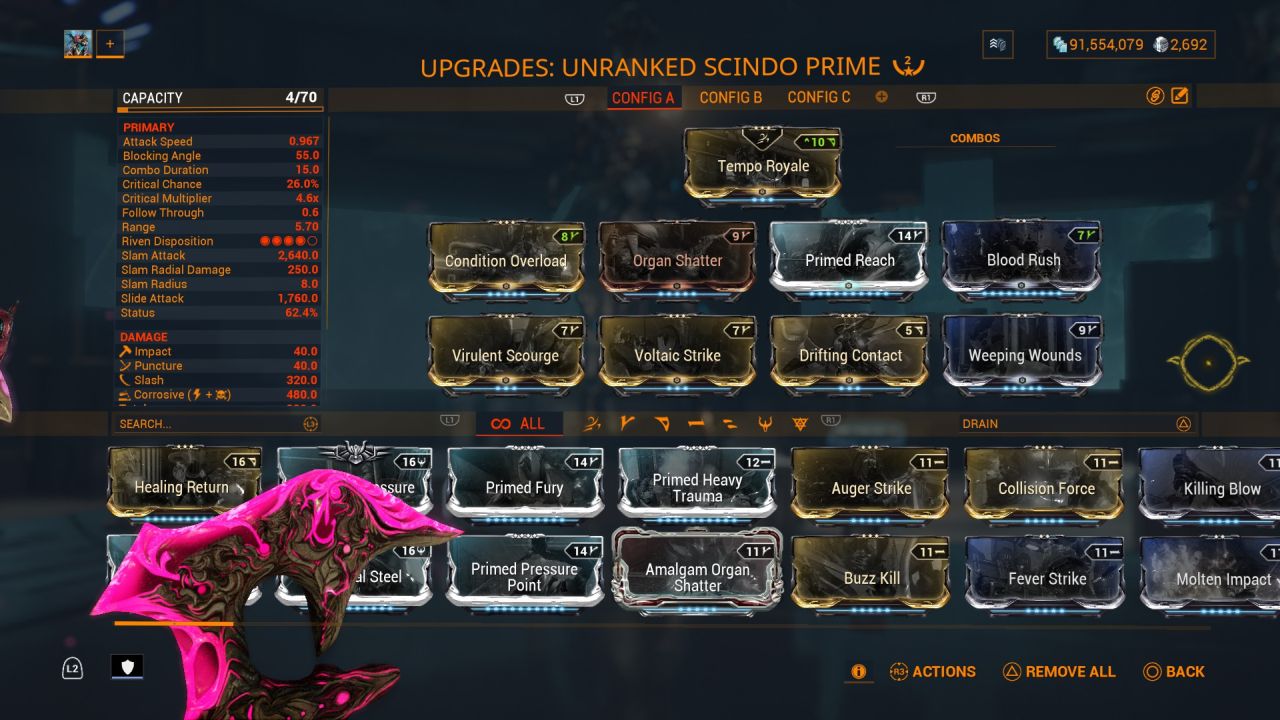 I’m a fan of the Tempo Royale stance more than Cleaving Whirlwind, but either one works, especially since they are both of the same polarity. Since this is a status and crit-heavy weapon, you will definitely slap on the Condition Overload and Blood Rush mods, despite their recent nerfs in Update 30.5. You’ll then need an Organ Shatter and Weeping Wounds mod to further bolster the potency of the aforementioned two.

Add in your dual stat elemental mods to increase the status chance, along with a Drifting Contact mod, though that could be swapped with Body Count at the cost of some status chance. What does seem a bit peculiar and out of place is the absence of the Pressure Point or Primed version of the mod.

There’s a reason for it; despite the nerfs, the mod still outweighs the strength of a maxed out Primed Pressure Point. Adding that extra mod would mostly produce diminishing returns. The damage will be increased, but would be much more maximized with something that scales with a higher combo count.

The Scindo Prime is a decent melee weapon overall. Many people see it as not being as great as it used to be in the past, but it can definitely put in some work with the right build. Should you like the way this weapon plays, I would recommend farming for a Gram Prime, Galatine Prime, or even a heavy blade Zaw.