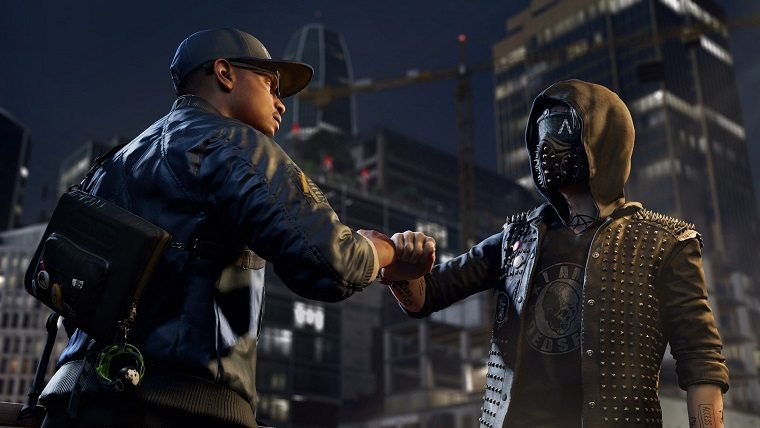 Watch Dogs 2 is a big game, and when you’re just starting out it can be a little overwhelming to keep track of everything you can do. While you’ll eventually get the hang of it, if you use this guide then you’ll have a better idea of what’s in store and won’t miss out on some of its better features.

First of all, the game offers hacking, stealth and shooting as its 3 main ways of making your way through its objectives, but hacking and stealth are always the options you want to go with. Shooting will trigger an onslaught of enemies to come at you, and seeing as combat isn’t all that satisfying and the protagonist has a low time-to-kill means you should typically avoid that method.

Having said that, this means that you should focus many of the points that you get from main and side operations on hacking abilities. While standard hacking will allow you to manipulate faulty equipment to distract or take out enemies, it’s the ways you can mess around with enemies directly where hacking truly shines. You can make their phones go off to distract them temporarily, call in a cop to arrest them, or even send a gang to come and cause a big shootout so you can sneak by during the chaos. Hacking is always the way you want to go and results in the most satisfying moments of the game, so go that route when you can.

When it comes time to hack, make sure that you initiate Nethack by clicking R3. This will trigger a sort of “Spidey sense” vision mode where enemies and objects of interest will be highlighted, which makes finishing your job much easier. While you’re in the middle of making your way through a heavily-patrolled building, never forget to use the many security cameras that are scattered throughout. All you have to do is look in their direction and you’ll be able to hack them, which will allow you to not only scout the area but also hack things from their vantage points. You can do this to get the keys to unlock doors, as well as noting where all of the environmental hazards are.

You’re also going to want to make sure that you use the RC Jumper and Quadcopter as much as possible, as they make things much easier and are life savers in certain situations. The RC Jumper can roll under tables and through vents, and can even manage the junction boxes you’ll need to interact with physically to unlock certain doors. The Quadcopter is great for getting an aerial view of a building, while also being able to hack things from a safer distance.

You can sneak up behind enemies and take them out silently with a melee kill, which is typically the best option to avoid causing the entire area to enter panic mode. One thing to be very wary of, however, is that the bodies of the enemies you take out cannot be moved. While this isn’t a big deal if you’re shooting the place up, if you’re trying to remain undetected then this can be a huge aggravation. Other enemies will inevitably stumble upon the body lying out in the open, which will cause them to go into panic mode and make your life living hell. As you study enemy patrol patterns you should always try to take them out when they’re in a spot where they’re unlikely to be seen once taken out.

When taking part in the hacking mini-game, always remember that you can send out your RC Jumper or Quadcopter to get to the parts of the node layout that are currently outside of your vantage point. This will allow you to stay in cover and out of trouble while you complete the mini-game, while also being able to focus more on actually figuring the puzzles out.

If you’re in a situation where you’re trying to scale a building or make your way over walls, always be on the lookout for scissor lifts or other machinery that can be used to get you to the top more easily. Vehicles can be placed strategically to make your way over obstacles, so make sure you’re scanning your environment as there’s typically multiple ways for you to make progress.

If you want to get deep into the many facets of the skill tree, then you’re going to want to complete as many side operations as you can. These will show up on the world map and are typically quick diversions that will nevertheless increase your follower count. You may be the type of player that just likes to plow through the story first before diving into side content, but you’ll have a much easier time with the main operations if you regularly complete the side operations.

It’s also worth noting that some of the abilities in the skill tree will require “key data” collectibles outside of upgrade points, which will be marked on your map in various areas. Always make sure to hunt these down as soon as you’re aware of their location, because they can potentially allow you to unlock some of the game’s best abilities.

Navigating the large area of the game’s version of San Francisco can be time-consuming if you rely solely on vehicles, but don’t forget that the game has an excellent fast-travel system. There are numerous locations scattered throughout the map that you can warp to without having to have explored them previously, and this will save you loads of time when all is said and done. However, also be sure to do some exploring when you can, as you’ll spot worthwhile items to collect and even trigger new side operations.

When you find yourself in a situation where the cops are on your tail, always make sure you utilize your hacking abilities to try and lose them. You can hack traffic lights to cause collisions, hack barriers to stop them in their tracks and so on. You’ll also typically want to get on a motorcycle when you can, as this will more easily allow you to go off-roading and is the fastest way to escape. It’s also worth noting that hopping on a boat and sailing away is not the guaranteed escape that it was in the first game, as cops now have boats to hunt you down in the water.

Navigating the city will also be your main opportunity to make money, and you can read our guide on making money quickly in the game by clicking right here.

If you have any other tips or tricks that aren’t listed here, be sure to share them in the comments below!