Use drones to scout out areas, grab hard to reach items, or to pester random civilians. 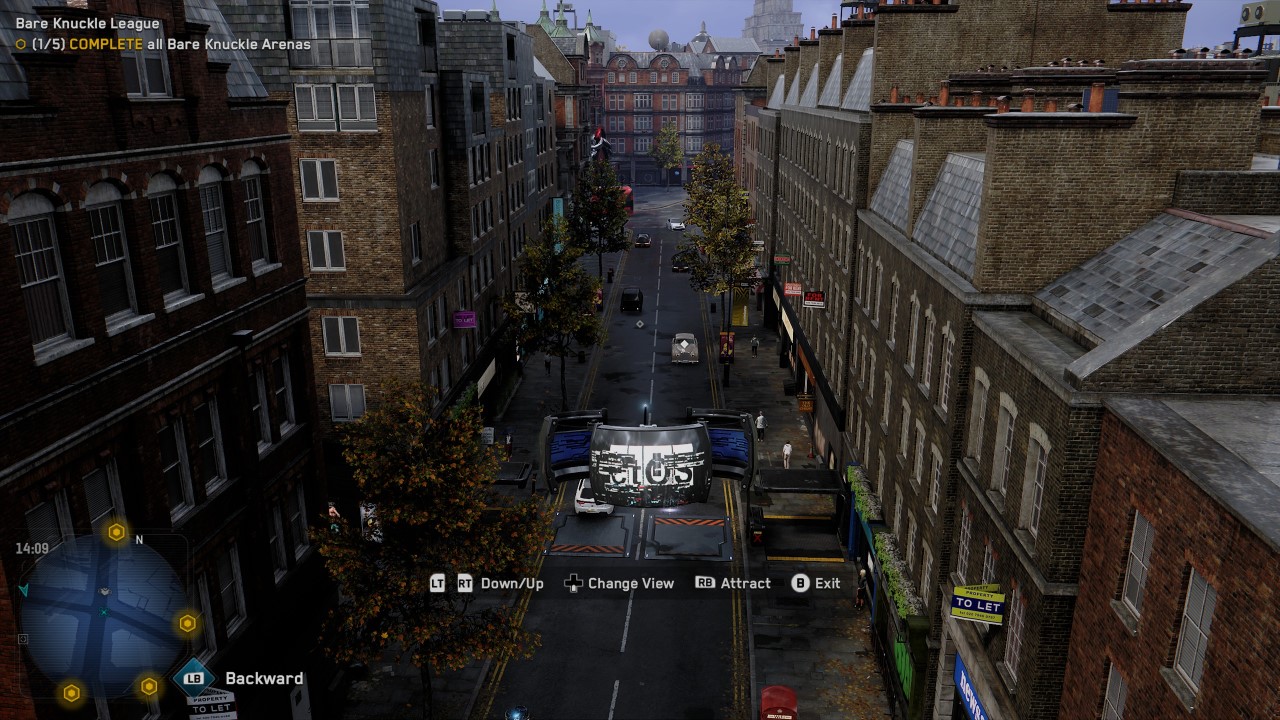 In the near-future London of Watch Dogs: Legion, drones are everywhere: spewing propaganda, monitoring citizens, delivering packages, and “suppressing” dissent. These flying mechanical bastards are easy enough to hack and control, though you’ll need some Operative Skills and some Tech unlocks to hijack all of them. Thankfully, flying them doesn’t require much mastery.

Drones in Watch Dogs: Legion can be controlled after hijacking them.

There are a variety of drones in Watch Dogs: Legion, but there are three anyone can hack out of the gate. The propaganda drone (as seen in the featured image), the surveillance drone (it’s a traditional drone with a camera attached), and the cargo drone (the vehicle-sized drone) can be hijacked by damn near everyone, but if you want to take over the riot, counter-terror, chase, or delivery drones you’ll need either the associated unlock from the Tech menu, or an operative with the appropriate Operative Skill. The Tech upgrade to hijack these specialty drones is the second out of the three available for each, and they are pricey, so hunt down an operative with the skill you need to save some tech points in the early game.

Flying a drone is simple enough. On controller the Left-Stick controls the flight path of the drone, and the triggers will alter your altitude (left to go down, right to go up). It’s just as easy on mouse and keyboard: WASD controls the drone, Left-Ctrl makes it go down, and Spacebar pitches it upward. Down on the D-Pad or Z on keyboard will allow you to switch to a first-person view, and Left-Mouse/Right-Bumper will trigger each drone’s contextual ability. That said, additional contextual options are triggered by holding down Right-Bumper on controller, or by clicking the H-key on keyboard. You can exit a drone by pressing B/Circle on controller, or Escape on keyboard.