What is Simulacrum in Tower of Fantasy? Simulacrum meaning, explained

Learn the ins and outs of this gacha feature! 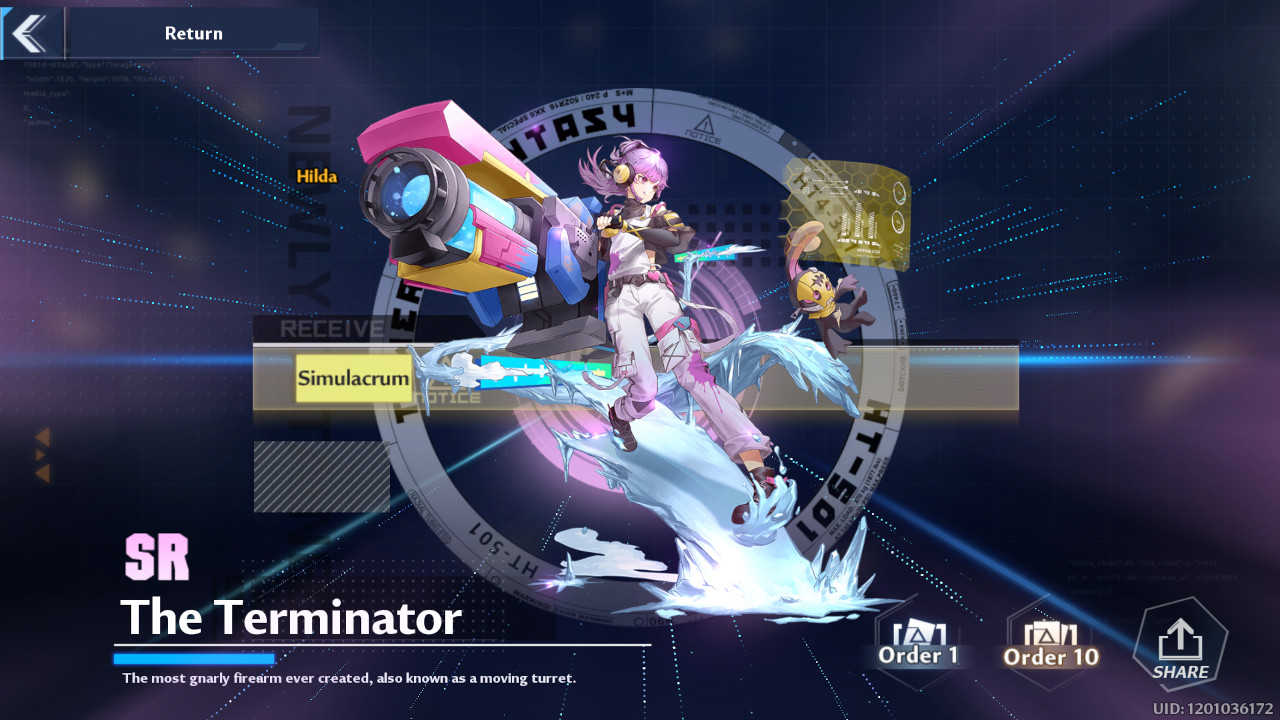 Simulacra in Tower of Fantasy are an interesting concept, lending further into the science-fantasy concepts of the game while also allowing them to be incorporated into the gacha gameplay elements.  Players might be confused by the terminology used, however, and what it has to do with the game, as well as it’s meaning to the characters it introduces.  They are integral to the gameplay experience of Tower of Fantasy, but what is a Simulacrum?  Read on to find out.

The Simulacra in the world of Tower of Fantasy are characters who used to exist in the world but live on as AI manifestations that double as weapons and even cosmetic skins you can wear, allowing you to mimic their personality.  They are the gacha pulls any Tower of Fantasy player will be seeing, ranked SR and SSR in the Special Order feature.  Their capacity for change, evolution, and awakening results in them being an asset to you, the Wanderer. The weapons you can wield based upon them can vary from melee weapons like swords and spears to ranged weapons like firearms, featuring distinctive designs.  In the gacha system, they are the SR and SSR pulls you can get and are often represented by some very cool characters.

Once you’ve reached a certain point in the Astra Shelter questline, you can perform Simulacrum Awakenings in Tower of Fantasy. You’ll get access to far more of the Simulacrum’s information, allowing you to develop them further.  This includes a gifts menu where you can give the characters items to bring them closer to awakening, and even select an Archive option that gives you fascinating lore on the respective character as you awaken them. This allows you to learn the backstory of Hilda and her enormous weapon, The Terminator, alongside others such as Tsubasa, Pepper, Zero, and many more.

This concludes our guide on What a Simulacrum is in Tower of Fantasy!  Be sure to check out our other guides on the game!

Attack of the Fanboy / GAME GUIDES / What is Simulacrum in Tower of Fantasy? Simulacrum meaning, explained