When Does Flying Unlock in World of Warcraft Shadowlands

You may not be able to take to the skies right now, but you will soon. 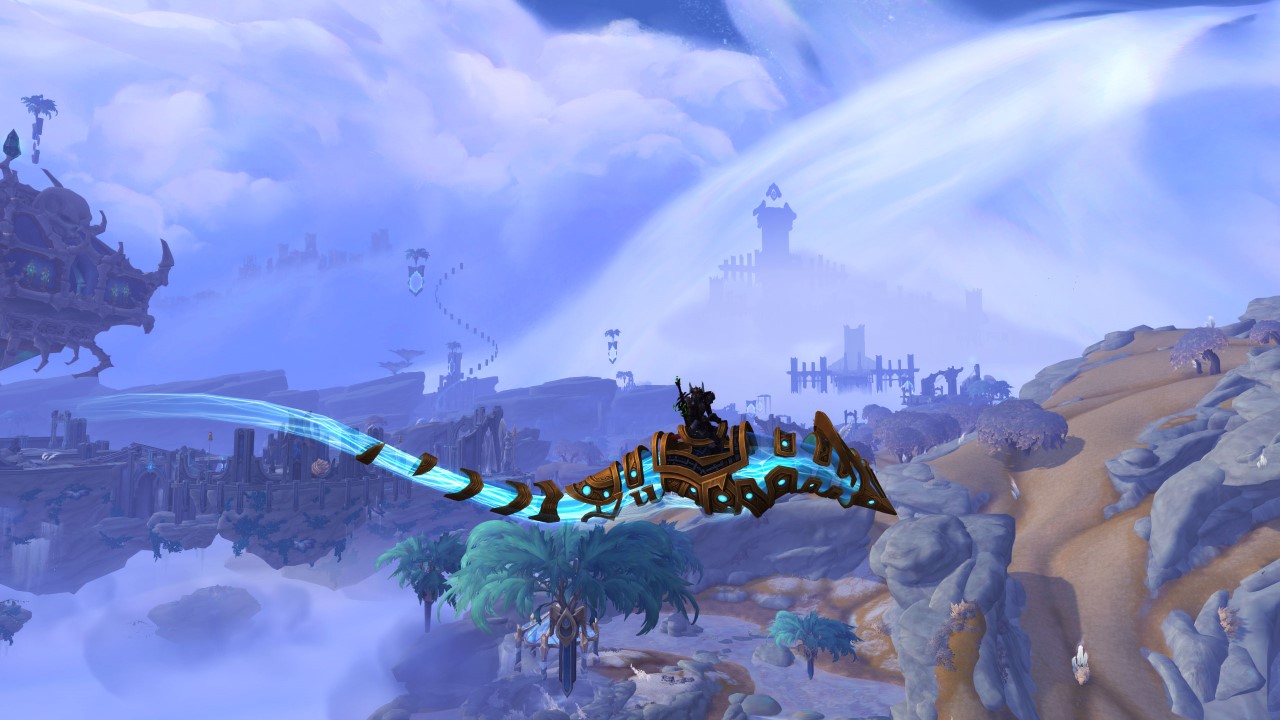 Flying has not been an automatic unlock in recent World of Warcraft expansions, and Shadowlands is no exception. We have at least learned that it won’t be as arduous a process as it was in Warlords, Legion, or Battle for Azeroth. Similar, but not as painful because reputation won’t factor into the Pathfinder achievement for once.

Flying will be added in Patch 9.1 after completing the Shadowlands Pathfinder achievement.

Like the aforementioned expansions, flying in World of Warcraft Shadowlands will require completion of the Pathfinder achievement. That means fully exploring each zone and completing all the quests within them, but you’ll no longer need to reach Exalted with the major factions for the achievement. That requirement will be replaced with Renown according to Executive Producer John Hight (in a since deleted interview with HazelNutty over on Twitch).

We don’t know the specific Renown rank we’ll need to reach quite yet, and there’s always a chance it could be a Renown rank added in Patch 9.1. Renown is far easier to grind and catch up on than reputation however, so it’s a welcome change. As for knowing flying will come in Patch 9.1, and not the second major patch for Shadowlands (which has been the norm for a while now), that tidbit was confirmed by Ion Hazzikostas. In an interview with WoWHead.com he stated flying will debut in Shadowlands Patch 9.1. He also confirmed in that same interview that the Flight Master’s Whistle won’t work in Shadowlands, and we’ve been feeling the loss since launch. Come on Blizz, add more flight points to Bastion!

Since it takes roughly 4-5 months for the first major patch to deploy now is a great time to start knocking out your Pathfinder objectives. The achievement may not be in-game yet, but exploring the zones and clearing out all the side quests will be requirements if previous Pathfinder achievements are anything to go off of. Work on those two things, and clear your weekly Renown quests to ensure you’re able to fly as soon as possible once Patch 9.1 drops.