Be mindful of where you're standing, unless you wish to doom your whole raid. 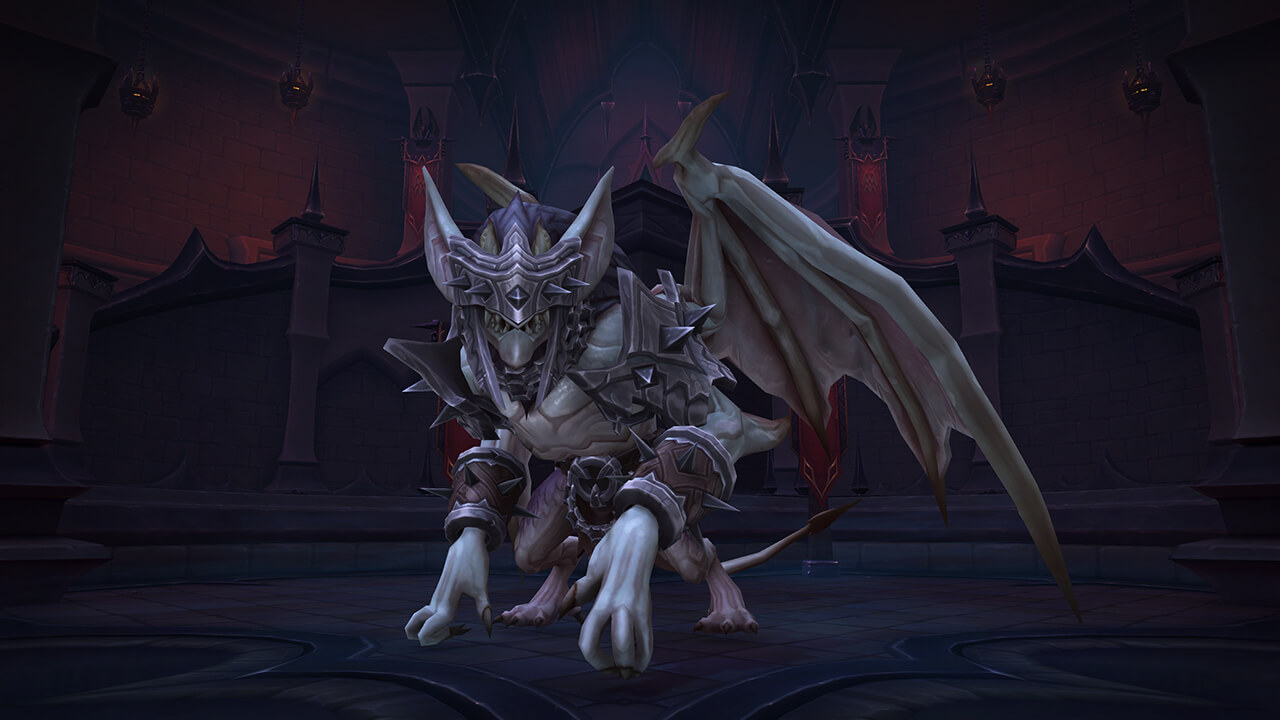 Castle Nathria is World of Warcraft Shadowlands‘ first raid, and the massive Shriekwing stands as its gate-keeper. Prospective raiders will need to take this giant gargoyle down before pressing deeper into Castle Nathria. Below I will break down each of Shriekwing’s abilities in Castle Nathria, followed by a quick rundown of the encounter. This guide is tailored for the Normal version of the raid, but will work just as well for those using LFR (any differences will be noted).

Earsplitting Shriek: Shriekwing inflicts 11380 Sonic damage to all players within her line of sight and an additional 2276 Sonic damage every 2 sec for 12 sec. Players also leave behind Sanguine Ichor at their location.

Echolocation: Shriekwing senses a player and descends on their location after 6 sec.

Wave of Blood: Shriekwing inflicts 5690 Shadow damage to all enemies and an additional 1707 Shadow damage every 2 sec for 12 sec.

Blood Shroud: Upon reaching 100 blood Shriekwing fades into the shadows and begins to prowl blindly about The Grand Walk. Players who come within 12 yards of Shriekwing are murdered.

Earsplitting Shriek: Works the same as it did during Phase 1.

Echoing Sonar: Echoing shrieks inflict 7966 Sonic damage upon contact, horrifying for 4 sec and descends on that location after 6 sec.

Shriekwing is simple in concept, but players failing to break line-of-sight during Earsplitting Shriek can lead to excessive strain being placed on your healers, and few safe areas to stand in. Additionally, players that fail to place their Sanguine Ichor at the edge of the arena during Descent will slowly lead to a wipe.

Finally, Phase 2 will require all players to simultaneously maintain their distance from Shriekwing while breaking line-of-sight to ensure Earsplitting Shriek doesn’t fill the room with Ichor. That, and players will need to avoid the rings spawned by Echoing Sonar, lest they find themselves feared within the deadly 12-yard ring of Blood Shroud.

To break it all down to bullet-points: