World of Warcraft Shadowlands: How to Unlock Mission Command Table

The mission table returns as an auto-battler. 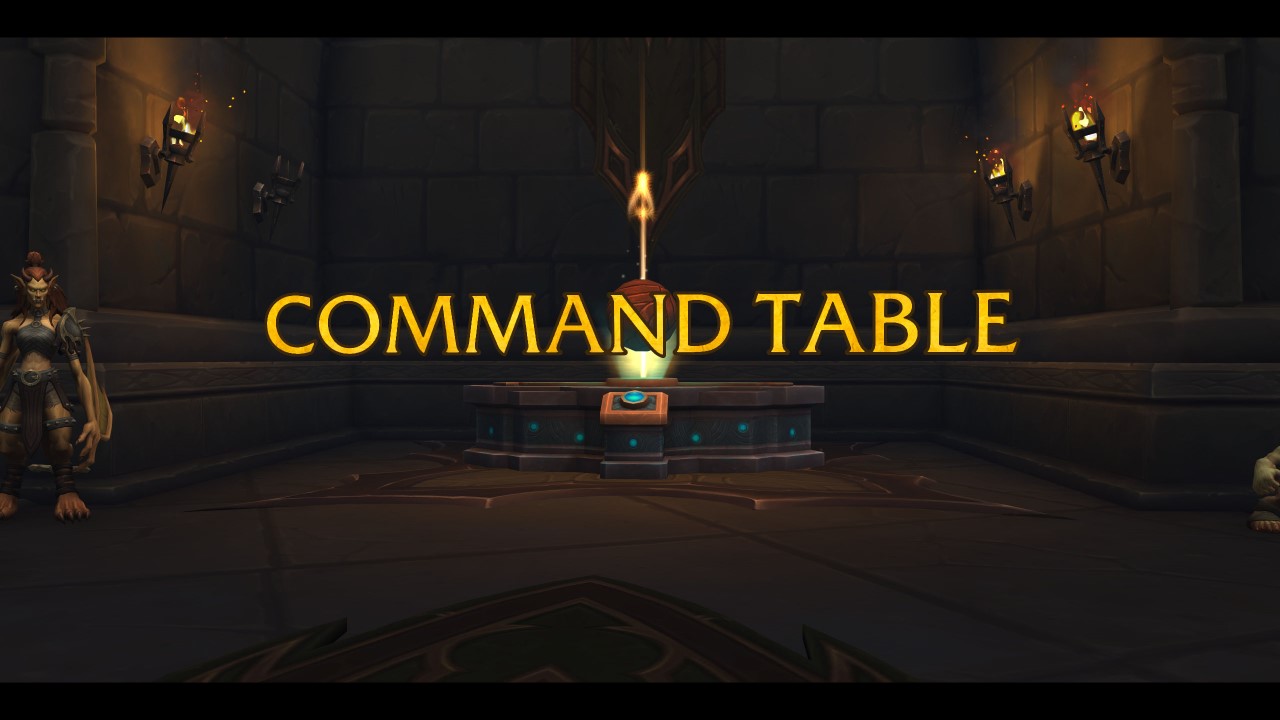 Companion missions return in World of Warcraft Shadowlands in the form of the Command Table, and you’ll need to grab some Anima and Redeemed Souls if you plan to utilize it. The Command Table isn’t as essential to your progression as the old mission tables in Draenor, Legion and Battle for Azeroth, but it’s still worth your time to unlock it.

The Command Table in Shadowlands is unlocked as a Sanctum Upgrade.

Once you have access to your Covenant’s Sanctum Upgrades in Shadowlands you’ll notice one of the options is for the Adventure Command Table. It will cost you 1000 Anima and 1 Redeemed Soul to build, but you’ll farm those up during your Covenant’s first campaign chapter as a part of the general tutorial. Once you select the Command Table and decide to build it you’ll have to wait an hour for construction to complete.

Once done your Command Table will become accessible within your Sanctum (the large vertical diamond with an orb in the center on your map and minimap). Your first Soulbind will act as your first companion, and you can recruit more by completing Covenant campaign quests and from within Torghast. They still level-up as you send them on missions, but the Command Table has a more “tactical” setup you should take into consideration.

Instead of a percentage-based system based around sending companions with recommended abilities, the Command Table in Shadowlands features a miniature auto-battler. You will see a field of enemies above, and you can slot up to five companions on your side. Every companion has an ability or two, and you’ll want to know how each works, and how many rounds they take to come off of cooldown. Command Table missions are still time-based, but each round will play out in the background as the timer winds down. You want your team to be the last one’s standing.

Do bear in mind you need one named companion slotted to even take on a mission. There are a couple of generic companions you can send out, but you can add as many of these as you want to a mission as you please. The mission will cost more Anima for each companion added, so you don’t always want to stack the deck, but so long as you have enough health to survive the enemy’s attacks, and enough damage to kill them all before they can you’ll succeed. It’s still important to take the field of battle into consideration (if your enemies have a healer in the back row you’ll want someone who attacks the furthest enemy from them in your line-up).

You can earn Anima, gold, equipment, and even Soul Ash from your Command Table, so be sure to always have your companions out on missions, if only to level them up. You can track and control your Command Table via the official World of Warcraft mobile app if you can’t login for the day. Upgrading your Command Table will cost additional Anima and Redeemed Souls. The first upgrade will increase companion recovery rate by 25%, and the second will cut mission completion time down by 25%. Nothing mandatory, but these upgrades will make your Command Table in Shadowlands more efficient in the long-term.