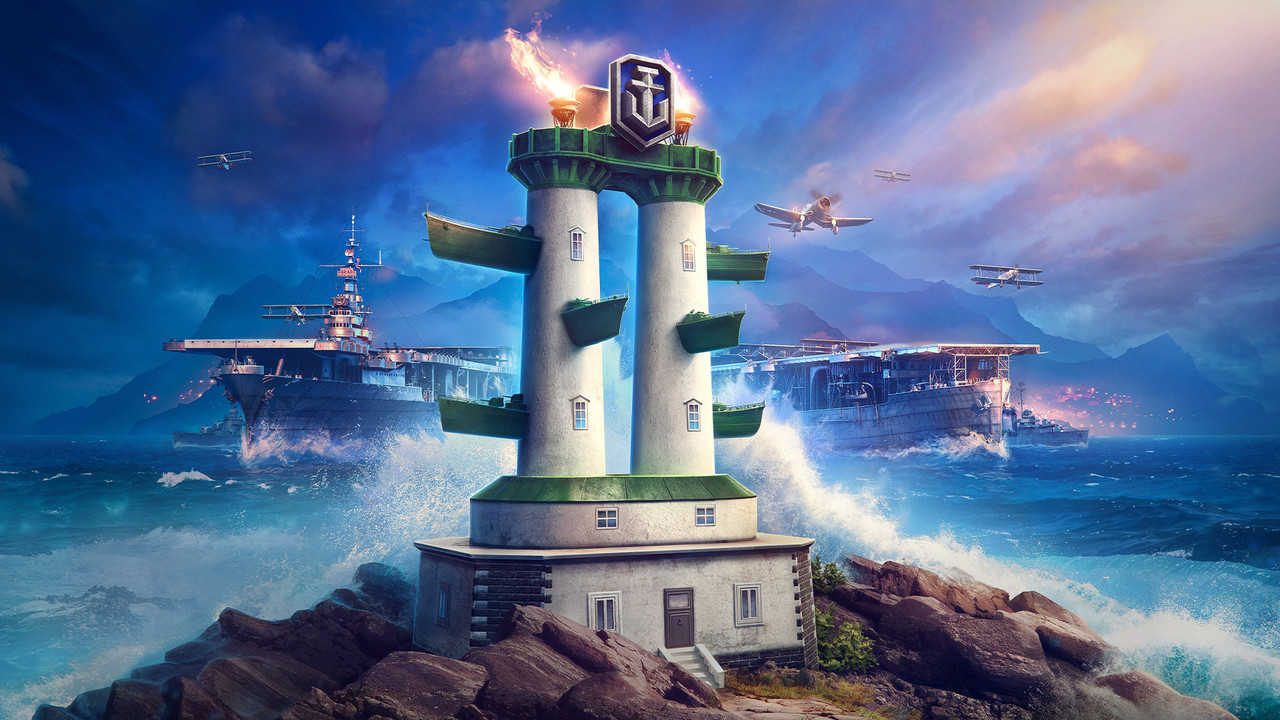 Update 1.63/1.65 has arrived for World of Warships: Legends, and here’s the full list of changes and fixes added with this patch.

A new update has now landed for World of Warships: Legends if you play the game on PS5, PS4, Xbox Series X/S and Xbox One. The patch size should be 3000 MB on all platforms.

A new campaign is on offer that you can earn rewards for if you play this update. The Soviet Campaign starts on August 30th and runs until October 4th.

First off – a Soviet campaign with traditional 100 milestones spread over 5 weeks. Tier VII Premium Cruiser Pyotr Bagration barges in as the ultimate reward (obtainable with a 2500-doubloons Admiralty Backing). This warship, based on a project of a heavy Red Navy cruiser, is quite a formidable threat. It boasts nine 7-inch (180 mm) guns and a decent AA suite, improved with experience of naval battles of WWII in mind. With maximum speed capped at 34.5 knots there’s a lot of flexibility in your positioning. The mix of her strengths provides an interesting way to fill different battlefield roles. Try it yourself and see!

Below you can find the campaign rewards breakdown with corresponding doubloon values.

Rewards you can get without Admiralty Backing:

Value of the rewards without the Admiralty Backing: 15,760 doubloons

Additional rewards you can get with Admiralty Backing (2500 doubloons):

Total value of the rewards including the Admiralty Backing: 69,990 doubloons

What are those thunderous sounds? That’s the mighty Transformers paving their way back to the seas! This collaboration sees 4 new commanders added to Legends, both Autobots and Decepticons, with corresponding skins for Tier VII ships as follows:

Check the store to learn more about this offer and don’t miss a blog post with detailed breakdown of the Transformers collaboration tomorrow.

Please note: you’ll be able to acquire any of the Transformers content from the previous collaboration (including Megatron, Optimus Prime, Bumblebee and Rumble) starting first week of the update, August 30, while the new reinforcements of Grimlock, Hot Rod, Soundwave and Starscream will arrive on week two, from September 6.

TRANSFORMERS and its associated characters are trademarks of Hasbro and are used with permission. © 2021 Hasbro. All Rights Reserved

Next come even better news, comrades. Three fresh-off- the-dock dangerous Soviet destroyers: Soobrazitelny (Russian for Sharp) at Tier IV, Boevoi (Russian for Pugnacious) at Tier V and Kiev at Tier VI wait for you in Early Access as an alternate branch. You can receive these warships with unique personal missions, one per ship, while opening dedicated Soviet destroyer crates and Big crates (with a better chance to get an Early Access DD). If luck is not your signature trait, worry not – those warships will become researchable as soon as the next update with Udaloi capping off the branch at Tier VII.

To learn more about these feisty vessels, check out our upcoming feature blog post.

Arena is coming back – with three short-timed seasons this time! Arms Race mechanic is an effective way to spice up the flow of battles, and it’s active for all three seasons. Battle with Tier V-VII ships, depending on the season rules (with no carriers allowed whatsoever) and earn rewards according to your overall placement – the better you do, the more you get. Prizes include steel, commander progression items, crates and more. The action starts on 9th September, so be prepared!

You can learn everything in detail about these Arena seasons in our dedicated blog post next week.

New season – new crate! This time, the Big one lets you obtain London, West Virginia and Błyskawica among other in-game content. Check the droprates for this crate and any other of your interest at https://wowslegends.com/containers/.

We are bringing in a lot of changes in this update. Those include both nerfs and buffs – to popular and less so ships (13 in total), commanders and skills, toning down a bit some of the most effective ones and improving those that are underperforming, according to our stats. You’ll notice that we touch two of the most popular destroyer inspirations, and that is done in hopes of more diversity when it comes to builds, however, the well-known combo will still provide the best concealment.

The stock main battery reload time was increased from 6.5s to 7s and for the major upgrade from 6s to 6.5s

Radius of max dispersion of main guns decreased by 10%, penetration of AP shells increased by 5%. Repair party reload time decreased from 60 to 50 seconds, HP/second regeneration is increased by 33%.

Reload time of torpedo tubes decreased from 101s to 91s.

Shell grouping decreased by 5%, rotation speed of main guns decreased from 4.5 degrees per second to 4.

Shell grouping increased by 2.5%, radius of maximum dispersion for main guns decreased by 10%. Rudder shift time decreased for both hulls from 19.7s and 14.7s to 18.1s and 13.4s respectively.

Rotation speed of main guns increased from 6 degrees per second to 7, armor against HE shells for steering gears and engine increased as well.

Repair party added to the slot with Smoke Generator as a consumable of choice.

The Oklahoma project will become deprecated after the September update. It means that you need to have at least 1 research point in the project to be able to finish it later. Make sure that you research it at least for a moment, so that you can finish it, if you haven’t yet!

Premium ships in this update

We realize this is a very unusual way of delivery for a Legendary tier ship, but we also felt it’s time to try something new. While only a handful of players will be able to get her right away, we know a lot among you have multiple Global XP ships, so while this is certainly a long-term goal, it is not beyond the horizon. Also, considering Stalingrad is our first non-Bureau Legendary ship, we’re making her available with a permanent camouflage from the get-go. When it comes to what this ship is, think of a huge cruiser with 12-inch (305 mm) guns, offering an excellent performance with AP shells, serious HP pool and quite a bit of speed, and a choice between Defensive AA fire and Radar to boot. Please note, also, that Stalingrad is not a Premium ship, but simply a ship of Legendary tier, so changes to her performance are very much possible and even likely, please consider that before making a purchase.

All the info taken above is from the official game’s website. World of Warships: Legends is out now for PS5, PS4, Xbox Series X/S and Xbox One.