It all depends on the situation. 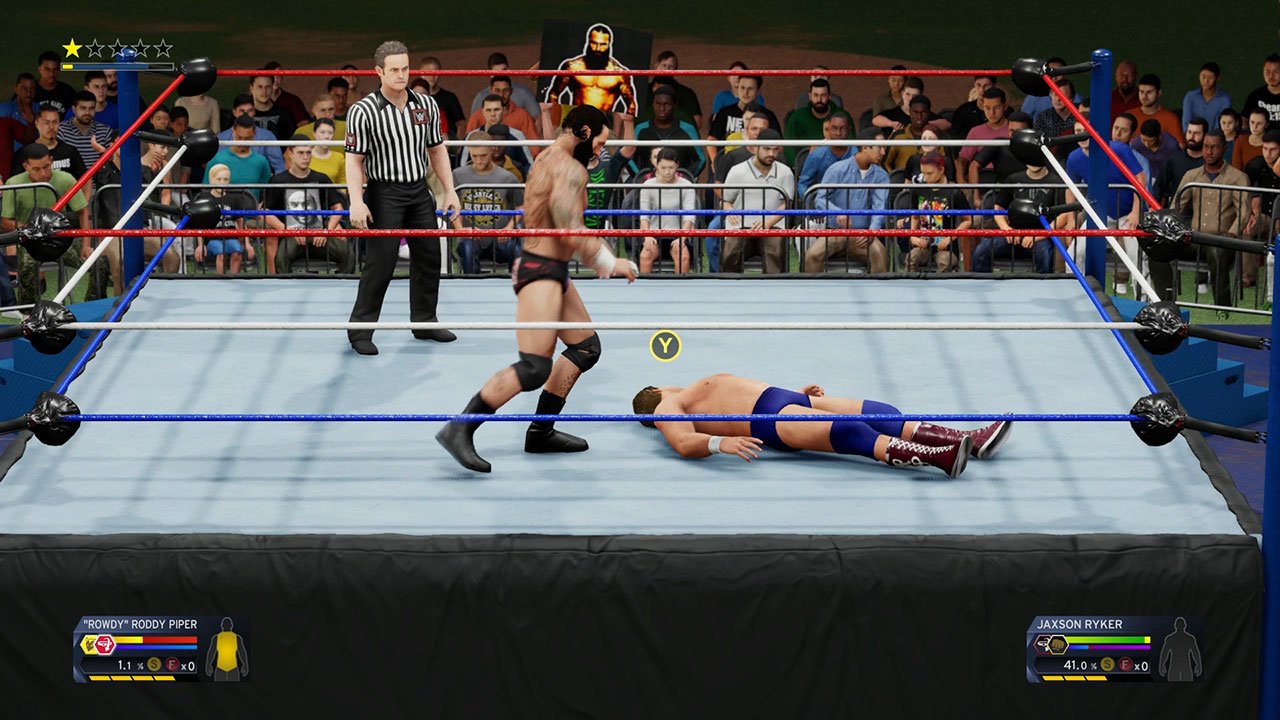 WWE 2K20 has plenty of moments that’ll have you mashing buttons trying to get up off the mat.  However, it’s not quite as simple as pressing a button to get up in WWE 2K20.  In this guide we’ll explain the different ways that you can get up and start attacking your opponent instead of just laying there to take a beating.

There are quite a few different ways to get up in WWE 2K20, but they aren’t as simple as pressing a button to get up.  How you will avoid getting hit more depends on the situation and we’ll go over a few of them right here.

How to Get Up When Pinned

If you are pinned – Press the A Button (Xbox) or X Button (PlayStation) when the meter lands on the target zone.

To kick out of a pin, press the A Button when the blue bar overlaps with the red zone.  The bright red section shows the bonus given by the PIN ESCAPE attribute.  Wrestler Resiliency Payback ability can kick out of the pin by pressing the RT + Y Button (Xbox) or R2 + Triangle (PlayStation).

How to Get Up With Rope Break

When pinned near the ropes you can use the Rope Break ability and use the rope to escape.  When prompted press the appropriate button to use the rope break.

How to Get Up With Reversal

Sometimes your character will just lie there, but you’ll see a Y or Triangle prompt just prior to being hit.  This is your reversal move, and it can be used to get up sometimes.

How to Get Up From Drag

If you are being dragged by your opponent you can escape from a drag by pressing the B Button (Xbox) / Circle Button (PlayStation).

How to Roll Out of the Ring