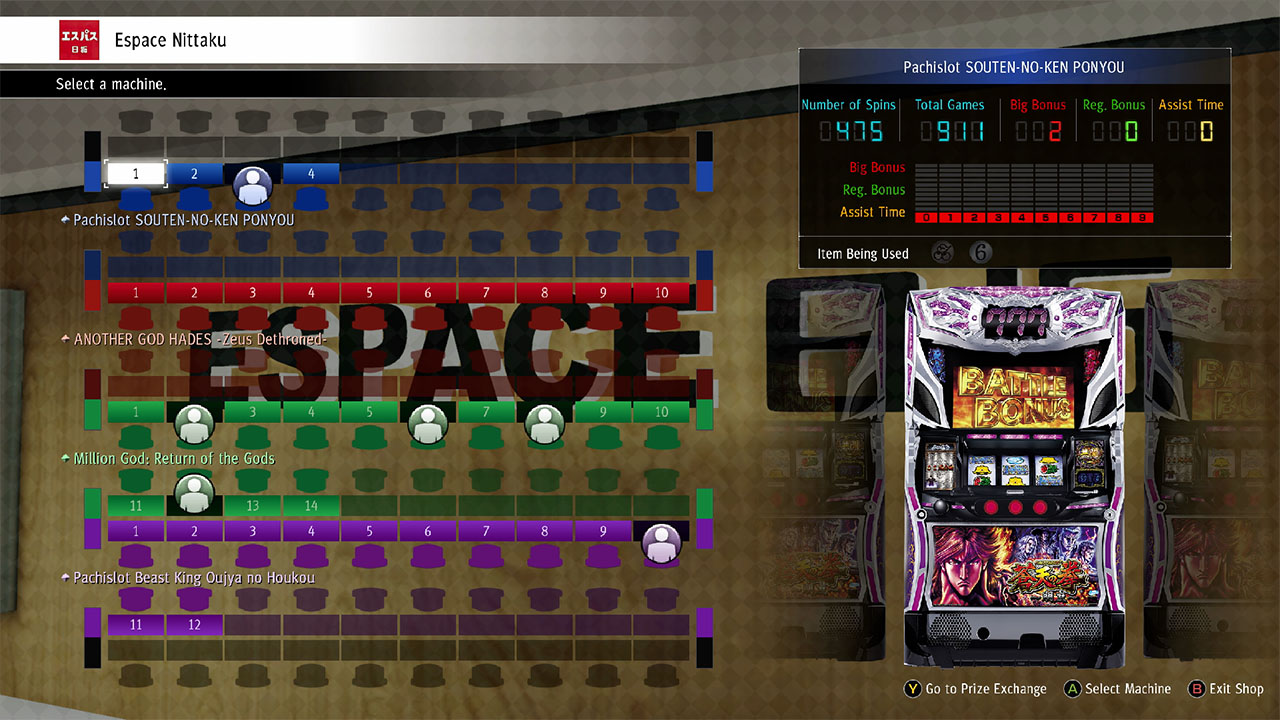 Yakuza: Like A Dragon is the newest game in the now long running Yakuza series. The franchise has been known to really embrace the idea of the Japanese setting with things like arcades and more. Japanese style slot machines are also part of the game as well, but there’s something strange about them when you first check them out. This is because they are not actually part of the initial game and you have to download something to play them and this guide will explain just what you need to do to get access to them.

How To Play Slots

Similar to the arcade machines in Yakuza: Like A Dragon, you need to first open up the map and look for the pink game controller icon. You want to go to the ones that don’t say Club SEGA, so head to one of them. When you approach the building, it will ask you if you want to “Play Slots” among other options, so pick that one.

You would expect Ichiban to just enter the building at this point and be able to play slots like with the arcade machine, but that is not quite the case when it is your first time. At least for the Xbox version of the game, there is actually something you have to download to have access to the game.

When you try to select one of the slots to play here, you will be prompted with a message on Xbox at least that says “In order to play this machine, you will need to download add-on content from the Microsoft Store. Open the store page?” Your first inclination here may be that you actually have to pay to get credits for the slots or something, which would have been really messed up. However, that is thankfully not the case. Instead, the store will open and there will be a free item known as the “Yakuza: Like A Dragon Pachislot Machines” that you need to download. Downloading this will add four Pachislot machines to parlors around the city for you to enjoy. The only downside here is that these Pachislot machines alone are 9.15 GB on Xbox One at least, which greatly increases the overall file size of the. It makes sense that they included them as a separate download for that reason, so make sure to follow these steps to download them if you want to play.

Home / Game Guides / Yakuza: Like A Dragon – How To Play Slots