Yooka-Laylee and the Impossible Lair: How to Find Chapter 14 Hazard Hanger Secret Exit

Just when you think you're reached the end of the stage, a secret exit can be found. 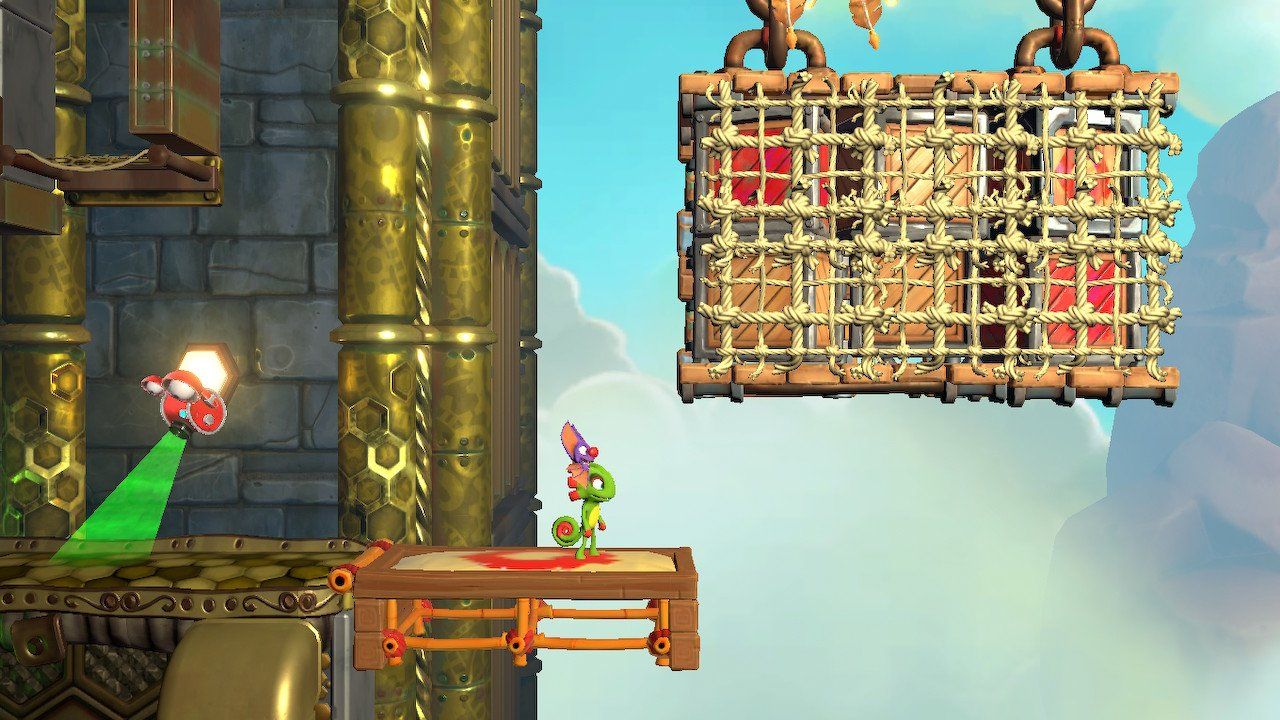 After placing the first two secret exits in the game pretty close together, the third of the bunch is not found until much later in the game in Chapter 14 Hazard Hanger. For this one, you are going to want to play the default version of the level where the entrance is face up, rather than face down. This guide will explain where in the level you can find this secret exit.

Like the other stages, you are going to have to play through most of the level before you can access the secret exit. This one is even more hidden than the first two though, so it can be easy to miss.

Near the end of the stage, you will have to grab onto a container with rope on the front and move around to avoid being hit on the way to the other side. Follow this all the way across, but do not jump off when you have a chance.

Instead, you must stay on this container as it moves upwards, which only gives you a tight window to squeeze between a moving block that will kill you quickly. The best strategy is to move down on the container and when the gap opens make a jump up through it instead of just climbing itself. 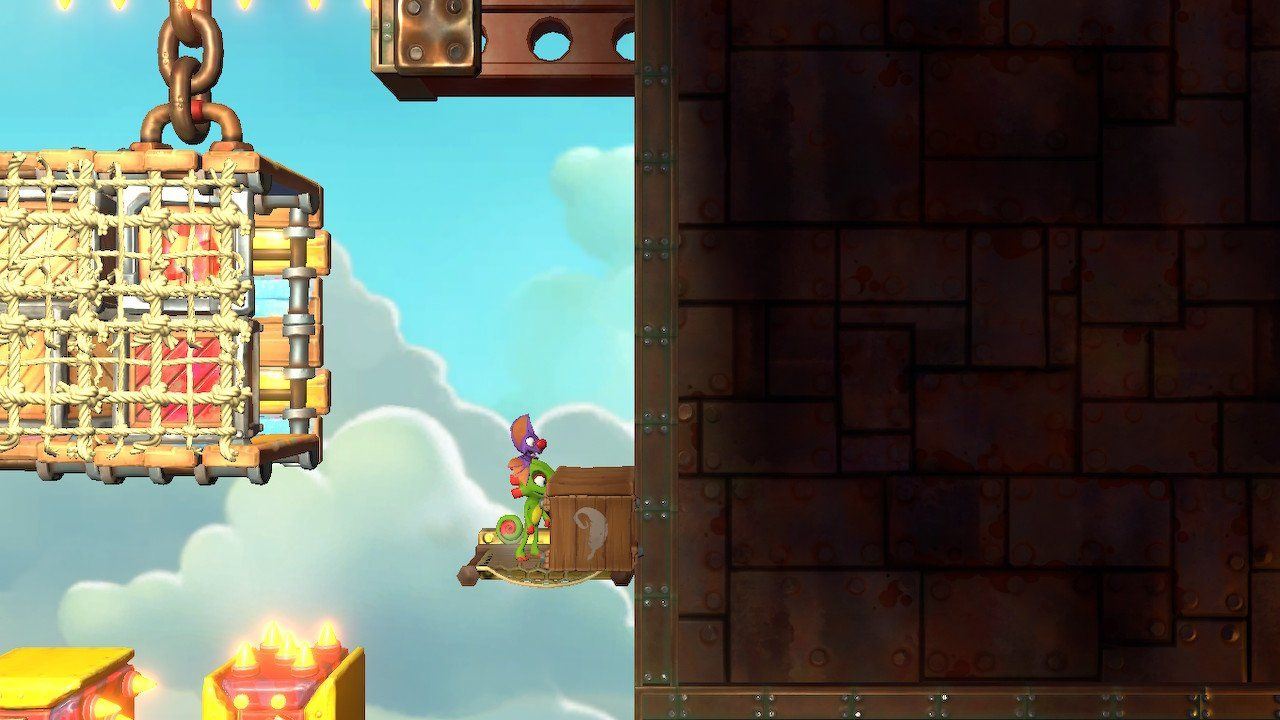 When you get above these blocks, the container will stop and you’ll see a ledge on the right side with a Quill box. Jump off here and hit the box to find a Ghost Quill, which will put Quills for you to collect on the container to the left. You should have plenty of time to get them all here, but don’t take too long because there is a timer. 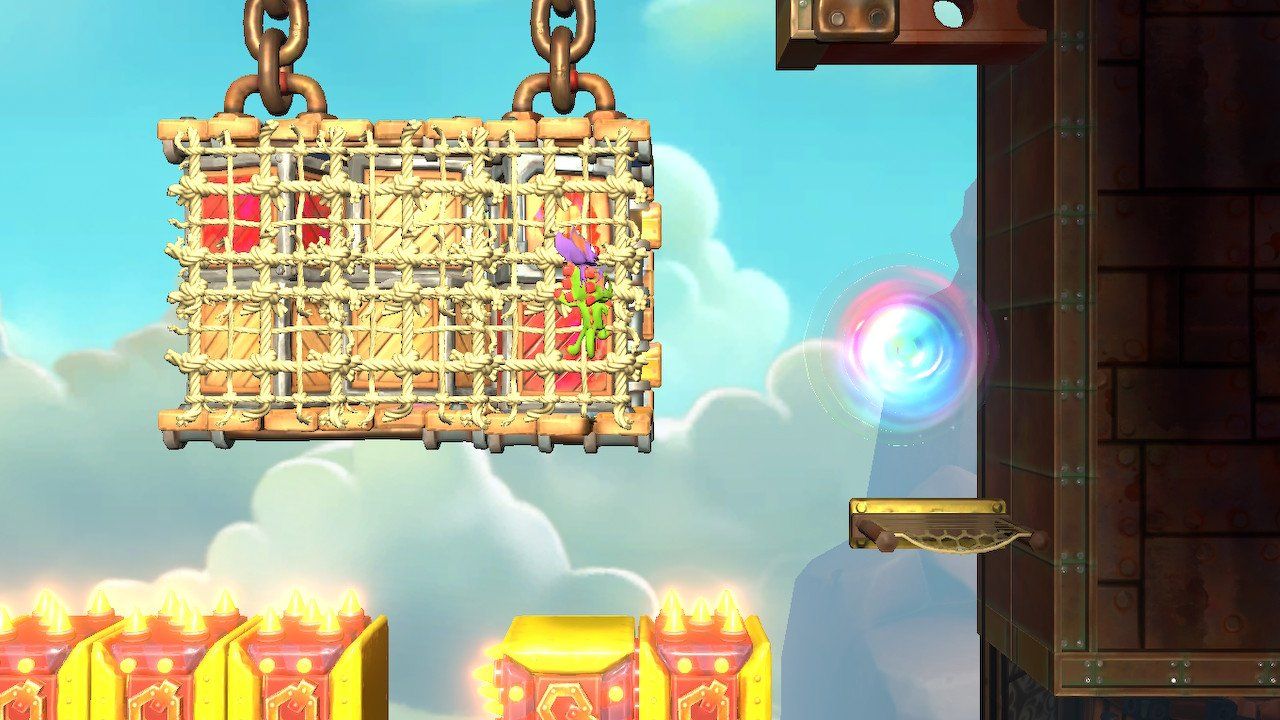 As soon as you collect the last one, the secret exit for the stage will appear on the right side and you can go that way and jump into it to finish the stage. This will then bring you outside just north of the stage on a ledge where you can get another Beetallion.