Find the final secret exit in the game. 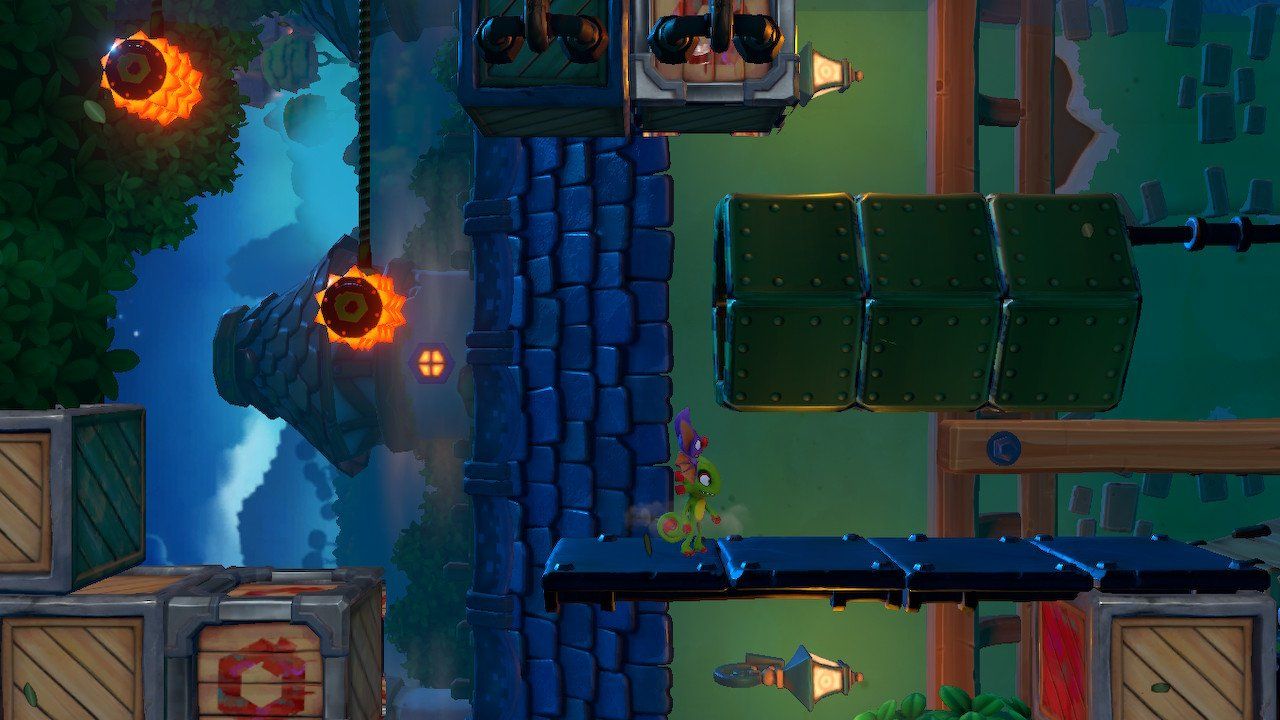 Yooka-Laylee and the Impossible Lair features 20 stages in the overworld, each with their own variant version for a total of 40 in the game. Within these 40 stages, there are four secret exits to be found and we have already covered three of them. Now it is time to go over the fourth and final of the secret exits, which is found in Chapter 16 Queasy Quay – Climb.

This secret exit cannot be found in the basic version of Queasy Quay, but rather the alternate version that requires you to use the switch to raise the bridge and then enter the stage when it is vertical. As the stage name suggests, you will be climbing up throughout the stage, which will eventually get you to the part seen above. Taking the rope to the left will continue and take you to the end of the stage, but going in the pipe directly above Yooka and Laylee in the picture will allow you to get the secret exit.

You probably will need to do a little bit of planning before starting the stage for this one though. The Slow-Mo Tonic is almost a necessity unless you have perfect timing here, so make sure that you have grabbed it and equip it to start the stage. Then get to the point mentioned above with the pipe and walk through it, but don’t jump onto the platform on the other side of it yet. 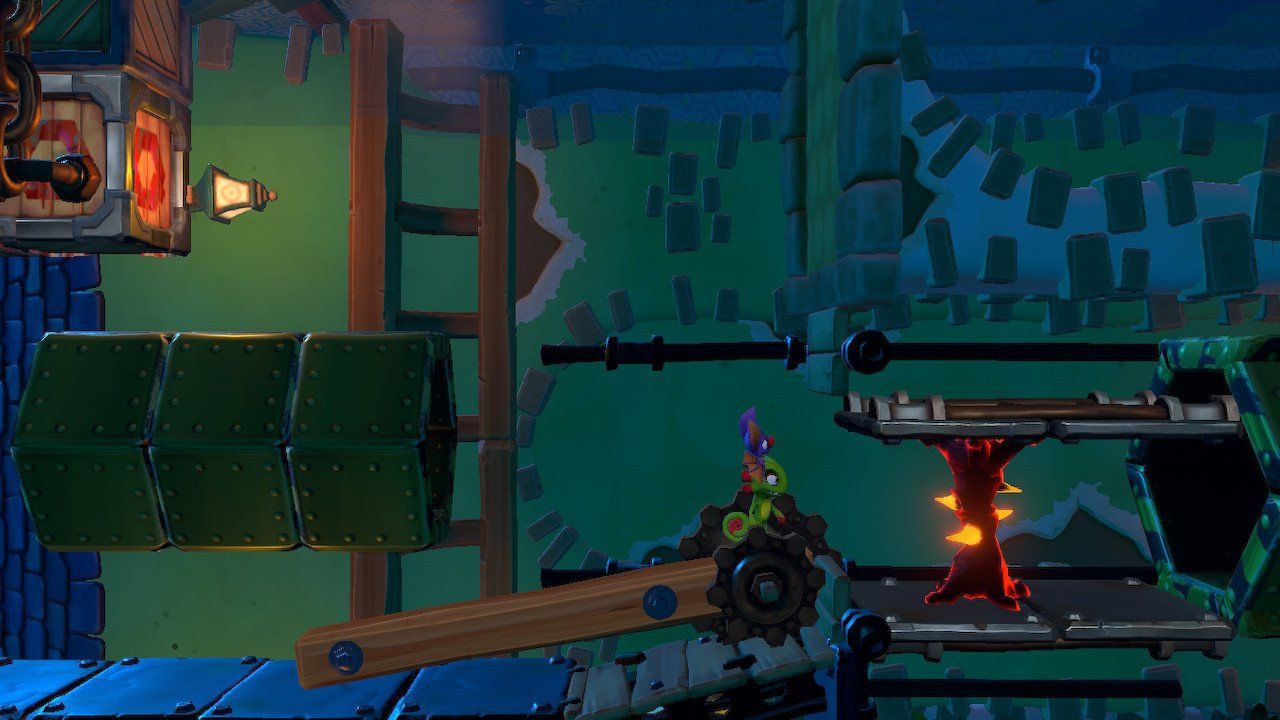 Once you land on the wooden plank, it will go down and the platform on your right side will start to fall. This is the point you want to activate Slow-Mo by pressing A on Nintendo Switch. As soon as this platform falls, you must roll and jump across to the pipe on the other side. Another platform is going to fall down here, so you need Slow-Me to beat it. Otherwise, that platform will hit you and knock you to your death. 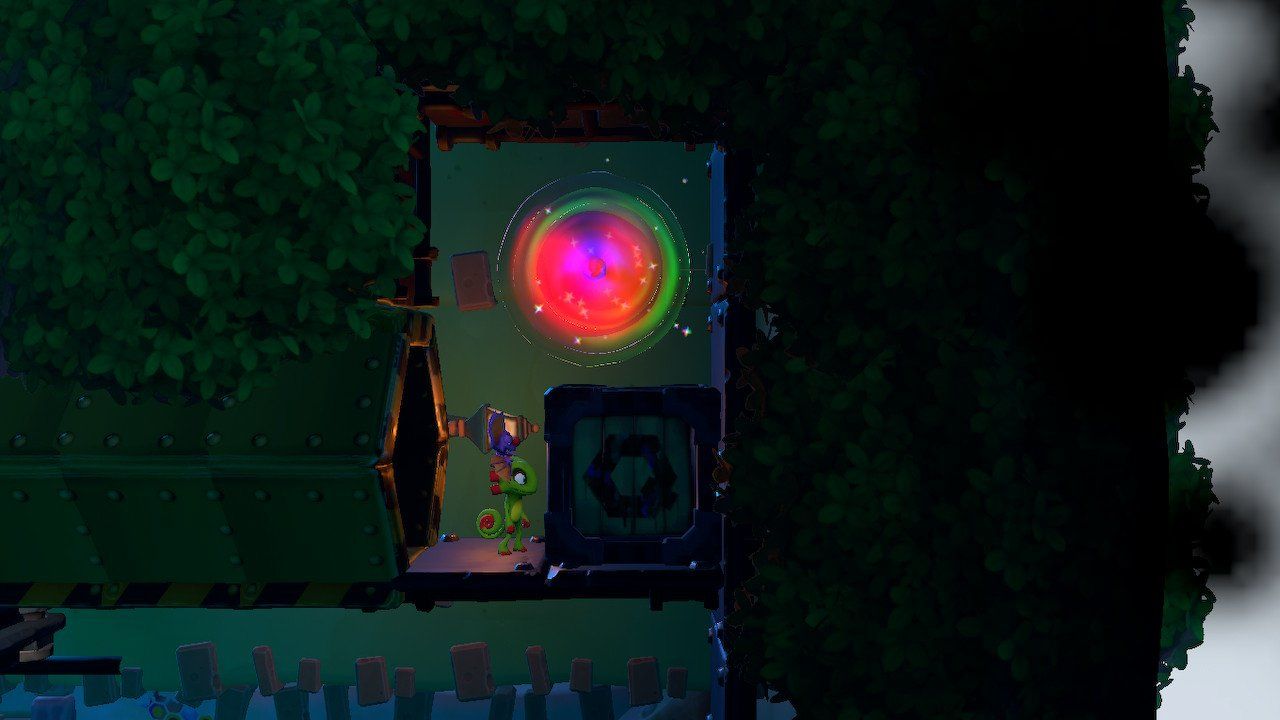 After you get into the other pipe, walk through it and you will find yourself at the Secret Exit. Now back outside the stage, go a bit north and you will have access to yet another Beettalion.