Yooka-Laylee and the Impossible Lair: How To Get Laylee Back

Don't stay solo for too long. 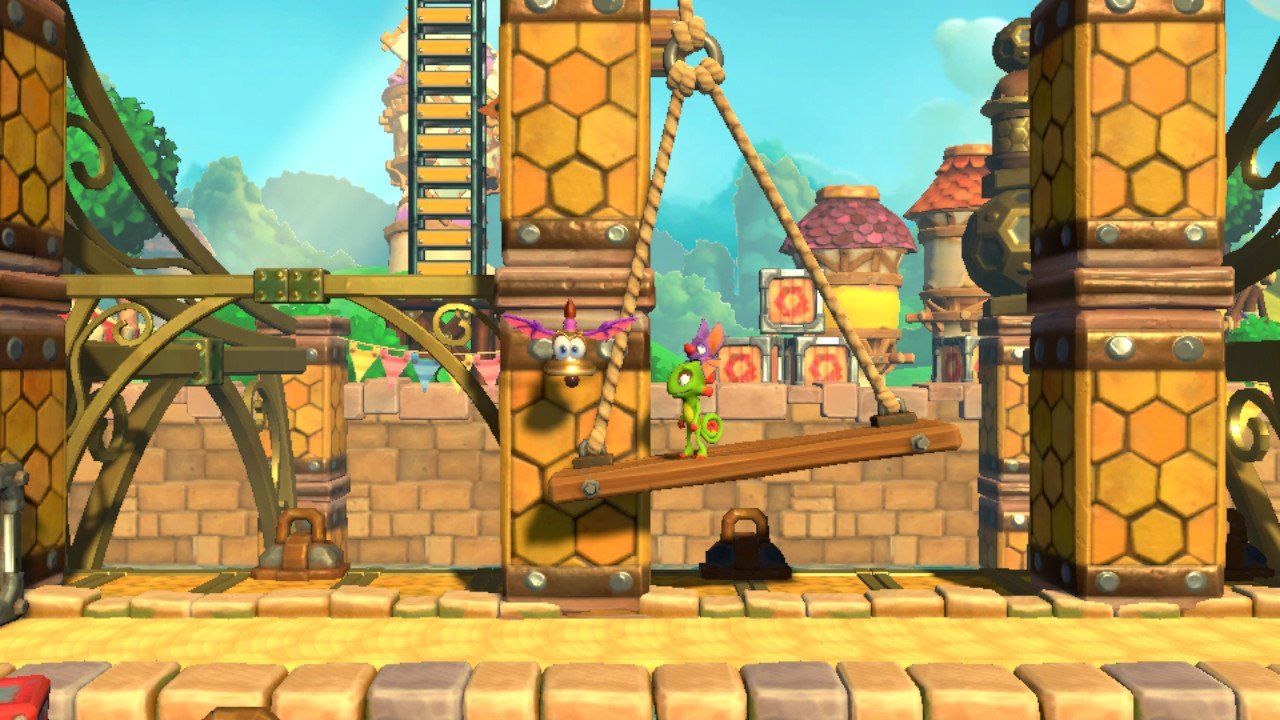 The original Yooka-Laylee was definitely a play on the classic Banjo-Kazooie series, which is no surprise considering Playtonic Games is made up of former Rare developers that worked on Banjo back in the day. The dual character structure is still every bit as important in Yooka-Laylee and the Impossible Lair, but here you can lose Laylee very easily and this guide will detail how you can get her back in the case you do indeed lose her.

Yooka-Laylee and the Impossible Lair adopts a system similar to that of Super Mario World 2: Yoshi’s Island, where you can take two hits as a character. The first hit will knock Laylee away and a second will cause you to lose your life when you are just Yooka.

When you do get hit for the first time and Laylee flies away, you have a short window to save her by touching her as she flies around erratically. This is like how you can save Baby Mario quickly too in the aforementioned Yoshi’s Island.

To extend this time for you to save her, you can activate the Catchee Tonic. You don’t even have to work to find this Tonic, as Vendi will give it to you when you first talk to her at the start of the game. This can be very helpful, but it does come at the cost of reducing the number of overall Quills you get in a stage.

If you do not manage to save Laylee before she flies away, all hope is not lost. There are two other ways to get Laylee back within the same stage. The first way is to find one of the bells found all throughout the stage and ring it. This will immediately return Laylee to your side, typically leading to you not being without her for too long.

The other way to get Laylee back is to just die in some fashion. By doing this, you will then start back at the most recent checkpoint with Laylee in tow. You aren’t going to want to use this strategy if you haven’t gotten a checkpoint in awhile, but it can be a solid strategy if you got hit right after one.

Home / Game Guides / Yooka-Laylee and the Impossible Lair: How To Get Laylee Back